Since the orginal date for the opening games has already come and gone, most of you have already held your drafts. If you are lucky enough to have had your draft day pushed back, you will be in a unique position to take advantage of the inefficiencies from earlier drafts. Normally, during this time of year we would bring you three to keep, three to drop, and three to add (or some variation thereof). Obviously, no one is dropping anyone at this point since no one has played any games.

However, we do see some pecularities in the draft when we compare the players with their different projections. Of course, there lies the rub. Which projection system do you trust? I have always been a big believer in using multiple data points. Since we have more time on our hands than normal, I decided to take the top 25 players at each position (75 for outfielders) and look at their Steamer and Rotowire projections. So, following is the positional average at catcher with walks included for six category players. All rankings and draft results will be based on Yahoo rankings.

Of course, seeing these numbers are important for two reasons. First, when looking at the average it gives you an idea of who your regular should be better than. Theoretically, when you take 25 players, the average should be between 12 and 13. That’s the bottom of the barrell in terms of starters. Secondly, we notice that Rotowire is a little inflated (or Steamer is deflated). That should be something we keep in mind when looking at individual players and their projections in each platform.

It’s hard to explain why Mejia was overlooked in so many Yahoo leagues. 13 catchers were taken in more than half of their drafts. 14 were taken more often than him. Of course, this depends on which projection you choose to buy. Either way, he surpasses the positional average in two or three categories depending on which projection you believe. I don’t think I’d buy him as a viable regular catcher (even though that is where Yahoo had him pegged), but he should be an excellent back up candidate.

If you’ve already had your draft you should keep him on top of your list to watch if he is available. He may not be better than your regular, but he has the potential to break out and become a bonafide top ten fantasy catcher. Having two top ten fantasy players at a position will always come in handy when trade season gets started. He may not be available in your league. If he isn’t you can check out one of these two guys.

Again, you have to manage expectations. If you are hunting the waiver wire for a regular fantasy catcher you are in some serious trouble. One of the things we have to explain is the gap between 5 and 6 category formats. Yahoo doesn’t think have Perez in their top 25 in basic five category formats. We left out some guys because they are officially backups on their team. This is always the tug of war when you get to the bottom of the catcher position. Do you want a lesser regular or a more productive backup.

This is one of those instances where it depends on your source. He meets the average in five of six categories in the Rotowire projections, but only two in the Steamer projections. Still, he isn’t far removed from the average in either source with the exception of batting average. Don’t let one bad category ruin it for you. This is especially true when looking for a backup catcher in a standard 12 team format. For his career, he has a .234/24 HR/70 Runs/74 RBI/1 SB/55 BB. If we look at that from a 120 game standpoint that would be .234/18 HR/52 Runs/55 RBI/41 BB.

The only drawback to Chirinos is age. This is his age 36 season and we know what happens with catchers when they reach their mid-thirties. They can suddenly drop off and turn into pumpkins. Still, he will get the bulk of the playing time in Arlington, so it makes perfect sense to keep tabs on him especially in the early going.

Author’s note: The Hall of Fame Index Part II is live in Kindle formats and in paperback. The Kindle version is available for only $5.99 while paperbacks cost only $14.99. It is a perfect opportunity to catch up on some reading while we wait for baseball to come back. 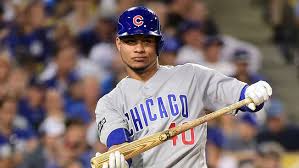