Joe Ross has probably thrown under the radar his entire life. Younger brother to Tyson and now in a rotation with Stephen Strasburg and Max Scherzer, Ross has wrongfully received less praise than he deserves. I wrote a little about Ross last year late in the season as he was cruising to a rookie-year 3.64 ERA. You never know with young pitchers what will happen, but this year in more innings Ross has built on that promise he showed as a rookie to help make the Nationals rotation the fourth-best in baseball.

As Washington’s nominal fifth starter the just-turned 23-year-old has an ERA better than every other Nationals starter, save Strasburg, and his FIP is one-hundredth of a point better than Scherzer’s. Ross has nine quality starts out of 14 turns this season, which is impressive because his innings are already being monitored. Only twice has he allowed more than three earned runs, both coming against American League teams. Only three times last year in 14 starts did he allow more than three earned runs. He did have one start of 2.2 innings where he gave up three earned runs, though. Even though Ross doesn’t strike out many batters (7.5 K/9 this year, 7.79 for career) he’s almost always getting into the sixth inning.

Ross’s paychecks are earned by his slider, which, among pitchers with at least 400 thrown this year, his 40 percent whiff rate ranks tied for third behind only Clayton Kershaw (Yay!) and Michael Pineda (Boo!). Ross is using his slider 37 percent of the time this year, which is up just a bit from last year’s 35 percent, and hitters are hitting only .130 with a .099 isolated power against it. The Iso on the pitch is very good, but since he throws it so much hitters have had more opportunities to hit it so it doesn’t rank at the top of the leaderboard for Iso against. But using True Average Ross’s slider has a .155 TAv against, which is better than Chris Sale‘s, Zack Greinke‘s and Dallas Keuchel‘s this year.

Even though his strikeout rate leaves a lot to be desired Ross ranks 21st in contact rate at 75.8 percent, and many of the pitchers ahead of him are very, very good hurlers. Something to keep an eye on with Ross is his pitch usage – duh – but notably his fastball usage. Last year he didn’t throw a single four-seam fastball and threw sinkers 57 percent of the time. This year he threw 20 four-seamers in May and 36 in June, and his sinker rate has dropped to a career-low 40 percent in June. His sinker is his most easily hittable pitch, and while the four-seamer is still in development it has shown some life already: righties have struck out five times in eight at-bats ending in a four-seamer, and he’s only allowed two singles in 11 at-bats ending in a heater. The heater is a welcome sight, as his sinker isn’t too effective.

Ross just turned 23, so he’s done most of his quality work as a 22-year-old. With the wipeout slider and a newfound heater that could develop as a very nice complementary piece Ross is on his way to more national publicity, whether it’s this year or later down the road. 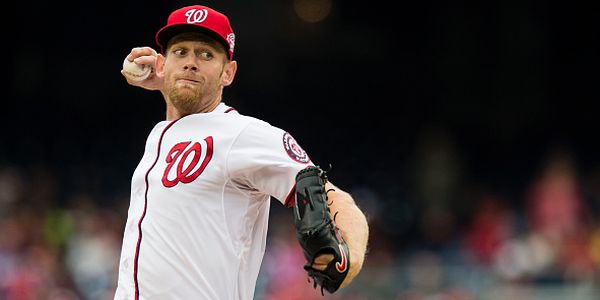