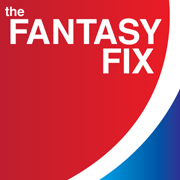 Hey folks! It’s the best time of the year – fantasy baseball draft season. The Fantasy Fix staff members use our own advice in our leagues, and we know you, the loyal readers, do too. So let’s see who’s really the best at putting the theories, advice and knowledge into action by going head to head with each other.

A few Fantasy Fix writers will take on a few more loyal Fantasy Fix readers in our annual Fantasy Fix Readers’ League. The league is free to enter, and the winner will receive a prize, which is to-be-determined for now. Also, everyone who’s selected to join the league will receive a free Fantasy Fix 2013 fantasy baseball draft kit – over 200 pages of information including player profiles, more than a dozen articles written by some of the most respected fantasy analysts in the industry, a mock draft and mock draft breakdown, rankings and more! The easiest way to be selected to participate in the league will be by simply leaving your funniest fantasy baseball team name, along with your Twitter handle, below in the comments. We’ll select five commenters to participate in the league (notifying you via Twitter), and the rest of the spots will be filled by our Twitter followers and Facebook fans.

Now the league details: The league will consist of 12-14 teams, and the draft is scheduled for 9 p.m. Eastern, Saturday, March 23. It’s a head-to-head, 6×6 league with OBP and quality starts the added categories. So get started thinking of hilarious team names or hope that we select you from Facebook or Twitter. Game on!

If you have any questions or comments about the league, please contact Andrew Miller at @44amiller on Twitter