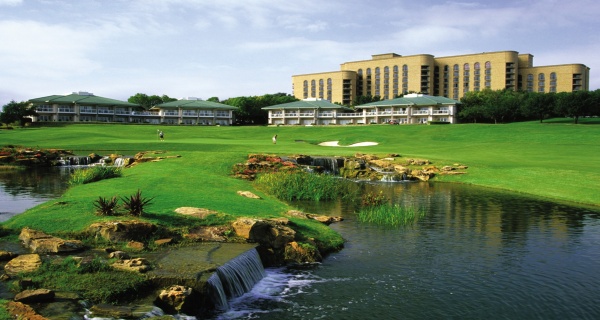 This week the PGA tour stops at the TPC Four Seasons Resort in Irving, TX for the HP Byron Nelson Championship. Below you will find my DraftStreet daily fantasy picks for the tournament this week. Come on and join me for a round! It’s a thin field week so you’ll need to dig deep for the picks this week.

The TPC Four Seasons is a 7,166 yard par 70 course that was built in 1983 and completely revamped in 2007. The cover photo for this week’s column is the beautiful 18 th that looks like it is out of a travel magazine and not a finishing hole for a PGA tour event. The course itself is known for its tricky greens so players who can handle themselves around the greens should be in play.

After the high flying field last week, we fall backwards and have just 15 out of the top 50 in the Overall World Golf Rankings in the field this year.

Patrick Reed withdrew this week, not with an injury, but with his wife expecting a baby. Briny Barid makes his return after missing time with a back injury as does Peter Hanson. Brad Fritsch is also in the field after missing the last couple of weeks. We also welcome Patrick Cantlay back to the tour since his last appearance in September. Pat Perez has also withdrawn late so get him out of your lineup if he’s in there.

Here is the top 20 from HP Byron Nelson Championship in 2013: 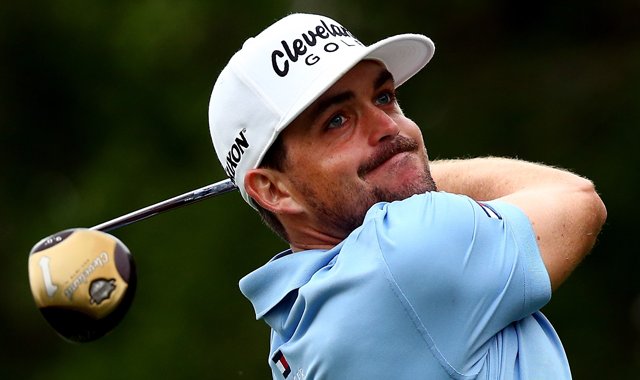 Keegan Bradley | $21,473 – Bradley has win and a second place in his three trips to this course. Yes, he missed the cut last week at THE PLAYERS, but I like him on this course.  Oh, he also holds the course record here with a 60 in the first round last year.

Erik Compton | $13,927 – Compton’s got four straight cuts made and tied for 34th here last year. He’s not a star, but you need guys who can make cuts and he’s one of them.

Graham DeLaet | $18,906 – DeLaet finished tied for tenth here last year and is first in GIR this season. He’s got a top end profile, but a salary that’s a notch below. He offers great value at this price.

J.J. Henry | $13,524 – Henry is a pseudo-local as he played his college golf at TCU just 30 miles away. He’s not playing well, but he’s made five of six cuts here (though he missed last year). He does have a tie for third in 2012. He’s another cheap option with course knowledge and some downside risk.

Justin Hicks | $13,524 – The folks at DraftStreet have caught on to Mr. Hicks nearly doubling his price from last week. Hicks just makes cuts with eight straight made this year.  He’s also fourth in greens in regulation this season. Start him with confidence.

Dustin Johnson | $21,600 – He’s got two top ten finishes in his four appearances at the Byron. You’d rather see him playing a bit better coming into the tourney, but his history trumps current form.

Colt Knost | $7,410 – Knost is playing on the Web.com tour this year and he hasn’t exactly been tearing it up. However, if you want to go cheap, Knost did finish tied for 21st here last season.

Bronson La’Cassie | $8,298 – La’Cassie is another cheap option without a record at this course. He’s made five straight cuts and has had some success at other TPC courses with sixth and third place finishes at the TPC course at Avenel over the last two seasons.

Marc Leishman | $17,868 – Leishman finished in a tie for twelfth last year and he finally saw a weekend last week at THE PLAYERS. He’s made four of five cuts here and never finished lower than 12th when he’s made the cut.

D.A. Points | $11,453 – He’s made every cut here since his debut in 2009. He’s done nearly nothing this season. He finished in a tie for twelfth here last year. Those are the facts. Do with that what you wish.

Jordan Speith | $27,315 – You gotta pay to play and Spieth is the most expensive on the board this week. However, he’s got a lot going for him as he’s a local and his last five starts are 10th, missed cut, tied for second, tied for 12 th and tied for fourth. He finished in a tie for 68 th last year, but he started of with a 69-68 to head into the weekend.

Robert Streb | $14,818 – For some reason when I see Streb’s name I think of former Blue Jays’ pitcher Dave Stieb. Anyhoo, he’s made eight of nine cuts and is third overall in scoring on par 4s (which comes into play this week as there are only two par fives on the course).

Andrew Svoboda | $12,098 –Svoboda is on a nice run of four straight cuts made including a tie for second two weeks ago. He’s also eighth in Greens in Regulation on tour this year and could make a nice lower dollar play.

Gary Woodland | $20,785 – If there is a hotter player in the field than Woodland, I haven’t found him. He’s made twelve cuts in a row and his lowest finish during this calendar year was a tie for 38th in the Humana Challenge back in mid-January. 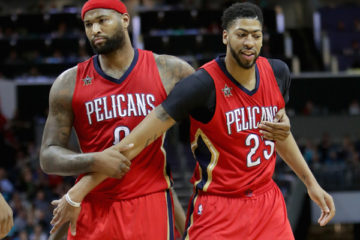