Fresh off a $105 million contract extension, Homer Bailey has had a dreadful start to his 2014 campaign. In three starts, Bailey has managed to get through 14.1 innings, while posting an 8.16 ERA. Obviously, this isn’t what Cincinnati or Bailey himself had in mind to begin the season, but is the sky really falling?

So, Bailey has improved his strikeout rate and his groundball rate, but his walk rate has taken a slight step back so far. His velocity is right in line with last year; maybe a tick below, but April velocity can be iffy. Basically, he’s the same pitcher, maybe a little better, except for the fact that 60% of the flyballs hit against him have left the yard. Obviously that’s unsustainable for anyone. (Bailey’s career rate is 11.2%)[am4show have=’p3;p4;p7;p11;’ guest_error=’Front Office’ user_error=’Front Office’ ]

To add a little more context, Bailey has allowed 10 flyballs. Six of them have left the park. His xFIP – FIP, the most popular ERA estimator taken a step further, uses strikeouts, walks, and home runs in order to estimate what a pitcher’s ERA will be going forward. xFIP sets HR/FB at ~10% (league average) – is sterling. The 2.81 mark is good for the 14th best mark in the majors among starting pitchers.  So, he’s had bad luck. That’s easy, but he’s also left a few pitches out over the middle of the plate. Thanks to an article on Fangraphs by Brad Johnson, I was given a template on how to illustrate Bailey’s struggles. 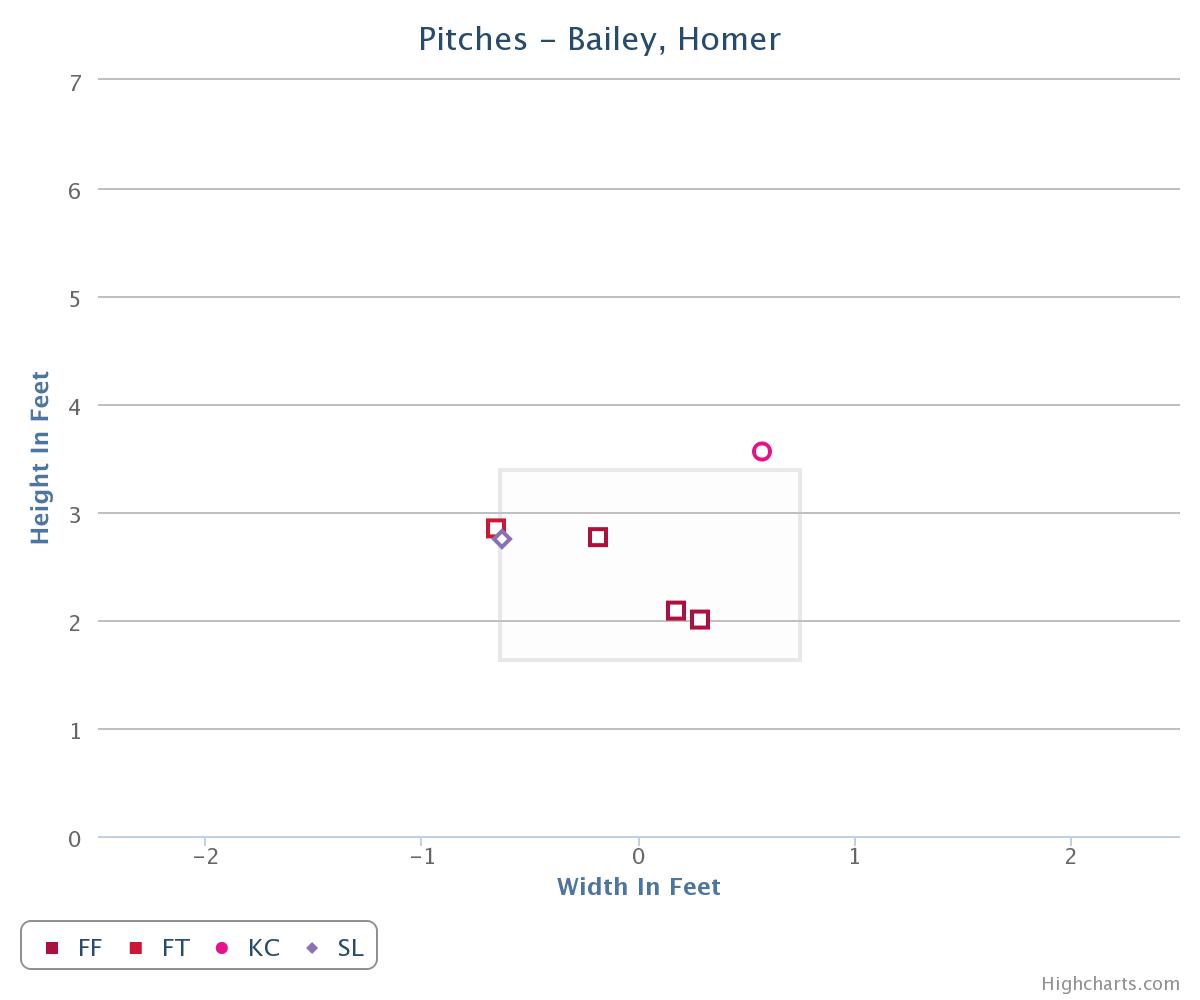 Bailey’s command hasn’t been terrible, but it hasn’t been sterling either. It just so happens that when he’s made mistakes so far, hitters have punished them. Four of the homers hit against him were up in the zone. The other two were closer to the lower portion of the zone, but directly of the middle of the plate. Onto to the gifs.

We worked our way from left-to-right through the homers given up. Travis Snider’s homer (gif 3) was definitely the cheapest of the bunch. Other than that, each homer was hit pretty well. Both Molina and Marte swatted hanging breaking balls out of the yard. The others came on misplaced fastballs. Four of the six home runs (Neil Walker, Starling Marte, Gaby Sanchez, and the aforementioned Snider) above came in Bailey’s start Monday, April 14.  It wasn’t just Bailey that night, though. The teams combined for a whopping 11 home runs across two days of action.

Bailey, except for the gifs above, has been pretty good. He missed his spots on the pitches above, and hitters punished him. I like his odds of being a punished a little less going forward.

As mentioned earlier, Bailey’s velocity has been essentially the same as last season, which is a good thing, because some questioned Bailey’s ability to keep his newfound 2013 velocity. It’s too early to pay too much attention to the usage of his pitches, but they’re similar enough to his 2013 totals to not signal a huge change of approach.

Aside from giving up the long ball, Home Bailey has been fine. He’s still getting ahead of batters at a league average rate. In fact, he’s probably pounding the zone a little too much (66.7% versus 47.3% career), but that will change as the sample size grows larger. He’s still inducing swinging strikes at an above average rate. In short, once again, don’t worry about Homer Bailey. He’ll be fine. If a panicking owner in your league is worried enough to cut bait jump all over him. And make sure you do it quickly, because the buying window might not be open long. 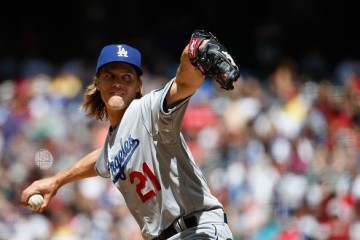 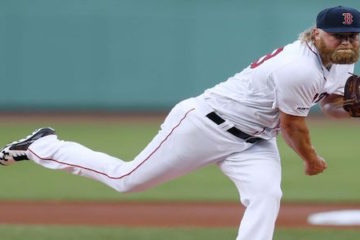 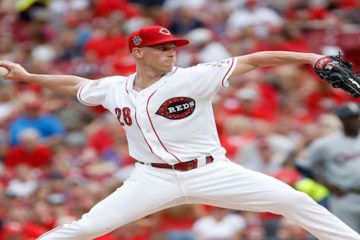