It’s always interesting how things look like they will last forever. When the offensive explosion began following the strike in 1994, we thought hitting would dominate forever. It seems that forever has come to an end. Such studies wouldn’t seem to belong on a fantasy sports site except that assumptions about the relationship between pitching and hitting are imbedded in our minds when making our pre-draft lists.

Think of it this way. Economics teaches us about the law of supply and demand. As supply goes down, demand naturally reacts and those items become more expensive. In the case of fantasy baseball, pitching has been at a premium for so long, we are used to moving pitchers up our draft board. Unfortunately, our perceptions of the rarity of good pitching are not as accurate as they once were. In the mid 1990s, pitchers like Randy Johnson, Pedro Martinez, and Greg Maddux were worth their weight in gold. While we don’t have any additional pitchers that dominate on that level (Clayton Kershaw, Justin Verlander, Felix Hernandez from recent seasons) there are more quality arms available than in the history of fantasy baseball.

A brief study in baseball history clearly demonstrates periods where offense was king and periods where pitching was king. If you spend a little more time you can even isolate the factors that led to the paradigm shift. In 1920, the league changed the ball and therefore ushered in what many call the Live Ball era. The change was as a direct result of nearly two decades of pitching dominance. The second world war issued in another change to what many would call a more balanced era in run production.

The expansion of teams of the move out west seemed to usher in another era of pitching in the 1960s and 1970s. The pendulum then began to swing back slowly towards offense in the 1980s until offense reached its zenith in 1998. Offense has clearly been king ever since, but the combination of the end of the steroid era along with concentrated scouting on pitchers has led to a return of pitching. The numbers over the past five seasons tell the tale.

Data analysis is rarely easy. If data followed a straight line then everyone could do it. However, we see another case where trends are pretty easy to follow. Run scoring is going down because batting average, on base percentage, and slugging percentage are all dropping. Therefore, home runs are also down. What we’ve seen in the past is that stolen bases tend to be more plentiful in eras where offensive production is actually down. It seems counterintuitive, but it makes sense when you consider that teams will try to manufacture runs when runs are harder to come by.

In recent drafts, we’ve seen teams place more emphasis on speed. They undoubtedly see the trends as well and are planning accordingly. The next big question is what this all means for us. The simplest way to look at it is to look at from an economics perspective. We have to put a premium on those things that are hard to come by. Power and pure hitting is becoming more and more difficult to come by. Offensively, we used to put a premium on speed, but if the past is any indication, we are going to see more and more of that as the other offensive numbers drop.

More importantly, on the pitching end, we are going to see an increase in strikeouts and a slight reduction in walks. In general, pitchers are going to be surrendering fewer home run balls and batting averages against will drop. So, in fantasy terms, we are looking at ERAs and WHIPs going down while strikeouts go up. Therefore, there will be more pitchers putting up what today would be considered good numbers. So, when planning your rosters for the rest of the year and beyond, it’s time to put more of a premium on hitting. 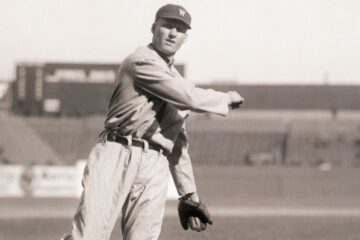 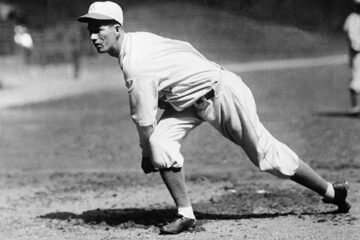