We finally get to the end of the road of the TRI vs. ADP series. The funny thing is that you will notice that many of these relievers officially qualify for the waiver section of the series. It goes to show that relievers are not necessarily as valiued as we thought in the NFBC. Yet, some of these guys are a victim of early drafting. Roles change as we get closer to the season and the last group of free agents finally sign with their teams. Relief pitchers are often the last to sign because there are so many of them and teams wants to make sure they fill out their rotations and lineups first.

The new collective bargaining agreement also has had a chilling effect on free agency. Teams will still lose a first round pick if they sign a player that has been tendered a qualifying offer, but now they will also lose the bonus pool tied to that pick. Teams in the bottom fifteen of the first round must surrender their pick if they sign one of those players. There weren’t any relievers that were a part of that group, but the domino effect from teams playing chicken with the qualified free agents slowed down the entire process again this offseason.

Like with the last group, a large part of the analysis of relief pitchers has to do with their likely role and not so mich what their index score is. However, as we said last time, when you see a teammate that has a higher index score than the closer, it makes you think that we might see a change at some point in the season. Of course, that is something we can always explore in more detail later.

This is an instance where a late signing has negatively affected a player’s draft position. Now, that Rodney has a lucrativae two-year deal with the Mariners, you can bet that he will have a longer rope than he would have had on a one year deal anywhere else. The Mariners have been begging for a more consistent closer and it remains to be seen if they got their hands on one. Rodney had a down year last year even if he did end up with plenty of saves. Of course, getting any closer that can save 30 games rather easily after the 200th overall pick you are doing pretty good.

Soria has spent the last three seasons coming back from injury hell, but before then he was one of the better closers in the game. Last season, he came back in the second half and seemed to struggle. However, as the old adage goes, pitchers don’t fully come back from their injuries until the second season and that would be the case for Soria. So, regardless of his role, he should be much more effective this season.

All that being said, he also has a golden opportunity to reclaim his closer’s role on a very good baseball team. Joe Nathan left for greener pastures, so now it is down to Soria and aa host of younger players. If Soria is able to handle the job, it would allow their young relievers to stay in the same roles they served in a year ago. I’m sure the Rangers would prefer that outcome, but we will have to see what happens in Spring Training.

When Rodney signed with the Mariners, Farquhar’s value slid off the map. All of those early drafters were probably pissed off when that happened, but these are the things that happen when you draft early. At least, the Mariners are armed with some experience at the end of the bullpen. If Tom Wilhelmsen makes a reappearance then they will have three experienced closers at the end of their bullpen. Add in James Paxton (seen above in the table) and you have the makings of a very deep bullpen.

As it stands, Farquhar is not a bad waiver pick up. Rodney was anything but nails last season and injuries always happen at the most inopportune times. So, having someone that can step in at a moment’s notice is a nice thing to have. I just wouldn’t waste a draft pick on someone like him at this point. Of course, that’s just me.

I said that I would largely ignore the index scores, but I can’t completely ignore them. Hawkins was signed as insurance for Rex Brothers, but the numbers show they would have been better off bringing Rafael Betancourt back. Hawkins has a long career as a quality setup man and some time logged as a closer. All of those times where he closed full-time he was this side of terrible. So, spot duty (like last season) may be one thing, but he has proven he struggles when given the job. Add in the fact that he is north of 40 and it makes you wonder how much he has left in the tank. 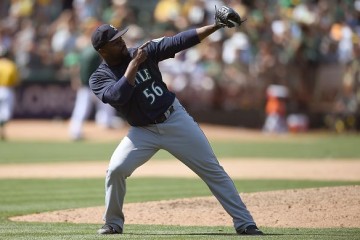 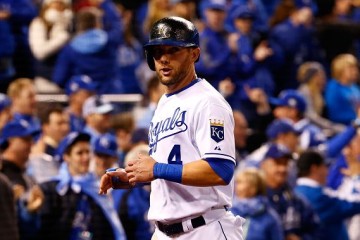