My wife and I were sitting at the local coffee shop here in San Diego just shy of lunchtime on January 22nd. We were both working remotely while waiting for an appointment to visit a school for our daughter. Shortly after picking up my red-eye from the barista, I shot out of my seat with my hands in the air when Steve Gardner emailed to formally extend me a seat at the the table of Mixed LABR. It was the call to the big leagues we’ve been waiting for for some time now. I graciously accepted the challenge knowing that I would be diving head first into the shallow end of the “who’s who” in the fantasy baseball industry pool. Names in the league include Steve Gardner, Jeff Erickson, Jason Collette/Paul Sporer, Todd Zola, Fred Zinkie, Ray Murphy, Jake Ciely, Rudy Gamble, Stephania Bell, Mike Gianella/Brett Sayre (reigning champs!), Howard Bender, Mike Podhorzer, Doug Anderson and Keith Hernandez. Eesh.

For those not familiar with LABR (League of Alternative Baseball Reality), it’s one of the first “high profile” fantasy baseball leagues that was originally created in 1994 by USA Today’s John Hunt. USA Today continues to run the league, but its fearless leader is now our friend Steve Gardner. This is a 15-team, 5×5 rotisserie format that accounts for runs, home runs, stolen bases, runs batted in, average, wins, strikeouts, saves, earned run average (ERA) and walks plus hits per inning pitched (WHIP). Roster spots include two catchers, 1B, 2B, 3B, SS, MI, CI, 5 OF, Utility, 9 pitchers (any combination of SP + RP), six bench spots and an unlimited disabled list. Free agent pickups are awarded via FAAB (free agency acquisition budget) once per week and each team starts with $100. Prospects are allowed to be drafted, but are not allowed to be picked up following the draft until they are recalled to the 25-man roster.

Aside from my traditional preparation for fantasy baseball drafts, I looked back at past draft trends, numbers from each offensive and pitching category needed to win and simply outlined draft targets and rounds I would hope to target them based on current NFBC average draft position data. I wanted power early and I hoped for two top-20 starting pitchers. These were simply general guidelines as I wanted to allow myself some flexibility to zig when others zagged during the draft.

You can view the draft results in its entirety here. Specifically, here’s how my turned out:

Instead of doing a pick-by-pick analysis, I’m going to quickly break down the hitters and pitchers by strengths and weaknesses.

Heading into the draft I wanted to land strong corners with power early on. I did just that with Paul Goldschmidt (1.02) and Chris Davis (2.29), although I almost missed out on Davis due to some connectivity issues (“rookie mistake”). Fortunately and unfortunately, Davis can slide into 1B/CI/OF or Utility for my squad. Based on some depth issues in the outfield I currently have him slotted in the OF due to a lack of depth there.

Up the middle with Odor, Bogaerts, Harrison, Duffy, Hernandez, Baez and Turner seems to be an area of particular strength. Although there doesn’t seem to be one superstar in the group, I think there is plenty of surplus value to be had and by the end of the season there could be multiple stars here. They should be a solid source of speed, average and runs while contributing some reasonable pop. Position flexibility among that group is also key. If Baez can find his way on the field, Odor makes his way up the (projected) lineup and Trea Turner wins a job out of the Spring, this group will be pretty fun all season long. And the depth at MI could be used later on to address weaknesses via trade.

Upside. A handful of younger hitters fell into my lap during the draft and it was really hard to “go safe” instead of ‘chasing upside.” I’m not playing to finish in 10th place — although that is a real possibility — so chasing Odor, Conforto, Peralta, Turner, Baez and the Lewis Brinson’s of the world seemed like the best way to gain some surplus value while maintaining a reasonable floor.

Category balance. Many of the players selected are multiple category contributors and don’t come across as being a liability in many.

Power. Outside of Goldschmidt and Davis, I failed to draft another player that Steamer feels will hit 20 or more home runs. In my opinion, guys like Michael Conforto, Rougned Odor and David Peralta could hit 20-25, but the right stars will have to align. Mike Gianella/Brett Sayre’s squad from last season took home all 15 points in the HR category thanks to 282 home runs. It appears as if I’m going to be significantly short of that number as well as runs batted in as of today.

Top of the rotation. Jacob deGrom and Chris Archer at the top is particularly strong. It may not be as strong as Jeff Erickson’s Sale/Cole combination, but I think it’s fair to say my duo is in the conversation for next best. Both deGrom and Archer are projected for 200+ strikeouts to pair with excellent ratios, per Steamer. Health always plays a part here, too. Archer’s spike in slider usage is worrisome, so I’m hoping he can take a full complement of turns. Lance McCullers presented decent value in the 11th round, but after him the pitching staff somewhat falls off a cliff. Eduardo Rodriguez’s changeup is fun, but he’s a bit banged up already this Spring and still only entering his age-23 season. Health and growing pains are a concern, but ceiling is pretty high.

Depth. Looking back, I should have added another starter in rounds 5-10. Lots of names that came off the board would’ve been a nice addition to the staff — Michael Wacha and Carlos Martinez were both targets that failed to fall to me. Late in the draft I could’ve added another starter, but felt my picks were better used for middle relievers and/or bats that had higher ceilings. I didn’t want to add arms that were ratio liabilities. The depth of my middle infield as well as FAAB may have to be used to get some more innings for the rotation at some point. Don’t overlook staring pitching in the middle rounds of your draft, there appears to be a huge tier after the top 20 and plucking a few of them in the middle rounds will round out your pitching staff quite well.

Overall, it was a pretty incredible experience. The sharks are indeed sharks. The season is a marathon. I’m going to need to make some shrewd trades and acquisitions via the waiver wire in order to bring home the bacon. Either way, it’s going to be a blast. Thanks to Steve Gardner and the team at USA Today Sports for inviting TheFantasyFix.com to such an incredible event. 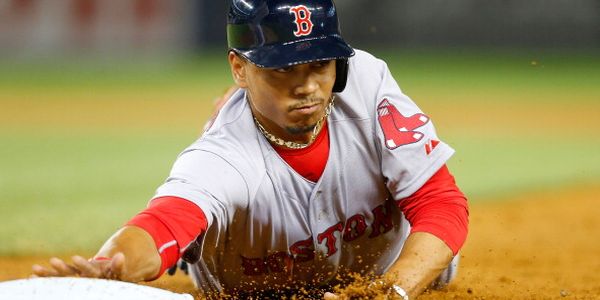 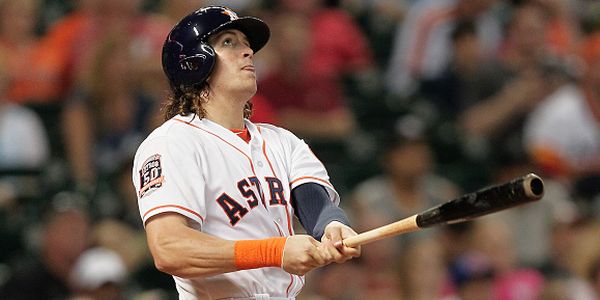