On Saturday, the defending World Series champion Kansas City Royals signed free agent starting pitcher Ian Kennedy to a five-year, $70-million deal, which includes an opt out after the 2017 season. Shortly after, it seemed everyone took to Twitter to give their “hot takes” on the deal. While the contract is significantly larger than many people predicted for Kennedy, there is no doubting that the Royals had a glaring need in their starting rotation. Earlier in the offseason, Kansas City lost starter Johnny Cueto when he signed his six-year deal with San Francisco.

Why the Royals made this deal

Typically, we don’t see Kansas City hand out a contract like this, especially to a 31-year-old who just came off one of the worst seasons of his career. However, this offseason is much different, since Kansas City has extra money to spend thanks to their championship run. Like I said above, the Royals had a hole in the starting rotation, and they’re hoping they filled it with this signing. Last season, Kennedy posted a 4.28 ERA across 168 1/3 innings pitched, sporting a 9.3 K/9 rate. The most alarming stat about Kennedy’s 2015 campaign is his 31 home runs allowed, which was the fourth most in baseball. While moving to Kaufman Field is usually an upgrade for pitchers, the move for Kennedy is actually a downgrade, as he’s coming over from the pitcher’s heaven that is Petco Park. That in and of itself makes Kennedy’s 31 home runs that much more worrisome, as his home field suppressed home runs better than most parks in baseball.

Royals’ General Manager Dayton Moore has to have something up his sleeve. It’s no secret, but the Royals have numerous key players that are only under contract through the 2017 season. Those players include Eric Hosmer, Mike Moustakas, and Kendrys Morales, among others. Moore must have seen these next two seasons as the team’s window of contention, which is why he included the opt out clause in Kennedy’s contract. Moore must simply be betting on the Royals’ stellar team defense to improve Kennedy’s numbers over the next two seasons, which is to be followed up with Kennedy opting out of his contract just as the other players hit the market as well. If that were to happen, then this will turn out as a very successful move by the defending champs. However, Kennedy’s numbers could just as easily get worse over the next two seasons, which would leave the Royals on the hook for his contract.

It’s not crazy to think that Kennedy could excel in Kansas City, either, as many pitchers have benefited from the Royals’ outstanding defense. Most recently, Chris Young and Edinson Volquez have revived their careers in Kansas City. Well, Volquez revived his in Pittsburgh, but his peripherals this past year were much better than they were in 2014. In addition to a terribly ugly 17.2% HR/FB, Kennedy struck out over 9.3 batters per nine innings, which was good for 13th in all of baseball. Kennedy also had one of the worst outfield defenses in San Diego, and he now has the best in baseball behind him. That, plus being able to miss bats on a consistent basis, could help his numbers significantly improve in 2016.

There’s also a good chance that Kennedy just as easily is as terrible as he was in 2015, and this contract haunts the Royals for the next five years. That seems like the more realistic outcome, though you wouldn’t be wrong to think otherwise. At 33, it would be difficult to see Kennedy opting out and getting a better deal on the open market, so it’s likely he stays put in Kansas City for the long haul. Either way, there is no doubt that Dayton Moore sees the window of opportunity for this team possibly closing in about two years.

As a Kennedy fantasy owner, the trade that sent him from Arizona to San Diego at the 2013 trade deadline was one of the best outcomes that could have happened for Kennedy. He was struggling mightily that season and looked like a shell of his former self who dominated in the 2011 season, nearly winning the Cy Young award. The switch to Petco Park did wonders for Kennedy early on, as he started to look like the pitcher he was five yesrs ago. However, as highlighted above, 2015 was a nightmare of a campaign for Kennedy, so he’s lucky to have landed a deal like this. This is quite possibly the best fit for Kennedy, as he will help front a rotation that will be pitching in front of one of the best, if not the best defense in baseball. If Kennedy can maintain his strikeout rate in 2016, there’s reasons to believe he can put up much better numbers for Kansas City than he did for San Diego. Of course, only time will tell.

Statistics gathered from Fangraphs.com and Baseballreference.com 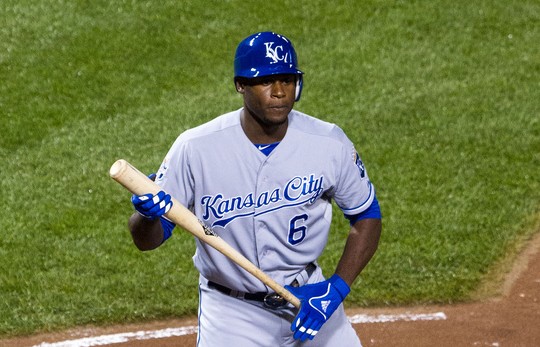 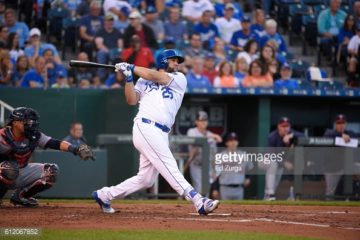