The firesale in Chicago continues as the Chicago White Sox traded reliever Anthony Swarzak to the Milwaukee Brewers for IF/OF Ryan Cordell. The White Sox still have a few tradable veterans to go before their cupboard is bare. As for the Brewers, they signal that the time is now for them to compete for the playoffs.

Why the Brewers make this deal

It’s easy to pooh pooh a trade like this and let is slide, but relievers are becoming more and more important for teams competing for playoff berths and more important in the fantasy game as well. For years, the hyper-focus on closers ignores that teams increasingly need multiple relievers to make it through the pennant race. Swarzak does not have a tremendous track record for his whole career, but he has quietly put together a very impressive 2017 season.

Currently, he sits at 4-3, but he has 2.23 ERA in 48.1 innings of relief. More importantly, his FIP sits as 2.34 and he has an impressive 52 strikeouts in those innings. The Brewers bullpen has been thin after closer Cory Knebel. Only Jared Hughes has been consistently effective all season. The recent callup of Josh Hader has been a surprising success (1.05 ERA in 16 innings), but the Brewers are trying to hold off the Cubs and needed some reinforcements.

They are definitely not done. It remains to be seen if they will get anything else done, but the rumor mill has been active with some bigger names potentially on the horizon. At the beginning of the season, the Brewers were expected to be a second division team again. Their success is another good omen for teams that have lower payrolls and younger teams.

Cordell rated as the Brewers 17th best prospect according to MLB.com. The Brewers have one of the deeper farm systems after a few years of selling. Cordell was a product of the Jonathan Lucroy deal last season and while he doesn’t rate as an absolute stud, he has impressed scouts with his defensive skills and potential.

He has been hurt part of the season, but he has handled AAA pitching so far this season. He is listed as a third baseman and outfielder, but it appears like outfield will be his future. Scouts like his speed, arm, and fielding ability and he has produced over an .800 OPS this season, so he has an outside chance of sticking as a regular in the near future.

Like I said before, more and more fantasy owners are catching onto the notion of using middle relievers to fill out their staff. Swarzak likely won’t get any save opportunities, but players in hold leagues will like him moving to a contender. He is on pace to throw 70 innings and if he continues on his current level of production that could end up being a nice add for your fantasy team. 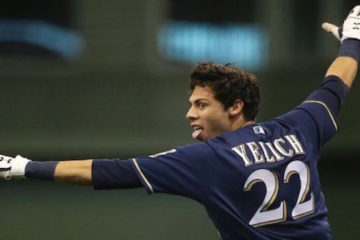 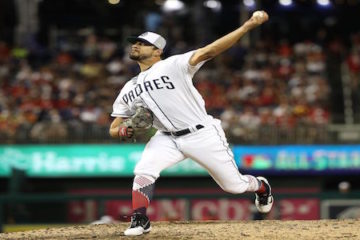