We’ve reached a bit of a bitter-sweet moment for me. This is the last weekly preview of the 2017 season. Reason being is the final week of regular season baseball is pretty much impossible to predict.

Teams battling for postseason berths or will be changing rotations, along with those already in the playoffs who will look to shape their October rotations. Things will be messy to predict.

A lot of you will also have their leagues ended once week 24 is over due to this end of season mess. So, a week 25 preview will not only be close to impossible, but relatively useless. Do you really want to gamble your glory on a flyer in the final week?

So why bitter-sweet? Well, this concludes my first season at The Fantasy Fix. From the preseason team preview, right up until this point, it’s been a great experience and I sincerely hope that in some way, I’ve helped you to success.

Fantasy baseball is only something I really go into a few years ago. An avid fan of the sport and huge Yankees fan, my friend and fellow baseball nut Andrew said to me about joining a fantasy baseball league.

I was apprehensive at first, worried I wouldn’t be able to make enough time to do it. But I figured I’d go and do a mock draft or two and see how it goes. As luck would have it, I met a guy called Brad in the mock draft who was seeking two new members for a long-standing league of his.

We both joined and the rest is history as they say. I’ve made some good friends along the way and that’s just part of what fantasy sports can do. I’ve read numerous accounts of how they’ve helped people take their mind off some horrendous personal tragedies for just a few moments.

I’m thankful I’ve yet to go through such personal misfortune, but in some sadder times, it has helped me have some moments of happiness. And I genuinely hope it’s achieved the same for you, especially given recent events and disasters.

I hope you take this time to reflect on the last six months and beyond. The friendships you’ve formed and joy this game has brought you. After all, it is just a game in its purest form.

Before this resembles an Oscar acceptance speech, for one final time; Without further ado, let’s dive into week 24.

To further emphasise week 25 difficulties, week 24 presents its own problems. Originally, I had 5 Two Start Stars to share with you, but two of those now don’t appear to have two starts.

Which means we’re left with just three, but I hasten to add it’s three I’m more confident in than normal.

First up is the Chicago White Sox’s Lucas Giolito who has a trip to the Houston Astros followed by a home game against the Kansas City Royals.

Giolito’s stock dropped a bit after some struggles in the minors following his trade from the Washington Nationals. But it wasn’t so long ago that Giolito was considered the best pitching prospect in the game.

It’s easy to be cautious due to the limited sample of pitching in the bigs, but given his minor league pedigree that’s much less of a concern. The only red flag you could raise is his opponents so far haven’t been the most stellar you could say.

Home games against the Twins, Tigers, Rays and Giants was followed by a trip to the Royals. Hardly the most difficult line-ups to navigate. But navigate them he has.

Now the Astros haven’t been as prolific as they were earlier in the season, ranking 17th for runs scored in September. As a team, they’ve batted .252 this month but they have kept their strikeouts down (only the Royals have struck out fewer times this month).

Giolito admitted he didn’t have his best stuff in his last start but ground out a quality start, given up just 1 earned run over 6.1 innings. Anything like that against the Astros will come in very handy.

Then the Royals who was his last opponent and although they have the fewest strikeouts in September for the whole of baseball, they still only rank 13th in runs scored this month.

Strikeouts could be hard to come by, but Giolito shouldn’t be fearful of the two opponents and nor should you be of starting him in week 24.

Next up is Blake Snell of the Tampa Bay Rays who gets a hone start against the Chicago Cubs before a road game versus the Baltimore Orioles.

Snell had serious command problems earlier in the season which saw him have a stint back in Triple-A. Snell’s last ten starts has seen him walk more than two batters just once and half of those starts has seen Snell walk one or none.

He’s also given up 2 or fewer earned runs in five of his last seven starts. Things have been trending in the right way for the Rays young leftie.

Obviously facing the Cubs isn’t a great start to the week. They’ve been averaging 5.5 runs a game in September and batting .264 with only the 17th most strikeouts in the Majors this month. They’ve actually scored 50 runs in their last five games heading into Sunday.

The second start on the other hand could reap rewards as the Orioles limp towards the season’s end. They’ve won just four of their sixteen September games, scoring less than three runs a game which ranks last in the Majors. The Orioles also rank 7th for strikeouts this month.

Snell has only faced the Orioles once this year, tossing 7 innings for three earned runs on July 24th. A repeat performance this coming week wouldn’t go amiss.

There’s some nice symmetry to end the season with, as like we started with week 1, we end week 24 with a Colorado Rockies pitcher in German Marquez.

Marquez hasn’t been great in truth but has two plumb match-ups this week, a road game against the San Francisco is followed by a trip to the San Diego Padres. The two teams rank 21st and 26th respectively in runs scored this month.

Both teams also have good pitching ballparks and the Giants are hitting .251 and the Padres .232 this month. Neither team are playing for anything other than a semblance of pride now too.

Marquez has shown signs he can be a solid Major League starter, whilst throwing in shockers like his last start where he gave up 11 hits and four earned runs while recording just 11 outs.

Marquez has struck out 137 batters in his 145 innings of work this season and there’s a chance he could be skipped from his second start given how many innings he’s thrown as a 22-year-old.

Marquez is third of three options this week for a reason, but he’s unlikely to find such a good weekly pair of matchups than he will in week 24 for the rest of his career.

So that’s it for this week and the season. Remember to follow The Fantasy Fix on Twitter and you can reach out to me with any questions you have on there too. Those of you in finals, good luck and don’t forget to keep your eyes peeled for all the off-season articles and advice you can handle back here at The Fantasy Fix. 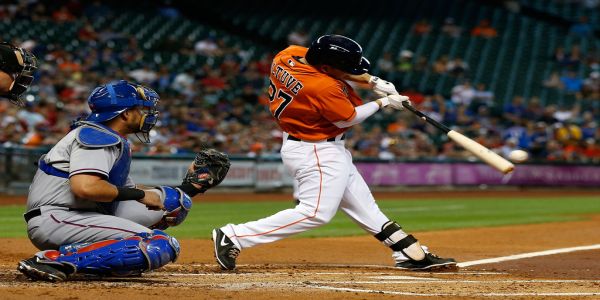