The Cole Hamels sweepstakes is complete and you can’t imagine the whole situation turning out better for the Phillies. First, Hamels throws a no-hitter in his last start against the Cubs. Then, a number of surprise teams enter the bidding and raise the price considerably on Hamels. You can’t help but think some of them just wanted the price to go higher to make it painful for the team that got him. Some would even argue that Texas Rangers general manager Jon Daniels got played.

Why the Rangers do this trade?

It’s hard to say what the Rangers intentions are on 2015. On the one hand, they are several games under .500. On the other hand, they are only four games out of the last wild card spot in the American League. However, I’m not buying them as contenders this season. That being said, Hamels has three more guaranteed seasons on that contract and the Phillies are paying off a portion of it. They will get Yu Darvish back somewhere near the beginning of 2016. If you put those pitchers together with Martin Perez and maybe Yovani Gallardo and you are looking at a pretty strong rotation.

Critics would correctly point out that they could have made this deal in the offseason and paid a little less. That may be true, but Ruben Amaro Jr. did a good job of creating a sense of urgency in the market. He told all contending teams to submit their final bids yesterday. That created the sense that they had to do something if they wanted to get him. Kudos to Amaro. Daniels got snookered on this one.

Why the Phillies do this trade?

Ruben Amaro has come under a lot of fire over the past few seasons. I’ve criticized here and rightfully so because he has not gotten maximum value for his veterans. That is obviously not the case here. Diekman is not a major bullpen arm, so the Rangers gave him six prospects for Cole Hamels. Jorge Alfaro and Nick Williams were rated amongst the top 100 prospects in baseball according to multiple publications. Jake Thompson also rated in the top 50 according to Baseball America and Baseball Prospectus. They even threw in a major league arm in Matt Harrison (although he is rarely healthy). Even if you didn’t include Alex Asher and Jerad Eickhoff it would be a steal for the Phillies.

The Phillies still have a few parts they would love to move, but these veterans will be more difficult to move and won’t bring back quite the return. I would imagine they are done for now, but they may be able to deal a Chase Utley or Carlos Ruiz in August when they slip them through waivers. When the dust settles, they may be able to add as many as a half dozen prospects to the system.

Personally, I’m not as big a Cole Hamels guy as some folks are. He is somewhere between that mythical ace figure and a number one starter. Of course, if anyone can articulate the difference between the two please feel free to write in. The Rangers are a better team than the Phillies, so he should garner some more victories, but it will likely come at the expense of his ERA and WHIP. The Ballpark at Arlington has long been the second best hitter’s park in all of baseball. It shouldn’t be particularly kind to Hamels.

As for the prospects, none of them will be a factor this year, but Alfaro could be a factor behind the plate by next season. Nick Williams could claim one of the corner outfield slots by next season as well. Perhaps a change of scenery will be nice for Matt Harrison. He was once a middle of the rotation starter. That seems like a lifetime ago, but perhaps pitching in a pressure free environment will bring that back. 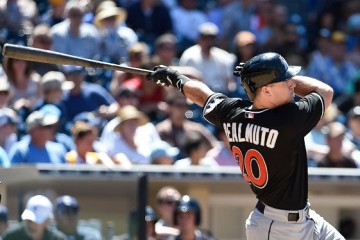