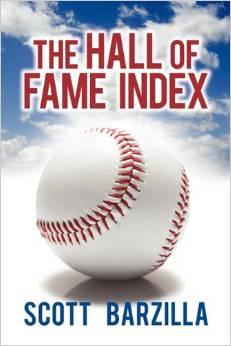 It seems like I write an article like this every year. Outside of fantasy baseball, the baseball Hall of Fame is easily my number one interest. Several years ago, I wrote a book called The Hall of Fame Index. One of the unfortunate problems when writing a book that uses complex statistics is that the world is always changing. Book publishing is a static industry and the book does represent a snapshot in time.

That being said, I obviously highly recommend it if people want to gain a historical perspective on those that are in the Hall of Fame, those that are in and shouldn’t be, and those that aren’t that should be. Unlike many books of its kind, I did not recommend any changes in the selection process, but the book does provide an interesting commentary on those that do the selecting. Most of them take the honor seriously, but there are enough that don’t that it can have a profound effect on the whole process.

Before we look at this year’s ballot, I should take a minute to talk about the 64,000 pound elephant in the room. Nothing throws a bigger blanket over the entire process than performance enhancing drugs. PEDs present two dilemmas for those that fill out their ballots. The first dilemma is the dilemma of the morality clause that exists for those filling out their ballot. It isn’t anything specific or official, but the Baseball Hall of Fame does have a provision that asks it’s voters to consider: “Voting shall be based upon the player’s record, playing ability, integrity, sportsmanship, character, and contributions to the team(s) on which the player played.” When you throw out vague terms like integrity, sportsmanship, and character then you open up the process to moralizing.

The problem with moralizing is that you open yourself up to considerable hypocrisy. Is anyone going to claim that Ty Cobb was a human being with integrity, sportsmanship, and character. Is anyone going to claim that Gaylord Perry didn’t cheat? Unfortunately, even those that dismiss the moral implications have to consider another one. Did PEDs enhance a player’s performance to the point where he became a Hall of Fame player? This is of course a more serious question and one that is a lot more difficult to answer.

I have no problem with anyone’s generic answer to that question or specific answer on a particular player. That is if the player was proven to be a PED user. That is where I draw the line. The problem is when you have players that are merely suspected of being users. I’ve listened to various accounts of actual voters and the “logic” they used to determine whether a player used or not. They had more solid proof in Salem in the 17th century. Player A was a user and was on the same team as Player B. Therefore, Player B must have used. I’m glad our legal system doesn’t work the same way.

I understand the cynicism. When Sammy Sosa says he gained one hundred pounds of muscle because he got his wisdom teeth cut out you want to scream BS at the television screen. When Roger Clemens said he was buying HGH for his wife it makes you spit out your beverage in laughter. There is a difference between reasonable suspicion and proof. To make matters worse, with each player there are various degrees of suspicion and different degrees of reasonableness. You can make yourself go blind by following that path. My advice would be to treat all players as innocent until proven guilty. Once they are proven guilty then you can choose to treat them however you want. Now, here would be my ballot if I had a vote. I have two simple rules. First, I will always use all ten slots. Secondly, I will go with the players that have been on the ballot the longest first.

Raines has been overlooked for one primary reason: those that vote for the Hall of Fame overlook the value of walks. With 1330 walks lifetime, Raines got on base a whopping 3935 times. His .385 OBP is excellent considering the time period he played in. The name of the game offensively is to avoid making outs. When you avoid outs you score runs. Raines had 10,359 plate appearances and was responsible for 6670 outs.

By contrast, Jim Rice was recently elected to the Hall of Fame. He got on base a total of 3112 times in 9058 appearances. In other words, he was responsible 6221 outs even though he had nearly 1500 fewer plate appearances than Raines. His .352 OBP pales in comparison to Raines and his 47.4 WAR also pales in comparison to Raines’ 69.1. Somehow, he got in while Raines can’t even garner 50 percent of the vote. Stupid. Just plain stupid.

McGriff hasn’t gotten in because he has only 493 home runs. If he had seven more home runs he would probably have gotten in three or four years ago. Consider that for a second. His WAR score is not really a slam dunk (52.4 WAR), but you have to consider the era in which he played. 493 homers in the 1980s and 1990s is not the same as it is now.

In my youth, I detested the designated hitter. I still do in many ways. It is a position more suited to beer league softball than professional baseball, but it is what it is. Martinez produced 68.2 WAR. That makes him nearly as valuable as Tim Raines even though he hardly ever played in the field or stole a base. Value is value.

Jeff Bagwell supposedly used steroids. How do we know? Well, Ken Camniti used and he was a teammate. Jason Grimsley used and they played together for one March back in 1991. He went from hitting singles in doubles in the minors to home runs in the majors. If they try hard enough, the may be able to prove he was the second gunman on the Grassy Knoll. Meanwhile, all he did was produce a 79.6 WAR score in his career.

To put this in perspective, only a handful of first baseman in history had more (Lou Gehrig, Jimmie Foxx, Albert Pujols, Cap Anson, and Roger Connor). If you didn’t recognize the last two names don’t feel bad. They played in the 19th century. In other words, only three full-time first basemen were better than Bagwell after 1900. Yet, some people aren’t sure he should be in the Hall. Idiots.

Okay, maybe you are tired of WAR. Biigio is fifth all-time in doubles, 15th in runs scored, has over 3000 hits, second all-time in hit by pitch, 18th in times on base, and 16th in games played. Yet, the BBWAA wasn’t quite convinced the first two go arounds. I’m confident he’ll get in, so I won’t say anything else.

He is another one that fits the Salem witch trials profile. Supposedly, journalists saw back acne, so he must have used. Often times I think some in the BBWAA are making it up as they go along. Could he have used? Sure, but again unless you have proof you shouldn’t be casting stones. Piazza certainly is not the best catcher of all-time (although in the top five), but he was the best offensive catcher of all-time.

270 wins may not seem like automatic material, but we need to rid ourselves on preconceived on wins. If we ignore totals and just focus on winning percentage we see a robust .638 winning percentage for Mussina. With 423 decisions we see that he had 113 no decisions in his career. If he won 64 percent of those games he would have won an additional 72 games. That’s the way they did it in the old days when men were men and sheep were nervous.  I won’t really contest the conventional wisdom of the old-time fans. I’ll simply say it is high time that we let go of wins as the number one method of judging starting pitching. 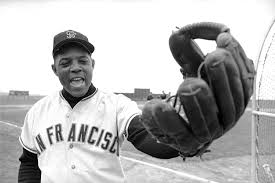 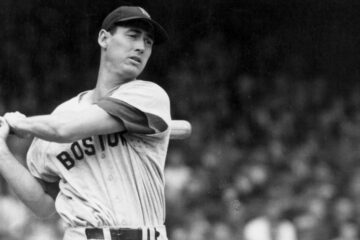 The Hall of Fame Index: Who is the most valuable catcher of all-time?