The rookie has played 20-plus minutes in 10 straight games and 30-plus in three of his past five. Kentavious Caldwell-Pope has been out with injury and the Stanimal started the past two games for him. Even before that though, Johnson had earned himself some more minutes due to his strong play. He’s scored in double figures in seven of his past eight, and knocked down multiple threes in four of those as well. Thursday against the Knicks, Johnson went off, dropping 22 points, nine rebounds, five assists, two steals and a block in a whopping 44 minutes. As it stands, the rookie is owned in 45-percent of Yahoo! leagues, and that number will likely rise after Thursday’s stellar outing. He will only improve moving forward and should see consistent minutes in Stan Van Gundy’s rotation. We’re getting to a point in the season where rookies are starting to moving past the proverbial rookie wall. Go scoop the Stanimal before he ends up on the team that knocks you out of the playoffs.

MKG has returned with a vengeance, he’s averaged 14 points and 10 rebounds in his first three starts of the season and seems to be in mid-season form. Kidd-Gilchrist is not a player that will dazzle you on the offensive end, but he’s still only 22 years old and has improved his jump shot since entering the league. MKG has always been an elite defender and should be able to contribute in the peripherals categories moving forward. Either way, he’s owned in just 49 percent of leagues despite playing 34, 28 and 37 minutes respectively. Charlotte has been battling the injury bug all season and MKG seems to be locked and loaded as the starting three-man without restrictions. He will usually be tasked with guarding the opposing team’s best player, so don’t expect his offense to thrive. However, he will see plenty of floor time and is an elite athlete and a plus rebounder for his position. 10-to-12 points and about seven rebounds is where he should live for the rest of the season, plus all the steals and blocks that come with it. If you don’t own one of the elite small forwards in the league, MKG can be a huge help as we inch closer to the playoffs.

Johnson has been getting some nice run for the Clippers lately, playing over 20 minutes in each of his past 10 games. He’s never quite panned out in the NBA despite being freakishly athletic and a plus three-point shooter. Johnson has always been a three-and-D kind of player and he’s developed a nice little niche in the Clips’ rotation. He can really valuable for fantasy purposes due to his multifaceted abilities. He is a very poor man’s Kawhi Leonard in the fact that he can knock down threes in bunches and rack up the steals and blocks. Playing with a point guard like Chris Paul will always help you get open looks, and he’s been turning those looks into makes recently. Over the past eight games, Johnson has averaged over two steals and blocks, putting him firmly on our radar as a waiver pickup. As it stands he’s owned in just eight percent of leagues, which is ridiculously low considering how valuable it is to own someone with an affinity to pile up steals. With Blake Griffin sidelined for at least another month, there are plenty of minutes to go around in the Clippers’ front court. Give Wes a look if you’re looking for a three-point shooter.

There is nothing flashy about Barea, he’s 5-foot-8 on a good day, and does very little to get you excited about watching him. However, there have been a bevy of injuries in the Mavericks back court all season. Deron Williams cannot physically do it on a nightly basis anymore, and Barea has seen 25 or more minutes in each of his past six games. JJB has also knocked down 10 treys over his past four and has averaged close to 13 points in that span. Again, there is nothing sexy about owning Barea, but he is a savvy veteran that can dish out a few dimes and knock down some treys. He’s also earned the trust of Rick Carlisle and should firmly remain in the rotation for the rest of the season. He’s currently only 14-percent owned in Yahoo! leagues and makes for a strong pickup assuming he will continue to see these minutes. 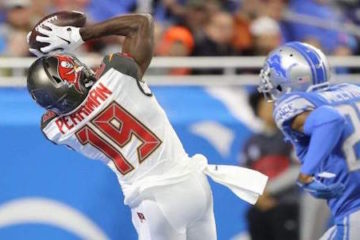