This past weekend my lineups took a little tumble, but there’s nothing like Monday to turn it around. I have suspended Anderson Varejao for a week from this article, and that’s just the start of using players I don’t normally look at. It’s always nice to cleanse the pallet and start with some fresh ideas in mind and that’s what I plan on doing this week. Let’s take a look at today’s NBA picks for DraftKings.

Kyle Lowry has been great in his last six games averaging just under 38 fantasy points per game and tonight he has big time upside. With DeMar DeRozan not making the trip to Brooklyn, that means Lowry will play an even bigger role in the offense. DeRozan was routinely taking 20 shots a game meaning that there are more shots to go around now. I’m expecting Lowry to take 14-15 shots tonight and still be able to produce the assists needed to get his third straight double double.

Michael Carter-Williams goes against up against the same Suns team that he had a monster game against earlier this season when he posted a stat line of 27/6/6/4/1. Those numbers are ridiculous and landed his owners 51.5 fantasy points. In his last four games, MCW has gone for 24, 34, 49, and 51. Those numbers are declining, but there’s nothing like a matchup he’s already taken advantage of this season.

D.J. Augustin is a mid-priced PG option I’m strongly considering tonight. In four of his last five games, Augustin has gone for 39+ fantasy points. Yes, he had a stinker against the Clippers, but he bounced back with a 28/1/3 game in his next time out. He’s been a scoring machine during those five games putting up an average of 21.6 points during that time. Against the Timberwolves and Ricky Rubio who has had minor injury concerns lately, I think Augustin can do well again tonight.

With DeMar DeRozan out tonight, Terrence Ross is sure to get a lot of run tonight against the Nets. He’s coming off one of the best shooting performances of the season when he scored 51 points on 16-29 shooting. The best part about it was his 10-17 shooting from three. He’s only at $4,500 on DraftKings, so I think you can take the risk of picking a player with only one good game in his last four to five. With all those DeRozan shots added to the mix, Ross has to pick up some of them.

Marcus Thornton has to be in play tonight against the Jazz if Rudy Gay remains out. Thornton is only $3,800 and is one of the best under 4k options tonight. In his last two games, he has put up 22 and 52 fantasy points. He’s averaging 20 shots per game during that mini-stretch and will be in all of my lineups if Rudy Gay is deemed out before lineups lock.

Gordon Hayward has played well since coming off of an injury and is underpriced tonight. He’s done a little bit of everything in those two post injury games and I think we’ll see that again tonight against the Kings. They give up plenty of points to shooting guards and small forwards, so I’m all over this play. In those two games, Hayward is averaging 21.5 points, 5.5 rebounds, 4.5 assists, and 2.5 steals.

DeMarre Carroll played in only 24 minutes in his last game because of the hamstring injury, so that worries me a little bit, but I think at his $4,000 price tag he’ll be worth the risk tonight. He performed great in those limited minutes scoring 12 points, bringing down 6 rebounds, and dishing out 4 assists. If he gets more than 24 minutes tonight then I think he’ll have a real shot at 30+ fantasy points.

Markieff Morris is a guy I’ve never used, but it’s hard to deny how he’s playing these days. He is coming off a huge 27/15/2 game against the Cavs last night and has a great matchup against the 76ers tonight. The game will be a fast paced game and should give Morris plenty of open looks on the run. In five of his last six games, Morris has put up 28+ fantasy points with three games over3 39 fantasy points.

Blake Griffin has a prime matchup against the Bucks and will be strongly considered for my lineup at $9,400. He has gone for 41+ fantasy in three straight games and should be up for a possible 50+ game tonight. He has put up huge scoring numbers lately averaging 27 a game over his last four. Those are numbers I’m really digging tonight out of a guy I have to dish some good salary cap for.

Jason Thompson is in play tonight due to DeMarcus Cousins being out again for the Kings. His under 5k price is nice for a big man tonight. He had two early fouls last night, but still managed a double double against the Nuggets. The Jazz are pretty bad against big men as well, which should mean that Thompson can hit value again tonight. In two games earlier this season, Thompson has averaged 21 fantasy points over 31 minutes. I expect a slight bump in minutes and with it close to 30 fantasy points tonight as long as he stays out of foul trouble.

Channing Frye against the 76ers is something to think about tonight. Like Morris, he should be able to do well against the 76ers big men. He put up 32 fantasy points against them in just 26 minutes earlier this season. In his last five games, he’s average 4 more minutes, which hopefully holds true tonight. His three point shooting is on right now making 15 of his last 24 threes. 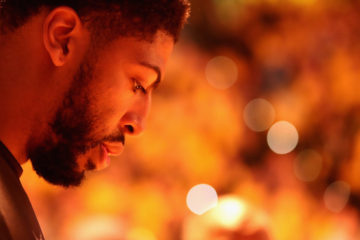 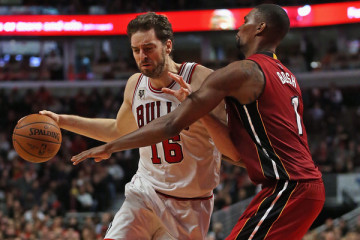 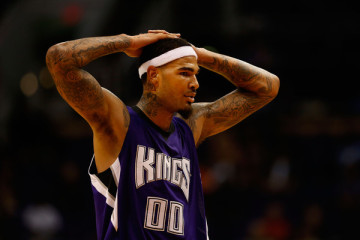 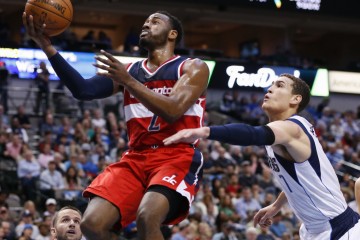