Wednesday’s DFS action is some of the craziest I’ve ever seen at Draftstreet. This post is brought to you specifically for the $150K Tournament that is going on over there. Draftstreet is offering a 100% bonus up to $200 right now, so after you’re done reading then go deposit and take advantage of this crazy offer! As for the details of this HUGE tournament:

I’m sure I wasn’t the only one blown away by the details of the $150K contest. As always, I’m here to help you on your voyage towards retirement. This lone contest might be able to do that by itself! As always, I’m here to give you the guys I’m focusing on for the night’s action, but for Wednesday I’m going to give you almost double the plays! That’s right. 5 guards, 5 forwards, and 4 centers!

Tony Parker ($11,691) sat out Monday and Pop’d readers of this article, but it’s already been said that he’ll play Wednesday. I really like him against the Nuggets and Ty Lawson. Parker has had success against them on the season with a 24/4/6/2/1 game, but he did add five turnovers. I don’t think it’s reasonable to expect five more turnovers against Denver with him averaging just 2.4 turnovers in his last five games.

Isaiah Thomas ($15,980) against the Knicks is almost too good to be true. Who do you consider to be better: Thomas or Jarrett Jack? Well, Jack just went OFF for 31/5/10 against the Knicks on Monday. To go with this, Thomas has scored 24+ points in four of his last five games. During that time, he’s actually averaging 25 points per game. He’s also adding five rebounds and seven assists while shooting 47% from the field. Thomas is questionable right now, so keep an eye on this as the day progresses.

Mike Conley ($13,441) played very well for us Monday night putting up a line of 23/5/6/2 and shooting 75% from the field. Let’s recap why I like him even without a great matchup against Trey Burke: he’s scoring, adding the other stats, and is doing it very efficiently. He’s shooting 54% from the field in his last five games. While the Jazz possess a matchup that could result in a blowout, he’s been doing all of this while averaging 30 minutes.

Jeff Teague ($14,999) has the same matchup against the Timberwolves that I liked for Conley. He’s been much better in March and in his last eight games has been more aggressive. He’s attempted 10+ shots in eight straight games and has done this while still rebounding at least three per game and dishing out at least five assists. Teague has already capitalized on this matchup once this season putting up a line of 19/3/8/3/1. What I love about Teague is how well he has been getting to the free throw line. He’s averaging 8.5 attempts per game in his last four.

Avery Bradley ($9,870) is someone to keep an eye on considering how he left his last game. On the 21st he rolled his ankle then came back in to play a few minutes. He’s been red-hot in his last two games scoring 51 points and adding 8 rebounds. Against the Raptors earlier in the season, he didn’t shoot well from the field, but did add 5 rebounds, 2 assists, and 2 steals per game. He’s hot from the field right now making 10 of his last 18 threes, so I think it’s safe to say he won’t continue to shoot 35% against the Raptors.

Greg Monroe ($14,659) is a great option going into this BIG tournament on Draftstreet Wednesday. He has the great matchup against the Cavs and has been playing better lately, so his splits against the Cavs should improve. In two games against them, Monroe is averaging 13/10/3, but in his last five games he’s averaging 17/9/3/2/1. Against the Jazz on Monday, he only played 30 minutes, but put up a big night with 18 points and 11 rebounds.

Zach Randolph ($14,232) had a lame game Monday, but the Jazz are the perfect team for him to get back on the horse against. Before his last game, Z-Bo had posted three straight double doubles averaging 21/13/2. In his last five games, he’s shooting 51% from the field, so the Jazz make for a great matchup for his offensive skills. Randolph should own them like his two-game average against them this season: 21/10/5/1.

Josh Smith ($13,661) is a prime time GPP player and this is what we’re picking for Wednesday. His recent game logs have caused him to see a cheaper price, but there’s a reason why he has done well against Cleveland. He takes a lot of shots and Cleveland doesn’t play good enough defense to stop him. He’s averaging 21/9/3/1/3 in two games against them on the season.

DeMarre Carroll ($10,907) does a little bit of it all, but when he’s scoring he’s a very solid fantasy threat. In his last two games, he’s played 37 minutes a game, shot 12 of 21 from the field, and added four rebounds a game. He’s playing very well with Kyle Korver out and if that continues Wednesday I really like him. He has scored 19 and 17 points in those two games. If you throw in the fact that Carroll can rack up 3-4 steals easy in a game then you have a great option.

Kevin Love ($21,621) is a great fit for your team if you can find some value on Wednesday. If you don’t remember how he did against the Hawks the last time they played let me refresh your memory: 43/19/1/1. There’s nothing really different from then to now. Love played the Hawks when Al Horford was already out for the season. Kevin Love is going to be matched up with Paul Millsap likely for the whole game, but the surrounding players will affect rebounds and Love should dominate them.

DeAndre Jordan ($15,193) has a prime matchup on Wednesday. He faces the Pelicans, a team that he has averaged 12/16/1/0/4 against in three games this season. What I love about Jordan is that he barely handles the ball, so he limits his negative points. He has shot 70% from the field on the season against them and is also shooting 70% from the field in his last five games.

Andre Drummond ($15,990) reminds me a lot of DeAndre Jordan. Both are elite rebounds with limited offensive game. They don’t score off of post ups or set plays, but more off of fast break dunks and put backs. Against the Cavs though, Drummond has taken 23 shots in two games. This has led him to average 15 points to go along with 14 rebounds and one steal a game. Drummond also limits his negatives due to typically low shot numbers, but could break out at any time due to insanely high rebound numbers and solid block numbers.

Pero Antic ($8,157) is one of those guys that will consistently be around 8-10k because of how volatile he can be. Monday night he put up 17 fantasy points or so and didn’t really hit value. He also didn’t hurt you though and his price is good enough to fit some solid guys in. Like I said yesterday, he will continue to get mid 20s in minutes while starting and can get hot shooting at any time. He is rebounding very well in his last three, averaging eight a game in his last three, but hasn’t scored up to par. If he can nail a few early 3s against the Timberwolves then he could easily see a 25+ fantasy point night.

Kelly Olynyk ($8,389) is another guy in the 8k range who has mid 20s potential on any given night. In his last seven games, he’s only averaging 15.36 fantasy points, but that’s while averaging just 7 points and 6 rebounds. In two of his last three games, he has scored 10 and 16 real points. If there is no real value on the board, Olynyk has the potential to score 10-14 points and add 8 rebounds and a steal. Those kind of numbers while shooting over 55% from the field should give him proper value to help win a GPP. 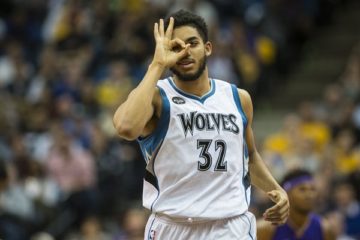 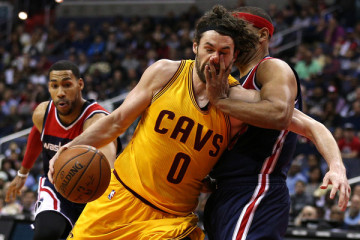 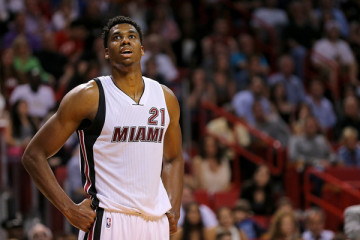 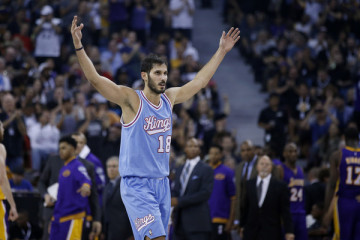