2013 Fantasy Football: Why Andrew Luck Should Not be Your Fantasy Quarterback

Here’s how a typical argument would go between an Andrew Luck proponent and a Luck hater:

– Hater: Luck had the 37th lowest completion percentage out of 38 quarterbacks who took 25% or more of their team’s snaps last year.

– Proponent: True. But no quarterback attempted more throws of 20+ yards than Luck, and those throws have a much lower completion percentage league-wide. Plus, the Colts are switching to a more ‘West Coast’ type offense which has a lot more short throws.

Today I’m here to give all the haters a better response to the deep throw argument. And if you’re a Luck proponent, hopefully my argument will turn you into a hater. And it seems like there are more proponents than haters. His average draft position across all major platforms has him as the 8th highest quarterback drafted on average. That’s ahead of last year’s breakout rookies Robert Griffin III and Russell Wilson as well as ahead of perennial top ten quarterback, Tony Romo. And I’ve heard several experts I like very much making the deep throw argument when trying to explain away the low completion percentage and when trying to explain their high ranking of Luck.

However, there is another QB for which this argument would work, Jay Cutler. Cutler attempted deep throws on 15.9% of his throws, which was the 5th highest rate in the league and just a few tenths of a point behind Luck. But unlike Luck, the difference between Cutler’s completion percentage on short throws (64.1%) and his completion percentage on deep throws (30.43%) was very large. With a gap of 33.8%, Cutler’s gap was above the league average. Like Luck, Cutler will be operating in a new ‘West Coast’ style offense this year. However, for Cutler, the increase in shorter throws is much more likely to help out his completion percentage.

But I digress. Back to Luck.

I will admit that there are other reasons to expect Luck’s completion percentage to go up. The main reason being that he has a year of experience under his belt. It would certainly be a surprise if he didn’t improve in his second year in the league. But the problem is that even if he saw a massive improvement where his completion percentage increased by 6% and got over 60%, he’d still be average at best and likely outside the top 15 in completion percentage. The other problem is that there’s no way to predict how much of an increase he’ll see. But a 6% increase seems extremely generous and at the top end of the range of possible increases, so the odds are that Luck is still going to be below average when it comes to accuracy.

Aside from the accuracy issue, there are other things I don’t like about Luck, one of those being that I don’t think he’s going to get the benefit of five rushing touchdowns again. Luck got five TDs on the ground last year despite the fact that he only ran for 255 yards. By doing so, Luck became one of 28 quarterbacks since 1970  to score five or more rushing touchdowns while rushing for fewer than 300 yards. But no quarterback has ever done it twice. You have to expect Luck won’t produce as many fantasy points with his legs.

Another reason I’m down on Luck is the guys going behind him. I mentioned Griffin and Wilson above, and they didn’t have any of the problems in their rookie season that give me such pause with Luck. Completion percentage was not an issue at all. RGIII and Wilson ranked 5th and 7th in completion percentage, respectively. And you can expect the fantasy points they got with their legs to continue. They ranked 2nd and 3rd in rushing attempts and rushing TDs as well as 1st and 3rd in rushing yards. If anything, their rushing attempts and yardage indicate they could score even more on the ground, especially for Wilson who only had four rushing touchdowns despite being just shy of 100 carries and 500 yards.

Another guy that has no business going behind Luck is Romo. As I mentioned above, he is a perennial top ten quarterback. Starting with 2012, here is where he has finished the season in fantasy points among quarterbacks in the last six years: 7th, 9th, 31st (only played six games due to injury), 5th, 10th, 2nd. Why on earth would you take Luck over a guy who finishes as a top ten quarterback year in and year out?

In addition to RGIII, Wilson and Romo, we can also put the consensus top five of (in no particular order), Rodgers, Brees, Manning, Cam and Brady ahead of Luck. And Matt Ryan’s average ADP is actually quite a bit healthier than Luck’s. Colin Kaepernick’s ADP is very close to Luck’s yet higher. I have Kaep top five, so he’s a no brainer ahead of Luck for me. That’s ten guys right there. But I can go even further. Matthew Stafford isn’t as good as he was in 2011, and he isn’t as bad as he was in 2012. He is somewhere in between and wherever that is it’s better than Luck. I’d also prefer Ben Roethlisberger. Ben is great when he’s on the field, but he misses games with injuries a lot. But I’m fine with 12-14 games of Ben and using waiver wire fill ins with good match ups in his stead. That’s 12 guys I’d certainly prefer to Luck.

I could even make a case for guys like Michael Vick, Philip Rivers, Eli Manning, Matt Schaub and Cutler over Luck. But I don’t feel the need to convince you he’s not a top ten 15 QB. I just need to convince you that those 12 other guys I mentioned are better so that you don’t draft Luck as your QB for the season. And hopefully I’ve done just that. 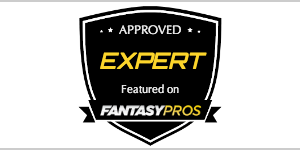 2013 Fantasy Football: Why Andrew Luck Should Not be Your Fantasy Quarterback