Coming off his huge breakout week with three rushing touchdowns, I think Hill will be a solid guy to have from here going forward, even when Giovani Bernard returns from his injury.

The talent Hill showed during his performance on Sunday was evident. There had been rumors since the time he was drafted that the Bengals could look at Hill as the bellcow back of the two-man committee as he does fit the mold of a more traditional running back while Bernard’s speed leaves him to look more like a change-of-pace guy and receiving back. Bernard had an excellent rookie campaign and can certainly bang with the big guys despite his small frame, but Hill looks like a back you can give 15 or so carries to for a number of years, which is likely why the Bengals were willing to draft him so early despite having a quality rookie perform well the season before.

As rookies get more and more established in the system they start to get more appeal. We are seeing that with Martavis Bryant and Davante Adams on the receiving end and with Hill on the running back side. Sure he is a product of Bernard being out, but he should still be productive even on the 10-15 carries side rather than the 24 he received last week.

Another attribute I liked last week was that he came back and busted big runs after going down with an injury. It looked scary at the time and ended up being a minor injury, but he knows the opportunity he has in front of him and was sure to take advantage of it unless he was absolutely unable to step on the field.

I was big on Ertz before this season, and I was even higher on him after a 77 yard, one touchdown performance in week one. Since week two, Ertz has not topped 50 yards and now he will be without Nick Foles.

While Mark Sanchez should be utilizing check downs more frequently and less deep balls, I still do not love Ertz nearly as much as I did in the beginning of the season. Some people may be looking at the move from Foles to Sanchez as a positive for Ertz, and if I were you I would be looking to pawn Ertz off on those guys. They will still be looking to pay for him, and I think it would be wise to look for replacements on the waiver wire.

A guy I am starting over Ertz in one league this week is Charles Clay. Clay has been sporadic as well, but his knee injury seems to be bothering him less and less and he is coming off a five catch performance. I think Ertz still has the upside that Clay lacks, but I think with a healthier knee Clay’s floor is higher. Add that to the fact that you can receive value for Ertz and Clay is available via cheap trades or on some waiver wires and I think you get some added value in trading Ertz and acquiring Clay. 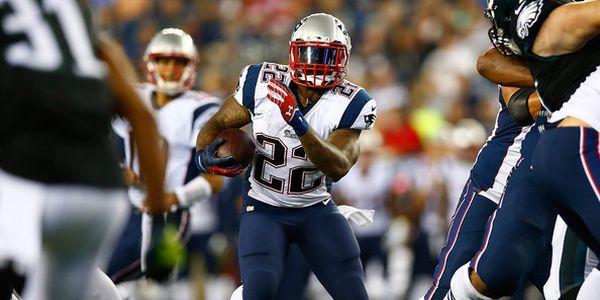