The NFC South has been pretty miserable this season. The lackluster Saints will battle the struggling Panthers for the division lead tonight. Both teams have been mediocre, however, they both have major upside as well. There are a lot of major fantasy players in this game. Major players at every position as a matter of fact. This is a must win for the Panthers if they want to contend for the playoffs. It will be fun to see if Cam Newton can take down Drew Brees and the Saints. The showdown of first round receivers Brandin Cooks and Kelvin Benjamin is also an interesting storyline.

Brees has been an elite fantasy and reality QB for years. He has also been struggling on the road for years. His struggles have been noticeably worse this season. Fortunately for him so has the Panthers’ defense. His struggles are still better than most QBs averages. If you have Brees you’re still very happy with his production.

Verdict: Start Brees. If you have him, you’re starting him. Just temper expectations a bit when he is playing outside of his home dome.

Ingram will be handling a large workload while the Saints’ RB corps is banged up. He has been rejuvenated this season. After hearing this is the year Ingram breaks out year after year, you begin to tune it out. Turns out it really was the year. He is a very viable fantasy option this season.

Verdict: Start Ingram. As long as he’s getting the bulk of the touches and running like he has been, he should be in your lineup. I’m shocked to be saying this, but Ingram is a must start until further notice,

I was all in on Cadet last week. You would think I learned my lesson. Wrong again! I really like Cadet as a sleeper again this week. He should continue to see an increased role in the passing attack. He has talent and just needs the targets.

Verdict: Sit Cadet. I like him as a sleeper, nevertheless, he’s just that. Do not start him over solid options. If you are desperate because of injuries or the bye week, then plug him in. Otherwise keep him on your bench.

The rookie has shown flashes of greatness and disappeared at times. So, how do you predict when he’ll shine? Cooks is averaging 7.7 receptions and 74.7 yards-per-game. He also has one TD in three games at home. On the road he is averaging 4.25 receptions and 37 yards-per-game on the road. With just one TD in four games. Clearly, much like most of the Saints’ offensive players, Cooks is not the same player on the road.

Verdict: Sit Cooks. Great talent but this game isn’t in New Orleans. He struggles on the road. He’s usually only a flex option anyway.

I suggested you sit Graham last week. I looked like a genius in the first half and a fool in the second. He took more snaps last week and looked better as the game went on. If he’s not back all the way, he’s getting very close.

Verdict: Start Graham. He looks healthy, and when healthy Graham is a must start. He is widely considered the top TE in fantasy football.

Newton has been very up and down this season. Expect him to be up this week. Facing the Saints’ defense at home is as good a matchup as you can hope for. The Saints are giving up more than 31 points-per-game on the road and are giving up the seventh most fantasy points to opposing QBs. Newton owners should be salivating about this matchup.

Verdict: Start Newton. Great matchup and a ton of talent. That is a great combination.

Williams is expected back this week and should be splitting starting duties with Jonathan Stewart. The Saints have been very generous to opposing fantasy backs. Still, the Panthers RBs have not been very productive, especially individually.

Verdict: Sit Williams. Panthers RBs are better off left on your bench. Particularly when both Stewart and Williams are healthy.

This is pretty much the same situation as Williams. When they are both healthy there isn’t a ton of value in the Panthers’ backfield. Both could have had great careers but were stuck in a split-back situation.

Benjamin is the current favorite to win offensive rookie of the year. He has been very good. Based on his performance to this point, he is projected to total 76 receptions, 1,142 yards and 10 TDs. He is becoming a must start against good defenses let alone bad ones.

Verdict: Start Benjamin. He is becoming a must start on a weekly basis. He is a genuine WR1 on the Panthers and WR2 in fantasy.

Olsen has been a surefire TE1 this year. He has lived up to his lofty expectations coming in to the season. With Benjamin on the outside, Olsen is the threat on the inside. There are very few TEs better than Olsen this season.

Verdict: Start Olsen. He is another must start every week, regardless of matchup. He should be a staple in your starting lineup. 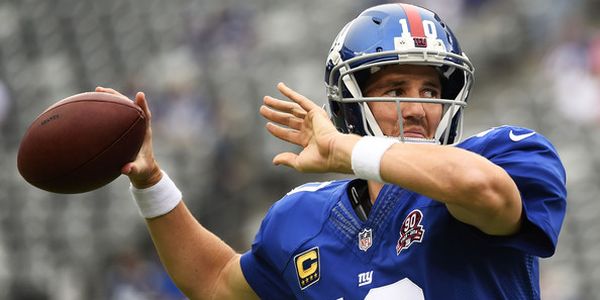