There is no question the Cowboys time away from the field was a bit of a roller coaster that included the loss of DeMarco Murray (PHI) in free agency, Dez Bryant’s nerve rattling contract situation, and suspensions to Greg Hardy and Rolando McClain. But where the Cowboys went right was in the draft, a storyline that has been developing since 2010, with the drafting of Randy Gregory at defensive end, Byron Jones corner back and the signing of 1st round talent La’el Collins on the offensive line. The Cowboys finished 12 – 4 and a terrible NFL ruling away from the NFC Championship game just a year ago. Their goal was to make sure to secure their future at WR, upgrade the offensive line (as if it needed it) and upgrade their defensive line, and no matter what way you draw it up everything points to them having succeeded in all those areas.

The Cowboys have had 13 players start at least one game under QB since 2000, the last year of HOF QB Troy Aikman. Tony Romo has secured that position the majority of the time over the last nine years but never played more proficiently than he did in 2014. Only one QB in the league had more TDs and less INTs than Romo (Aaron Rodgers) and he was extremely efficient in doing so recording a 69.9 completion percentage and a 113.2 QB rating, both career bests, while finishing the year with 34 touchdowns, 9 interceptions and more than 3,700 yards passing. Heading into the 2015 season, Tony has his entire receiving core returning, the offensive line is more experienced and with the loss of Murray to Philly, the highly effective Scott Linehan passing scheme should return giving Tony more range to throw the ball.

Losing the AP NFL Offensive Player of the year can cripple a team, but for the Cowboys they took their losses and moved forward. After the loss of Murray the Cowboys went out and signed oft-injured Darren McFadden, Arkansas Alum, to man the backfield with oft-troubled Joseph Randle and reliable 3rd down back Lance Dunbar. Coming out of college both McFadden and Randle were highly touted backs but have remained a disappointment for the majority of their careers thus far. With an offensive line that paved the way for more than 2,000 yards rushing in 2014, McFadden and Randle should be able to work together well to be a pretty solid two-headed monster. Lance Dunbar will likely finish as the #3 HB on the depth chart and be a solid 3rd down back for the Cowboys. His speed and quickness give him some explosiveness out of the backfield, and his ability to catch the ball gives him an immense amount of value at the position.

The Cowboys have had Dez Bryant as their WR1 ever since he was drafted, and he will continue to be that guy moving into the 2015 season after signing his 5 year 70 million dollar deal in mid-July. The one thing the Cowboys haven’t been able to secure for quite some time is a solid #2 or #3 wide out that can help keep double teams away from Dez. While that won’t change right away once they kick off on September 13th, both Terrance Williams and Cole Beasley have stepped it up a notch to take control of those spots respectively. Williams turned into a solid down field threat finishing 4th in the NFL with 44.6% of his targets being for 15-yards or more and scored 8 touchdowns. Meanwhile Beasely saw an increase in the offense gaining more yards and more touchdowns than he had the season before. Dez will always be the #1 target in this offense but improvements by Williams and Beasley could take a lot of the pressure of his shoulders and turn this team into an even deeper passing threat.

While many teams scramble from year to year to find a solid tight end, the Cowboys do not. One of the most reliable players in the history of the sport, Jason Witten has been a mainstay in the Cowboys offense for more than a decade. One of Tony’s most comfortable targets on the offense, there has never been queries about who he is going to target when the Cowboys need a very important first down. Despite Witten’s decline in recent seasons, the position’s future looks to be bright with former 2nd round pick Gavin Escobar getting better each year. Only 9 receptions a season in his first two years, Escobar saw an increase in red zone targets securing four touchdown receptions in his sophomore season. Escobar cumulated more than 120 receptions for 1600+ yards and 17 touchdowns in college over three years giving hope that with a little more time at the position Escobar could turn into a very reliable player at the position.

The Cowboys defense wasn’t the focal point of the team last year easily, ranking 19th in total yards and 26th against the pass. However, it was their run stuffing game that was pretty solid finishing 8th in total rushing yards allowed. The front office knew they needed to make major changes to their passing defense so they set out to sign Greg Hardy despite his suspension looming over his head, drafted Randy Gregory in the 2nd round of the 2015 draft notwithstanding off the field issues and drafted Byron Jones at corner back in the 1st round of the draft to help. Sean Lee returns to the team after missing all of last year with an ACL tear and Rolando McClain returns after a very solid season at LB. Both Tyrone Crawford and sophomore DeMarcus Lawrence look to turn the corner on their careers to help the Cowboys defense go from a liability to a strength in just one season.

We’ve talked about them before but the guys you need to keep your eyes on will be receivers Williams and Beasley. Solid players at the wide out position, Bryant will need them both to turn the corner to help take away from the double teams he will see. The Scott Linehan offense is known for its passing game and with the loss of Murray and the uncertainty from the rest of the position both Williams and Beasley should benefit greatly.

Scott Linehan has had a bit of his own up and down career however; from 2011 – 2013 Linehan was the offensive coordinator for the Detroit Lions and Matthew Stafford. In that time period, Stafford threw for no less than 4600 yards including two seasons of 4,900 or more. Tony Romo hasn’t passed for more than 3,900 yards since 2012 but 2015 could be the time for that. 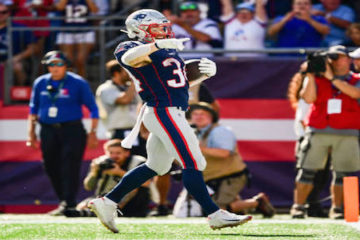