The stock report’s purpose is to show those players that are putting up great performances and those who are not. Each one of the rising players is either coming off a bad week or have been gaining momentum each week. The crashing athletes are those that either fell off from an excellent performance or have been struggling this season and someone you may want to keep an eye on for transactions.

Carson Palmer took on the Seattle Seahawks at home, and it didn’t phase him one bit. He completed 60.5 percent of his passes as he went 29-of-48 passes for 363-yards and three touchdowns. The last two weeks he has 737-yards passing and seven scores. Its the fifth time he has thrown for 300-plus yards and he has thrown for at least one touchdown in every game, including seven with multiple scores. Palmer has more than a three-to-one ratio in touchdowns to interceptions (23-7). He will face another test this week against the Cincinnati Bengals

McCoy dominated in his Thursday night performance against a tough New York Jets defense. This makes the second straight game he has gone over 100-yards, the only difference is that he scored against the Dolphins. In the last two contests, he has 35 carries for 224-yards and one touchdown. To make PPR owners happy he also has seven receptions for 54-yards. I can say with confidence that McCoy has looked like the “Shady” of two years ago, and will continue to make a lethal combination with Karlos Williams.

Charcandrick West took on the Denver Broncos’ league-leading defense and performed admirably. West finished with 69-yards on 24 carries for a 2.9 yards per carry average (ypc). He didn’t stop there, though, as he scored a touchdown from four yards out, and caught three passes for 92 yards including an 80-yard catch-and-run. He has three straight weeks of 20+ carries and has 276-yards on 66 carries for a 4.18 ypc, and nine receptions for 136-yards. He has also scored in three straight games. This week the Chiefs will take on the Chargers, so expect more magic from West.

Michael Floyd was the beneficiary of the Carson Palmer’s dominance against Seattle. Floyd had nine targets with seven receptions for 113-yards and two touchdowns.  In his last four-games, Floyd has 19 receptions for 328-yards and five touchdowns. He has scored in the last four games and has evidently passed John Brown as a starter. He is still going to need to prove himself, especially against the tough defense of the Cincinnati Bengals. He also has a tough road ahead against the Rams, Vikings, Eagles, and Packers.

Antonio Brown in the last two weeks has been dominating. It helps that he has faced both the Oakland Raiders and Cleveland Browns with Ben Roethlisberger throwing him passes, but great receivers take advantage when facing inferior opponents, and excel when facing tougher ones. Brown has 27-receptions for 423-yards and two touchdowns in his last two contests, advantage Brown. Against Cleveland, he caught ten passes for 139-yards and two touchdowns, and on the season he has 79 receptions for 1141-yards and five touchdowns.

Gary Barnridge has proven that not only can he be successful with Josh McCown at quarterback, but last week and more importantly with Johnny Manziel, who is now the new starting quarterback. Manziel targeted Gary Barnridge eight times, and Barnridge caught six for 65-yards and a touchdown. He has now hit pay dirt seven times in ten games. He should continue to thrive as he will most likely be Manziel’s old reliable, and should get targets in garbage time as well, considering Cleveland is playing behind for most of the game.

Andy Dalton has been awesome this season, and then Monday Night Football came around. He posted his lowest marks in passing yards and completion percentage, and couldn’t get the Bengals across the goal line. On top, he threw an interception. Some of the performance are on the shoulders of Tyler Eifert, who had trouble holding on to the ball. He should bounce back, but with Andy Dalton you never know what may happen next. He has 2423-yards with 18 touchdowns and just five interceptions.

He looked as though his stock may have been improving with decent performances in weeks eight and nine. But, against the Chiefs he only saw the rock twice and did very little with it. He had just one target in the passing game, and both his carries came in the second half. Ronnie Hillman got the starting nod again, and it appears Denver has washed their hands of the once promising running back. In nine games, he has 90 attempts for 324-yards and just one touchdown. He also has only caught 15 passes for 109-yards. Once the season ends, it will be interesting if they don’t try to move C.J. Anderson to another team, as he will be a restricted free agent.

The Rams defense is one of the best if not the best in the NFL, but when the team puts up 37-points, you figure Jeffery would be all over it. Instead, he only caught three passes for 23-yards. It didn’t help that Jeffery is dealing with multiple injuries, and is still limited in practice today. Alshon Jeffery on the season has solid numbers. In five games, he has 36 receptions for 515-yards and two touchdowns. He also has three 100+ yard games. He will face the tough Denver Broncos defense this Sunday, but then it opens up a little for him with the 49ers, Redskins, and Buccaneers in the upcoming weeks.

We all know by now that Jimmy Graham cannot block, but it becomes an issue when he begins to drop his catching opportunities. He had eight targets and came away with three catches, two of them he flat out dropped. He also couldn’t get to two red zone targets. His biggest play came on the opening drive in the second half where he had a 30-yard catch. It hasn’t been pretty this season as he only 41 receptions for 491-yards and two touchdowns. Clearly he misses Drew Brees. 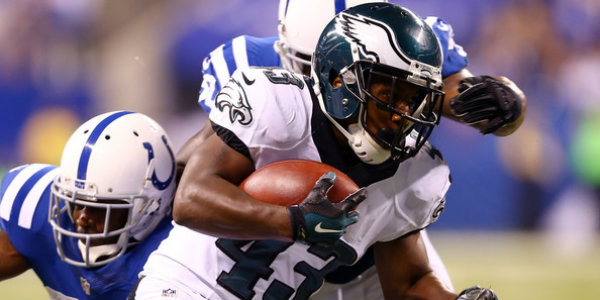 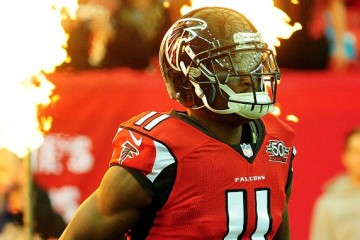 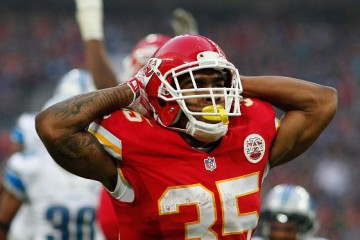 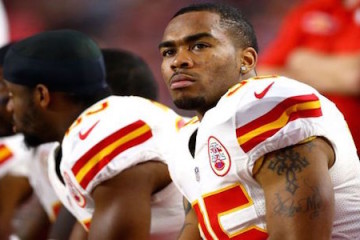