Time sure does fly during the NFL season as we’re already approaching the halfway point of the year and owners need to be proactive with pickups the rest of the season or else you’ll be left in the dust. The four teams on bye this week are the Buffalo Bills, Philadelphia Eagles, Jacksonville Jaguars, and the Washington Redskins. Washington and Jacksonville’s D/ST units haven’t been of much use to fantasy owners this season, but Buffalo and Philadelphia surely have as the Bills rank 4th amongst defenses while the Eagles rank 10th. If at all possible, fantasy owners should try to keep the Bills and Eagles D/ST rostered unless you have no other choice but to drop them. With that being said, owners shouldn’t be dropping anyone of substantial value to keep those two defenses rostered, rather it should be a bit or underachieving player. With those musings out of the way, why don’t we get to the main course.

Without further ado, here are the top five defenses to stream under 60% owned in ESPN leagues for Week 8.

Minnesota Vikings – (58.4% owned in ESPN) – at Bears – Although Minnesota only has one double-digit fantasy performance through their first six games, the Vikings have been extremely consistent over the last five weeks as the unit is averaging 8.8 fantasy points per game over that stretch. Additionally, the Vikings have only allowed one team (Denver), to surpass the 20-point threshold. Minnesota put forth a dominant effort in Week 7 against the Detroit Lions as they relentlessly sacked Matthew Stafford seven times, raising their season total to 17 sacks, tied for the ninth-best mark in the NFL.

Since Carlos Hyde dusted them up and down the field in Week 1 for 168 yards and two touchdowns, Minnesota has been stout against the run as they are only permitting 81.2 rushing yards per game since Week 1. Through the air, the Vikings are the the owners of the 11th-ranked pass defense as they are surrendering 232.8 Y/G through the air and they should pose a tough threat to Jay Cutler, Alshon Jeffery, Martellus Bennett, Matt Forte and Co. The Bears certainly possess some dangerous offensive weapons, but we all know how turnover-prone Cutler has been throughout his career, and even though he has cut down on the mistakes so far this season, he still has five turnovers (4 INT, 1 FL) through five games. Make sure not to overlook the Vikings D/ST this week when looking for a streamer.

Atlanta Falcons – (52.4% owned in ESPN) – vs. Buccaneers – The Falcons got back on track in Week 7 as they recorded two interceptions and a sack against the Titans and went on to post 10 fantasy points, their third double-digit effort in their last four games. While Atlanta ranks last in the league with only eight sacks, they more than make up for it by having registered 12 takeaways, tied for seventh with the Carolina Panthers. This bodes well for their Week 8 matchup as they get to face another turnover-prone quarterback in Jameis Winston, although he hasn’t had a turnover the last two weeks. Even so, Winston still has eight turnovers (7 INT, 1 FL) through his first six career games.

Additionally, news came out today that Vincent Jackson (knee) is expected to miss Week 8 and that will be a big loss for the Bucs offense as it leaves Mike Evans as the only legitimate pass-catching threat among the wideouts. Tampa Bay running back Doug Martin is red hot as he’s posted three consecutive 100+ yard efforts with three touchdowns and is averaging 5.8 YPC over those three games. While the Muscle Hamster (sorry, Doug) will be challenging to stop, the Falcons boast the second-ranked run defense as they are only allowing 78.6 rushing yards per game. Playing in the Georgia Dome against an inexperienced quarterback with a quality wideout missing and their two best fantasy performances coming at home, fantasy owners should be optimistic of the Falcons chances of delivering another workmanlike effort.

Kansas City Chiefs – (26.3% owned in ESPN) – vs. Lions – The Chiefs will be traveling to London in Week 8 to face one of the worst teams, if not the worst team, in the NFL. In Week 7 against the Steelers, Kansas City forced three turnovers (2 INT, 1 FL) and two sacks for an 11-point performance. More turnovers should be on the horizon as the Lions lead the league with 18 of them, three more than the next closest team. Matthew Stafford took a beating last weekend as the Lions surrendered seven sacks and he was forced to undergo X-rays on his hand. The Lions have already given up 20 sacks this year while the Chiefs have racked up 15 themselves and you can bet they will get to Stafford a few times thanks to a sieve of an offensive line. Not to mention, the Lions have the worst rushing offense in the league as they averaging a putrid 68 Y/G. In other words, it’s time to fire up the Chiefs against a moribund team with a turnover-prone quarterback.

Tennessee Titans – (20.6% owned in ESPN) – at Texans – While the Titans D/ST unit hasn’t been amazing this year by any means, their Week 8 matchup presents an intriguing opportunity to use their services considering the circumstances. First of all, star running back Arian Foster (achilles) is out for the remainder of the season and this will force the Texans to rely on the likes of Alfred Blue and Chris Polk out of the backfield, which is obviously a severe downgrade in talent.

Additionally, Houston is the pass-heaviest team in the NFL this season and this plays into the Titans strength as they are only permitting 195.2 passing yards per game, the second-best mark behind the Broncos (192.2 Y/G). Brian Hoyer has only completed 58.9 percent of his passes so far and while he sports a solid 11:3 TD:INT ratio, we all know Hoyer is a game-manger who’s had problems with turnovers in the past. Hoyer’s inaccuracy could come back to bite him considering how much he throws against a team that is stout defending the pass. The Titans had two interceptions in Week 7 against the Falcons and have eight picks on the year, tied for the sixth-best total. Stopping DeAndre Hopkins is going to be a tall task, but if they can do so, expect a worthwhile outing from Tennessee.

New Orleans Saints – (2.6% owned in ESPN) – vs. Giants – While the Saints have been one of the worst D/ST units to date, they have turned it on as they are averaging 12.5 points the last two weeks. Last week against the Colts, the Saints racked up three sacks, two interceptions, and one fumble recovery. That brings their takeaway total to eight over the last three weeks and 11 for the season, which is the ninth-best figure in the NFL. While interceptions haven’t been as common for Eli Manning this year, it’s safe to say he’s struggled in this department over the course of his career and could be due for a classic #Eliface game in a hostile environment. Manning has struggled the last few weeks with Odell Beckham (hamstring) playing at less than 100 percent and the Giants have the 21st-ranked rushing attack led by the likes of Shane Vereen, Rashad Jennings, Andre Williams, and whatever an Orleans Darkwa is. No need to be afraid of anyone in that group. With that being said, this isn’t a pick for those who aren’t willing to be risky, but as we all well know, fortune favors the bold. 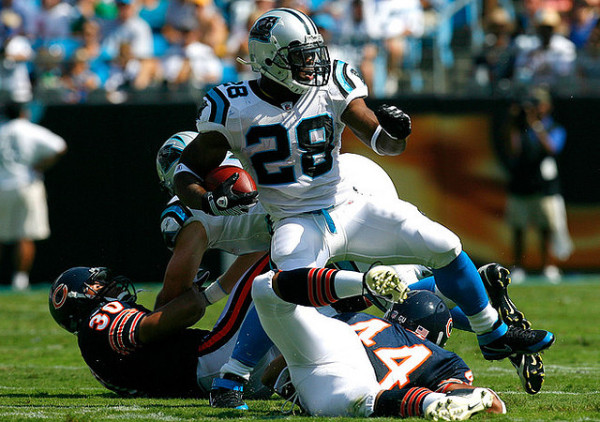 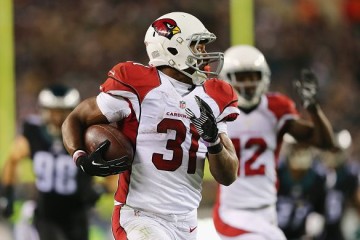 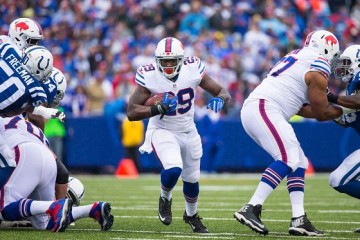