While watching the Nationals explode for a dozen runs in Game Two of the World Series, I was researching for ways to get an edge on my competition. Scouring for which options were available and would be the best fit for my team. In the end, I selected to use my Rapid Rewards points and for a whopping $11.20, secured a round trip flight to Vegas so I can see my son play some baseball. What a fricken’ deal, one I couldn’t pass up as it opened up lots of opportunities for me and my team down the line, potentially the Hofbräuhaus or Topgolf. Digging deeper sure paid off in this scenario, reminds me of something else we have in common…

Everything is sports and this time of year shows it. World Series has started, NBA Regular Season has tipped off, NHL is on ice, the NFL is already in Week Eight and Fantasy Football is in the deep grind. Lots to keep tabs on in the sporting world, luckily we have our Halloween shopping done and decorations are up. Every Thursday, Alan Harrison and I will post our Fantasy Fix Consensus Player Rankings. These are to be used as a guide to assist your starting roster decision making; educated guessing IS fantasy, that and dedication. YOU ultimately set your lineup(s) and should have your own opinions about which players to give the nod. Make sure to research many options, look at different scenarios and set your team goals… maybe you too will end up like me drinking liters of Märzen at my out-of-state bank in the desert.

Here are some ‘sneaks‘ for your Week Eight.

Rams should demolish the Bengals at Wembley Stadium in London on Sunday. Cincinnati allowed Leonard Fournette to rush for 131 yards in Week Seven and Jacksonville in total ran for 216 yards. In Week Six, Baltimore rushed for 269 yards and two TDs (Yes, Lamar was in on that) against Cinci. Week Five, Bengals gave up 266 yards on the ground and two touchdowns to Arizona (Yup, Kyler Murray). As you can see, Bengals front seven is stinky, they only have nine sacks on the year. Cornerback Dre Kirkpatrick could miss again (knee) and as a team, they only have two interceptions. The Bungles allow 5.2 yards per carry and that is worst in the NFL. I’m Calling 15+ touches in the UK! “Hey look kids! There’s Big Ben, there’s Parliament!”
DraftKings $4,000

Looks like the Falcons have mailed it in after trading Mohamed Sanu on Tuesday to the Patriots. What a great spot for Russell Wilson and the Seahawks to bounce back after the tough Week Seven loss to Ravens at Home. Atlanta allows the fifth most yards per game (274) and are tied with AZ for most receiving touchdowns allowed on the season with 17. Falcons only have two interceptions on the year and allow opposing receivers to score the forth most points per game with 43 in PPR format. Dirty Birds secondary should also be without Desmond Trufant for 3rd straight game  Over under is 54 and Seattle is only favored by 3.5. D.K. gonna blow up here! Only lingering issue is if Pete Carroll will punish him from losing a fumble late in Week Seven.
DraftKings $5,000

Week Seven: Caught all three targets for 43 yards and a touchdown.

Monitor Jared Cook’s health through the week as New Orleans plays the worst defense against Tight Ends by a far distance, the AZ Cardinals. If Cook is ready to go, I would slot him in on opportunity alone. If Cook sits, Josh Hill could be picked up off waivers and plugged right into your lineup. He is also a great find in DFS as he is way cheap. Keep tabs on the situation here as could be a gold mine for next to nothing. Cardinals have given up eight touchdowns to tight ends and allow an average of 24.3 points per game in PPR Format.
DraftKings $3,200

Monitor Delanie Walker’s health too as he left in the first quarter Sunday as the ankle continues to bother him. Same situation here as with Josh Hill, whoever is the starting tight end for the Titans against the Buccaneers should have a field day. Tampa Bay allows 19.1 points per game to tight ends in PPR. If both Cook and Walker are out, my pick would be Jonnu over Hill. Both are great DFS darts.
DraftKings $2,800
Our Fantasy Fix consensus rankings are always in a state of flux as they are being constantly updated. Make sure to check back periodically to see if players have fallen or gained momentum. If you have a roster decision/dilemma or need trade advice, Tweet at us! Take no prisoners and get that WIN!
2019 Fantasy Football Rankings powered by FantasyProsECR ™ – Expert Consensus Rankings 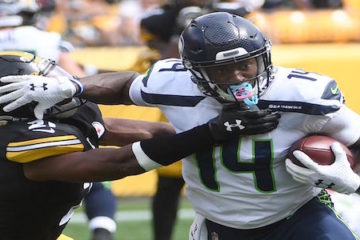 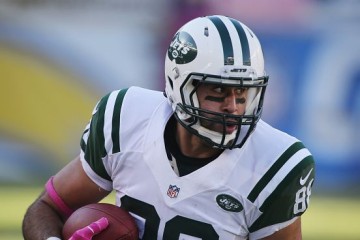 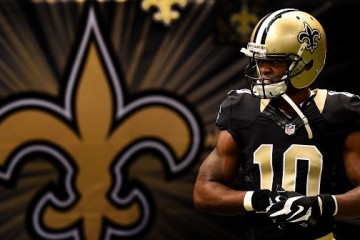