Here we are, achieved goal #1… making the contest! Give yourself a pat on the back as no one else will acknowledge your accomplishment other than (maybe) another fantasy football owner in your league. Remember, this is YOUR fantasy terrain. Others who are apart of your daily activities, do not want to be bothered with such silly things. Your kids probably do not want to hear about your team, fellow parents who are walking their kids to school do not, the postman delivering your eBay baseball card purchases cares less, co-workers run in fear… none of them care about your playoffs. There, there, do not fret fellow nerd… we got you covered over at The Fantasy Fix.

We obviously care about your team or we would not be here with weekly content to better your chances of domination. We want to hear about your season and any crazy stories that might have went down. For example, in a long time league of mine, two GMs who were eliminated from the playoffs just created major havoc.  These two nameless owners picked up Alexander Mattison, Darwin Thompson and James Washington on waivers this past Tuesday night to be cute. Now we are back peddling in that league to make it right as the ones eliminated who made the claims are not fighting for anything (not even a consolation prize). So those players had to be placed back in the player pool so the rightful playoff owners can have their shot at them. Funny thing is the Commissioner executed this change after the fellow GM went to bed (as he is an early riser), therefor he could not claim any of those players as they were not available by the time he rested his little head. Now those players are on waivers unclaimed, dilemmas…  I was on the Twitter machine and noticed a lot of banter in regards to this exact topic “Should players be available to be claimed by other GMs who did not make playoffs”…  what is your take?

We are here for you and have been all season.  We want to interact more with you on Twitter to make you feel part of the team. We are gearing closer to the end of the fantasy season and the content will start to gear towards MLB. What do you want to see to help your domination? What did you like, not like? Thanks for taking the time each week to read as some of you will not be here next week. Below are our consensus rankings for Week 14, we are proud of you and give you cyber knuckles for the hard work and dedication to the game. Go win by using our ranks only as a guide. This is YOUR Team, YOUR Championship, YOUR FANTASY.  If you fall short this year, you always have next season to look forward to. That is why fantasy is so great, The Neverending Story. So hop up on Falkor the Luck Dragon’s back and ride to your kingdom of trophies and pride.

Here are a few guys who might just lead you to paradise… just kidding, these are more like DFS darts. At this point in the season, you need to score as many points as possible. You should have much better options since you are a GREAT GM and are in the playoffs. Some DFS or Hail Mary plays below. Laird and McDonald maybe… so hard to trust with fantasy life on the line.

Yeah, not a very good line there from this past Sunday… but Pittsburgh travels to Arizona, the land of the free and the home of the bad pass D. The 7-5 Steelers are fighting for that Wild Card spot. Duck should be able to quack the secondary for a long score. Did you know the undrafted rookie was a Junior World Champion Duck Caller? Did you know the Cardinals give up the most points to opposing quarterbacks? They have also allowed the most passing yards and touchdowns this season. If you won with him, DuckTales. No he is not throwing to Huey, Dewey and Louie. DraftKings $5,900

Week 13: Rushed ten times for a whopping five yards, but scored a touchdown. Caught four of five targets for 43 yards.

Kalen Ballage was placed on injured reserve after sucking it up all season long. Patrick Laird is next up and is actually a nice little play in PPR. FitzMagic has been airing it out a ton and will need to check down the the Dragon’s Laird. Vegas has Jets by 5 and the over/under at 45. Game script should be in the favor of 5-7 targets as well as most of the totes on the ground. Finding pay dirt would jump the ceiling and he is real cheap. DraftKings $4,100

Week 13: Snagged all three targets for 103 yards and a touchdown.

The Packers are trying to maintain their Black and Blue division lead and facing Washington at Lambeau is just what the Rodgers ordered. Lazard has been a big play threat for the Pack Show and they are favored by 13. I can see another big day from Green Bay and Allen should be on the receiving end of some magic. Rodgers and him connected for a 37 yard and 43 yard completions, so he can find the end zone by bustin’ loose. DraftKings $4,200

The Cardinals are putrid against tight ends, if you do not know that, where have you been? Over the past four weeks they have surrendered 25 receptions and 276 yards receiving to the position and allowed a touchdown each week. Arizona gives up an average of 21.9 points in PPR format per game to that position. I am gonna keep going back to the well, until it runs dry. Funny that there is no drought in the middle of the desert. DraftKings $4,300

—
Now is not the time to slack off, time to seize the coveted Fantasy Championship. All of us here at The Fantasy Fix are pulling for you to make it out alive from Week 14. We expect to have you back next week. If not, hope to have you over again soon as it’s been fun serving you!  GO MAKE US PROUD! 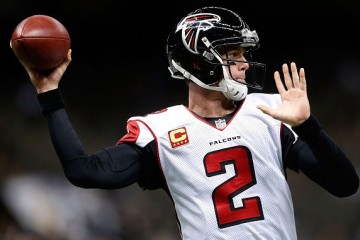