Judgement Day is in our future and some of you already see the writing on the wall. Ten weeks in should give you a solid gauge of your chances on making the post season. The waiver wire could just be that treasure map to save your season. This past weekend I was in Vegas as my son plays baseball and was in a tourney out there. Of course when in Vegas, you have to test your luck. I have been frequenting Vegas since my days as a youth winning countless stuffed animals at Circus Circus with the family, to melting my face of in 110+ degree heat to see the Grateful Dead in ’94. I used to gamble a lot more… before I had kids and multiple financial obligations, sigh. I do still throw down some coin there as I call Vegas by “bank account in the desert”. My son pointed to a Goonies penny slot and 20 minutes later I hit for $381.23. I came home with more money that I brought, I win this time Lost Wages!I was thinking of an intro and wanted to tie the Steven Spielberg movie into fantasy. We are all a bunch of Goonies playing fantasy as we are all trying to save our house and ultimately make out with the riches… and the girl.

Every week we walk the plank when it comes to making roster decisions. Some guys are locked in no mater what, sorry Kupp owners. We experience many booby traps along our quest which cannot be predicted. When searching weekly in waivers, we are trying to secure our own Sloth which will help us get out of the cave and bring home the bag full of One Eyed Willy’s Treasure. 2020 will be The Goonies 30th Anniversary in theaters, watch it again with your kids, but not on Sunday. This Sunday could just seal your destiny, for me it is ‘When I Paint My Masterpiece’.

RB, Saquon Barkley (Ankle) – X-rays taken after game and would not answer questions post game in regards. He is on a bye this week.

RB, Devonta Freeman (Foot) – MRI was scheduled on Monday, could miss a couple weeks with a foot sprain.

TE, Austin Hooper (Knee) – MRI was on Monday and diagnosed as sprained MCl.

TE, Rhett Ellison (Concussion) – in protocol and on bye Week 11. Hopefully Engram back by then.

Below are guys that are on the radar. If you need to win now, go for it. If you are prepping for the playoffs, look ahead at match ups and lock up your running backs. I also tend to favor kickers who play indoors as we start to get into foul weather middle of November. Truffle Shuffle your way into the Fantasy Playoffs with pride and show off those “Chunks”.

Sam finally reached the 20 point plateau with his most efficient game of the season and a win, which they haven’t seen since Week Six against Dallas. Darnold’s schedule is very tasty the next four weeks and could just be that replacement fill in you need in your life, but could offer more. Next Four: @WAS, OAK, @CIN, MIA.

Nick is back from Injured Reserve as ‘Minshew Mania’ comes to a screeching halt. He has plenty of weapons at his side, but a banged up offensive line. He also has a plus schedule the rest of the way out. Next six weeks: @IND, @TEN, TB, LAC, @OAK, @ATL. Dede Westbrook should be back and they typically together are good for a couple long targets per game. With Fournette behind him, should see open receivers to keep floor safe.

A bad call lost him that fumble. He will be on a bye Week 11 but since taking over for Mariota, he has not scored less than 18.9 points in a game. If you have a QB on a bye Week 12 (Kyler Murray, Patrick Mahomes, Philip Rivers & Kirk Cousins), Ryan would be a good fill-in coming out of the bye as they will be fighting for their playoff life.

Devonta Freeman left with a foot injury and Hill took over lead role. Ito Smith was placed in Injured Reserve last week and Austin Hooper left with a knee injury as well. Number one priority waiver claim for Week 11, as could be the lead back this week and more depending on Freeman. High powered offense and a guy who could get 15+ touches!

Ty Johnson is in concussion protocol and McKissic was handed lead. More valuable in PPR leagues as only totaled 55 yards from scrimmage. If the Lions do not sign another back, JD should be in for 15+ touches against Dallas. Volume on waivers is what you are looking for and McKissic would be an every down back.

Adrian Peterson had his second 100 yard game of the season before the bye and should hold onto keep the starters role. Redskins only have one win on the season and will need to start looking ahead to next year soon. Guice could be the lead back during fantasy playoffs. Sure it is a bad team, but volume plays… but could you trust it with your life on the line?

Week 10: One rush for two yards. Caught one of two targets for three yards.

Keep tabs on the Saquon injury during the Giants bye week, but snag up Wayne Gallman on waivers just in case Barkley cannot go. He went off in Week Four without Barkley and saw 24 touches and finished with 27.8 points in PPR and was RB5. There also could be no Evan Engram and Sterling Shepard. This is a looking ahead move if you are desperate to keep your chances alive in these next three weeks.

Week 10: Hauled in eight of eleven targets for 112 yards.

If Emmanuel Sanders has to miss any time with his rib ailment, Deebo would snatch the lead role for the Niners. But remember the uptick in Targets would subside with Kittle back in the fold.

Week 10: Caught six of seven targets for 90 yards and a touchdown

Double digit point totals over the past two weeks and finished as a WR1 (12th overall) in Week 10 with 19 points in PPR format. Led the Steelers in receptions, receiving yards and scored the only offensive TD. Has seen six or more targets in three of past four games. Next four games: @CLE, @CIN, CLE, @ARI.

Week 10: Saw nine targets and caught six of them for 84 yards receiving.

Since Week Five Thomas has played 74% of the team’s offensive snaps. He has averaged 9 points per game (PPR) and averaged four catches per game in that span. That production has all come without the aid of a touchdown. Demaryius had his best game of the season in Week Ten and led the Jets in catches and receiving. Upcoming schedule looks tasty: @WAS, OAK, @CIN, MIA. If he can get into the end zone, chances of being a top 20 play.

Week 10: Hauled in four of six targets for 39 yards and a touchdown. Rushes one time for negative one yard.

Gabriel has averaged 11 points per game over the last three weeks. Remember he had a crazy Week Three when he scored 32.2 points on seven targets. He had 26% of the target share this past week and Trubisky is starting to get more efficient. Next three weeks: @LAR, GIA, @DET

Week 10: Was targeted a whopping 14 times and caught 10 for 121 yards receiving and two touchdowns

Giants are on a BYE Week 11 so he will not help you this week. If Sterling Shepard cannot make it back from concussion issues, Slayton would be the number two to Golden Tate for a team that throws over 40 passes per game over the past three. Ten receptions and fourteen targets are not something you can sleep on. Pick him up now for Weeks 13-14 but you might have a better option as he plays Chicago out of the bye. Week 13 on: GB, @PHI, MIA.

Week 10: Caught eight of ten targets for 62 yards and a touchdown.

The Seahawks are on a bye in Week 11. Ed Dickson should be back with the team Week 12. Jacob was looked at often and with confidence by Russell Wilson. Dickson might draw a few of Hollister’s targets, but his involvement in the offense was very noticeable. Tyler Lockett was taken to the hospital after the Monday Night game and if he were to miss time, those targets Ed would eat away from Jacob would be gained with Tyler on the shelf. Next Three up: @PHI, MIN, @LAR

Double digit scoring over past two games in PPR. Ravens use plenty of two tight end sets. Nick finished as TE12 Week 10 and his teammate Mark Andrews was TE1, Boyle saw 12 more snaps. Ravens shouldn’t typically have two top twelve TEs, but weekly one should shine as Baltimore has been putting up plenty of points. The next four opponents however have been stingy against opposing tight ends: HOU, @LAR, SF, @BUF.

I have already stated how appetizing the Jets schedule is over the next four weeks. Herndon is done for the season after fracturing a rib on Sunday. Griffin is tied for the team lead with three touchdowns. Ryan had double digit games in Weeks Eight and Nine. If Dalton catches fire with the easy upcoming schedule, Griffin might be on the receiving end of some.

If you have made it this far in the article, it means you still have life this fantasy football season or you really like my writing or are a family member, lol. These next few weeks will determine if you make it into playoffs. For a large number of owners, their chances are slim to none; so if you are still are breathing you are doing better than many. Week 11 waivers could hold your Sloth which will bring you fantasy gems and wealth. Study the treasure map by staying up on injury news and researching positional match ups that could give you an edge. Watch closely on the waiver for players who are dropped as some owners are low on room for rostering guys in the bye weeks. Sometimes small doubloons can be found which can shine the following week. I am gasping for breath in one league and filling out this week’s roster is a top priority for me. Thanks for the read and ranks will be out on Thursday. Do not let The Fratelli Crime Family spoil your chances for the trophy. 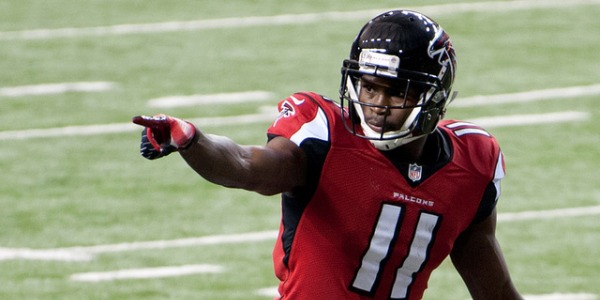