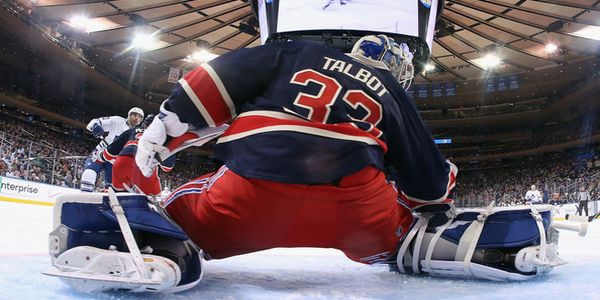 The 2014 Winter Olympics hockey rosters have been set for the 12 participating countries. Debating who should and should not be on the teams will go on for days, but the immediate impact the decisions have in fantasy hockey loom large.

This is a waiver wire piece, so saying to go add Pittsburgh Penguins forward James Neal is impossible. He is owned in 100% of leagues, but could be had if you are willing to trade another high-end forward. It can be argued that there is only a handful of players that are too valuable to move for Neal (Sidney Crosby and Patrick Kane are two that come to mind), but if you are in the business of acquiring players with a chip on their shoulder, the left winger is a good option.

There will be a name or two listed below that could be a boon for your fantasy roster because they were spurned by their home country.

Mats Zuccarello– New York Rangers (Owned in 92% of leagues): The diminutive forward has been one of, if not the most consistent players on the up-and-down Rangers. His 30 points in 43 games ranks first on the team. His 10.8 shout percentage is also on par with his career average of 10.3%. The results are there, so add him before he is gone.

Jordan Staal– Carolina Hurricanes (54%): The younger Staal center is shooting more than he was to start the season, a good sign for those hoping for a resurgence in fantasy. In the last calendar month, Staal has two games where he has taken zero or one shots in a game. He also have three games with a least five shots on goal. He has three goals during that time, but that could change with the drop of a hat. His older brother Eric could miss time with an upper-body injury, meaning more time for Jordan in offensive situations. Watch/add Staal knowing this could be a boom or bust situation.

Brayden Schenn– Philadelphia Flyers (40%): Schenn has four goals in his last five games, and seven points total in that span. Philly is now in second in the Metropolitan Division, and Schenn has been one of the reasons why. Top to bottom, the Flyers are scoring again and have a team with very good options offensively. Schenn is in that conversation now, and should continue to make strides with the puck on his stick.

Andrew Cogliano– Anaheim Ducks (28%): Cogliano recently signed a 4-year, $12 million contract extension with the Ducks. He is known for his defensive prowess, but has been lighting the lamp at a career-high pace. His 14 goals in 45 games are four behind his career high of 18, which he did twice during 2007-09. Get on the boat before it takes off.

Kimmo Timonen– Philadelphia Flyers (92%): Timonen has been on this list before, but now is the last time to add him before he is owned in all formats. The Flyers are playing well enough to trust nearly all fantasy-relevant players. The Finnish Olympian has had a plus/minus below zero only three times in his last twelve games. He has had a positive plus/minus in five games over the same time. His 82 is very good for a defenseman on the waiver wire, as well.

Olli Maatta– Pittsburgh Penguins (7%): After being a healthy scratch to end 2013, Maatta has shown flashes of improved play in 2014. The 19-year old was also named to the Finland hockey team, showing that the Finns are willing to take a chance on the offensively-gifted blueliner. He had assists in his last two games, and was also a plus one in the plus/minus category in each of those games. His ice time will be capped at around 18:00 minutes per game, but the offensive upside is worth keeping an eye on.

Ben Lovejoy– Anaheim Ducks (6%): Lovejoy has been contributing much more than anyone would have expected this season. He is shooting more often (nine in his last four games, 66 this season) and it has resulted in goals. Two of Lovejoy’s three goals came January 3rd against Edmonton. His ice time varies between 16:00 and 20:00 minutes per game, but do not be afraid to roster him with match-ups against poor defenses in mind.

Jacob Trouba– Winnipeg Jets (52%): The rookie has been putting the puck on net and seeing results. The Jets have three above average offensive defenseman, and only one of them, Trouba, has been on the right side of the plus/minus spectrum. He was a minus three against the Boston Bruins on January 4th, but has been a positive plus/minus contributor in three of his last five games. He sits at an even zero currently. As long as Trouba’s ice time remains around his current average of 21:11, he should put up points and keep increasing his shot total.

Anton Khudobin– Carolina Hurricanes (74%): If Khudobin could stay healthy, who knows how much better the Canes would be. He has played in six contests this season, winning five including three straight since returning from injury. His 1.99 goals against average and .940 save percentage may not be sustainable, but as long as he plays with this type of confidence, start him. Cam Ward is on the injured reserve, so expect majority of starts to be Khudobin’s.

Cam Talbot– New York Rangers (25%): Talbot has nine wins, incumbent Rangers starter Henrik Lundqvist has 12. Talbot has appeared in 15 games, Lundqvist has seen time in 32. Talbot is also doing laps around “King” Henrik in goals against and save percentage. Expect Talbot to see his starts totals increase over the next six to eight weeks with the Winter Olympics coming. Lundqvist will be the unquestioned starter for Sweden and get the lionshare of starts. If Henrik is playing poorly now, imagine how poorly he could be playing after the Olympics. Talbot will be able to rest up knowing that post-Olympics he could be logging heavy minutes.