Congratulations! If you are reading this, you have made it to your league’s fantasy playoffs, or you are relegated to the consolation bracket and appreciate this column.

I think the former is the more likely reason.

Regardless of your reason, it is good to know that you are seeking advice. This is it. You have to do any and everything to win your league. The past week of games gave me a lot to think about, and made me question what can be done to push your team to the top. Your rise depends on your decision to take a chance, or stand pat. To be fair, what you have done my column or not, has worked. I am the person who can cut bait if part of the ship starts to take down the rest. That being said, take a look at the highs and lows I have for the first week of the fantasy playoffs.

Brandon Saad, Left Wing, Chicago Blackhawks: I mentioned that Saad was slowly rising on the list of players to watch and/or add, and he has made me look like a genius. Sunday’s two goal, three point effort against Detroit is a small sample of what can happen when the luck falls his way. The first 20 games or so, Saad was on the verge of exploding offensively. Now, he is a must own for the playoffs. No joke.

Matt Cullen, Center, Minnesota Wild: Cullen is 10 points away from matching his 2011-12 season total (35). The 36-year old is having a career year in this shortened season. The career plus/minus -59 is a plus-8 this season, his second highest of his career. Enjoy Cullen’s scoring now, because March was kind to him, and Minnesota is set up for a playoff run thanks in part to Cullen.

Viktor Stalberg, Left Wing, Chicago Blackhawks: The trade deadline is this Wednesday, April 3rd, and if Chicago decides to add a top-9 forward, Stalberg is likely being shipped out. He will be an unrestricted free agent after this season, and due a pat raise as his game is progressing well. Stalberg only has 12 points, but he is a plus-12 and would see an uptick in minutes on another team. Stalberg could be a diamond in the rough if you have a player recently knocked out for the season, or out for the next couple of weeks.

The St. Louis Blues: The Blues have fallen farther than most expected, and it has taken a toll on fantasy owners. Steady players like Alex Pietrangelo and Kevin Shattenkirk have hurt more than helped, and scoring from stars like David Backes and Alex Steen dries up as quick it shows up. If you want to add a hot player from waivers, do not feel bad if you have to cut a Blues player.

Daniel Winnik, Center, Anaheim Ducks: Winnik has not been fantasy relevant since January. JANUARY! He should be owned in zero leagues, but is still owned in nearly one third of leagues across all formats. There are too many relevant players available on the waiver wire that will make your better than Winnik.

Dougie Hamilton, Defenseman, Boston Bruins: If you have a rookie not named Brandon Saad, drop him. Hamilton does not see enough time to be used on your ‘D’ corps. Dougie’s teammate Dennis Seidenberg should be owned in all formats, but is still available in enough to get a mention with the rookie.

I want to wish you the best of luck in your first week of your playoffs. I made it in half of my leagues, so I plan on sticking it out with all of you. If your playoffs are one week matchups, be aggressive. One bad day can spell the end of your championship run. If you play in two week match league, you have some leeway with your roster.

Good luck to all!

Check out my ramblings and wisdom on Twitter @jeffrotull44. 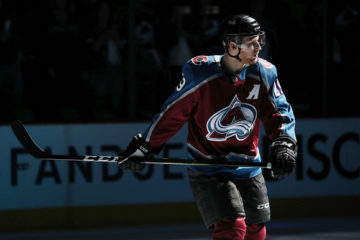 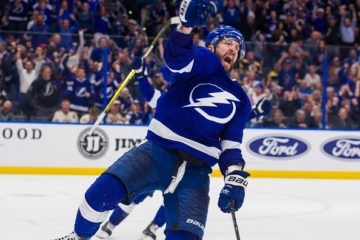 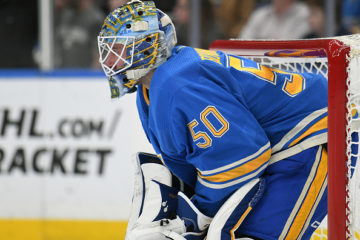