Some rain might fill the night sky in Atlanta. In other places, there will be no rain.

Remember the disastrous list of starting pitchers we had to deal with on Wednesday? Thankfully, we’ve been saved by the Baseball Gods, and dealt a better hand today. There are some top of the rotation arms available for your choosing, and I’d probably start with Madison Bumgarner. I’m sure you’ve all seen the Hunter Pence signs, I’d like to designate my own. “Hunter Pence picked Madison Bumgarner in DFS.” He’s a smart man, he’s going to pick his teammate. Bumgarner dazzled in his last start, throwing a complete game shutout against the Mets and making it look really easy. He takes a 8.94 K/9 into Kauffman Stadium to face a rather lack luster Royals offense. In the Royals defense, they don’t’ strike out a whole lot, but they don’t have enough firepower to overcome “Mad Bum.” He’s just about as safe as you can get tonight.

If you wish to dance with fire, dance with Stephen Strasburg. We’re all well aware of the capabilities of Mr. Strasburg, but we’ve all been burned deeply by his performances in the past. He brings an absurd strikeout potential to a strikeout heavy offense in a clash of division rivals today. He’ll be highly owned, as he rightfully should.

If you’ve been watching the games the last few days, you’re well aware that the game is in a deep youth movement. One of the key holders, Mike Zunino, has a solid matchup tonight against a southpaw. Zunino has surely flexed his muscles to the tune of 17 homeruns thus far, with a couple months to play. While only four of his homeruns have come against southpaws, he’s been much better against them this season. He’s sporting a .272 average with a .338 wOBA against left-handers, while only hitting a meager .181 against right-handers. Zunino will face Jose Quintana at home tonight, a night after the Mariners exploded against Scott Carroll. Expect runs, and expect Zunino to be in the mix.

I fell into a pit of nostalgia last night watching Ryan Howard smash an opposite field homerun off of a left-handed reliever to win the game for the Phillies. Oddly enough, I like him again today against Bartolo Colon. It’s quite silly to think about Bartolo Colon still pitching in the major leagues, but he’s doing it. Howard still possesses a ton of power, and Citizen’s Bank Park gives hitters plenty to swoon about. If you’re into the batter vs. pitcher statistics, you’re well aware that Howard has two career hits against Colon, both were hit over the fence. I think the Phillies offense could get to Bartolo today, in fact, I somewhat expect it.

Miles Mikolas is a cool name. Jose Altuve is a cool dude. The little man is a fireball of energy and an endless supply of fantasy points. He gets hits, sometimes doubles, he steals a lot of bases, scores runs, what more could you want? It’s quite simple, I think Altuve picks on Mikolas today, and swipes a few bags while he’s at it; roster him confidently. His .372 OBP and .335 average in conjunction with the 45 stolen bases should be enough to convince you.

Unfortunately I’m not including the Cubs day game, or I’d be all over Evan Longoria in this spot, but I’ll look elsewhere. I’m going to travel out of Chi-town to NYC and take a look at Carlos Santana. Santana really turned around his season, and I can’t even stress that really enough. Yes, he’s still dealing with a .228 batting average, but he’s got an OBP of .370 and has 20 homeruns to go along. Tonight he’ll be facing Esmil Rogers in hitter friendly Yankee Stadium, and I think he’ll take advantage. If you were unaware, 15 of his 20 homeruns have come from the left side of the plate, where he’ll be hitting tonight; take advantage.

I have to kick myself when I recommend players out of fear that there is no other option, so I’m kicking myself now. I’ll be “rolling” Jimmy Rollins tonight against the inept Bartolo Colon. Once again, I don’t solely base anything off of BvP, but Rollins has had some mild success against Colon in his career. This is more a platoon play, coupled with the fact that I think Colon blows up today. Much like Santana, 13 of Rollins’ 15 homeruns have come from the left-handed batter’s box.

It’s always difficult to single in on one guy from the outfield, but Michael Brantley made it easy on me today. I’ve always been a big fan of Brantley’s, but he’s never truly harnessed it all until this year, his breakout season. He’s put together a .320 average and an OBP close to .380 while striking 16 homeruns this year and hitting his usual share of doubles. Brantley has pestered right-handed pitchers all season to the tune of .350 while flexing with a .208 ISO. He’ll be teaming up with Santana tonight, literally, to help destroy some baseballs in the Bronx. I hope the Yanks don’t expect much from Esmil Rogers tonight. 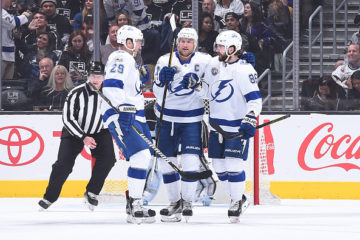 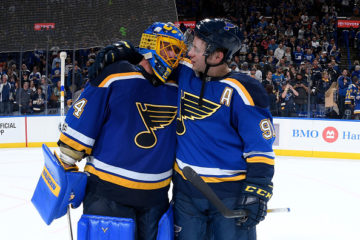 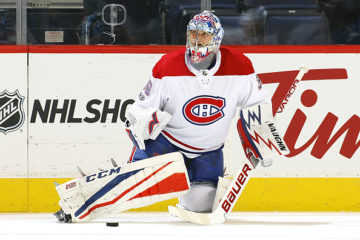