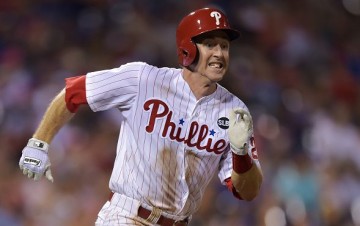 The Philadelphia Phillies pulled the trigger on another deal sending long time second baseman Chase Utley and four million dollars to the Los Angeles Dodgers in exchange for two minor league players that have yet to be determined. The Dodgers will cover the other 1.85 million that Utley is owed. Utley