Shortstop was the weakest position last year on the diamond last year. Several of the shortstops we are profiling were below average offensive performers last season. Obviously, some of them will rebound to put up positive numbers this year and some won’t rebound.

Four of the six profiled shortstops will start for new teams this year than what they began with last season. The implication is that those teams are hoping for the same thing you are. For all of their sabermetric bluster, many organizations are all playing the same game that stock brokers have been playing for years: buy low and sell high.

Tulow is a classic sleeper that nearly everyone is in on. Therefore, he ceases to be a sleeper. He is like that stock in the market that started relatively small, but everyone has heard about. Between 2009 and 2011 he was consistently the best shortstop in the game, but suffered through an injury riddled campaign. If we included his defense he would be a whole lot worse.

The numbers here hide some real concerns moving forward though. Tulowitzki has been injury riddled in the past (as you can see from his 2008 numbers as well). He’s not exactly the rock that the Rockies can build their church on. So, if you are going to make him a first or second round choice you are going to be rolling the dice some. Grade: Sleeper

Anyone notice a trend here. I went on with Brett Talley last year when we discussed Ramirez and oddly enough the season was going according to prediction until he was dealt to the Dodgers. That trade seemed to reinvigorate him enough to bring him back to positive marks. Still, he isn’t the player he was in 2010 and he wasn’t the player in 2010 that he was in 2008 and 2009.

The idea is that 2012 is likely exactly where Ramirez should have been given the general direction of his numbers. That means that his 2013 season will likely be a continuation of that same downward spiral. Unfortunately, the Dodgers have been acquiring a lot of players on the way down. I suppose it’s a lovely ride though. Grade: Rotter

For all of the Rays’ bluster, they are really the same kind of riverboat gamblers that non-sabermetric organizations are. If you look at the numbers you see the kind of either/or production that would make most general managers nervous. The Rays are making a short-term investment in Escobar as they have Hak-Ju Lee waiting in the wings.

They also have the luxury of knowing that Escobar is a plus defender and when you put that with James Loney at first base you can see that the Rays have a certain baseline of production they are expecting. Escobar certainly couldn’t be worse than Sean Rodriguez was, so it really wasn’t that big of a risk. For you, it is a considerable risk. Grade: Sleeper

The White Sox are looking for reasons why they should be able to contend again this year in the AL Central and Ramirez might be one of those reasons. Ramirez is a strong defender, so he isn’t the drain overall that he appears to be here. Still, he traditionally is ten to fifteen runs above average when you count the defense, but he was below average last season.

At most positions, the possibility of average performance wouldn’t be much to go on, but at shortstop that could be worth a borderline starting position depending on the number of guys in your league. If you are playing in an AL only league he definitely worth a look. Grade: Sleeper

The juxtaposition between Peralta and Asdrubal Cabrera is fascinating. The Indians initially moved Peralta from shortstop to make room for Cabrera. He didn’t hit at third base, so they moved him to the Tigers. Since becoming a Tiger, Peralta has outperformed Cabrera each season defensively at shortstop. That’s the reason he was moved in the first place.

Some organizations still don’t have a handle on fielding and how to evaluate it, but for you that is completely academic. The general tenor of Peralta’s numbers are negative in nature as three out of the last four campaigns have fallen below average. So, he is really isn’t a sleeper as much as he is either hibernating or a rotting corpse. Proceed accordingly. Grade: Rotter

What is the difference between smart organizations and dumb ones? Simply put, the smart ones know when they are taking a risk and they minimize the possible negatives. Drew was signed to a one year contract, so if he continues to flop he can be cut with little negative blow back. The Red Sox have Jose Iglesias and Xander Bogearts waiting in the wings in case Drew isn’t the answer.

Like with Jhonny Peralta, the odds are probably long for Drew to turn in anything offensively, but Mike Aviles looked good in spurts last season and he has less of a pedigree than Drew. It’s a decent gamble by a team that desperately wants to be relevant again. Grade: Rotter 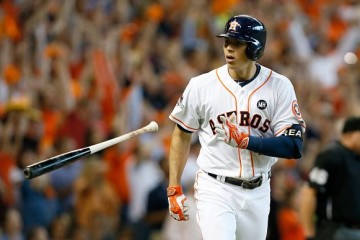 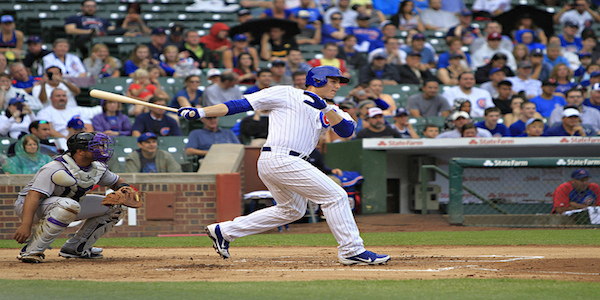 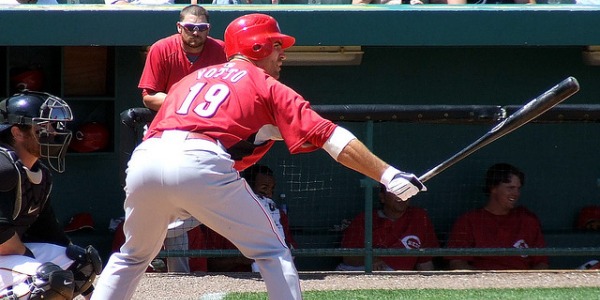