· June 28, 2010
0 0 0
A quick look at last week's Fantasy Baseball top performing and least owned players on the waiver wire. Edwin Jackson's insane no-hitter. R.A. Dickey's 6th straight. Carlos Quentin's four dingers. Brandon Morrow & Jhoulys Chacin are strikeout machines. Is Jamie Moyer really father time in disguise? Can they really keep it up for another week? Check out who's a Must or a Bust.

Will Venable – 8% of Y! Leagues
4 R / 3 HR / 8 RBI / 1 SB / .286 BA
What a week for Venable. Not only has he homered every other game in the past eight but they were at key moments. Low average and high strikeout percentage makes Venable a tough pickup but for deeper NL leagues he isn't  bad, plus he's sure to be on the wire. Don't expect this streak for much longer though, especially going against Jimenez tonight.

Coco Crisp – 33% of Y! Leagues
7 R / 1 HR / 3 RBI / 1 SB / .368 BA
Coco has never played more than 145 games in his career and this year is no different missing almost practically the whole season so far. Since coming back for the past five games, he’s hit in four of five with two multi-hit games and six runs. The good news is that Crisp has the center-field job locked down and whatever little offense the A’s have, Coco will be in the middle of it. Great pickup for runs and stolen bases.

Ike Davis – 17% of Y! Leagues
4 R / 1 HR / 7 RBI / .333 BA
It’s amazing how much hype is around these rookies when they get the call-up and if they don’t perform in the first week or two owners forget about them. Davis has been a big factor in the Mets recent success and already has 9 homers. He isn’t even playing to his full potential yet so as the season progresses, he should shoot from someone only owned in 17% of leagues to possibly 50%. If first-base wasn’t so heavy with talented hitters, Ike could be considered as a quality late-round keeper. Oh yeah, he’s hit five home runs ranging from 434 to 450 so far too… booya!

Gaby Sanchez – 17% of Y! Leagues
4 R / 1 HR / 4 RBI / .417 BA
Sanchez is doing one hell of a job holding off rookie prospect Logan Morrison. Solid numbers all around from runs to RBIs to average. He should be able to hold off Logan for a while longer and possibly the year if he keeps playing like this. In the last 11 games, Gaby has nine multi-hitters.

Jamie Moyer – 15% of Y! Leagues
15 IP / 2 W / 12 K / 1.80 ERA / 0.60 WHIP
You certainly will not get better performances from a 47 year-old. Hell you can’t even find another 47 year-old pitching in the Bigs. I’m sure Moyer would love to follow the footsteps of Satchel Paige and pitch into his 60’s but something tells me that he only has another year at best left. Minus Moyer’s complete meltdown against Boston (1 IP, 9 ER), his numbers last month have been very impressive with a sub 1.00 WHIP and four wins.

Trevor Cahill – 37% of Y! Leagues
7.2 IP / 1 W / 10 K / 0.00 ERA / 0.65 WHIP
The A’s have been a source of solid pitcher development for a long time now and they seem to have another ace on their hands. In his sophomore year, Cahill has been lights out with eight out of twelve quality starts. He’s yet to give up more than four runs in ’10 and hit a benchmark in strikeouts with ten against Pittsburgh (yeah its Pitt but still). Absolute pickup if he’s not taken already.

Chris Narveson – 2% of Y! Leagues
13 IP / 2 W / 10 K / 2.08 ERA / 0.92 WHIP
Since being converted to a starter, Narveson has had a few ups-and-downs, but pitched his best performance this week against Seattle and shut them down for only four hits in eight innings. Not convinced yet, but he has had four games of seven or more strikeouts, so he is certainly one to watch.

Jhoulys Chacin – 11% of Y! Leagues
12.2 IP / 1 W / 17 K / 1.42 ERA / 1.34 WHIP
After a monster start to his career and then falling out of the light, its time to put Jhoulys back on the radar. One thing we know is Chacin can strike batters out! 12 Ks against the Angels wasn’t enough for the win because of three unearned runs but a magnificent game nonetheless. If Jhuoulys can turn some of the losses into wins for the second half, we will have a fantasy stud on our hands!

Who is the best waiver wire pickup this week? Who do you think is just getting started?
Leave a comment, or reply to us on Twitter
Twitter.com/thefantasyfix

Thumbs Down! Jason Heyward to the DL: Filling The Void On Your Fantasy Team 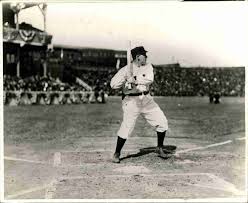