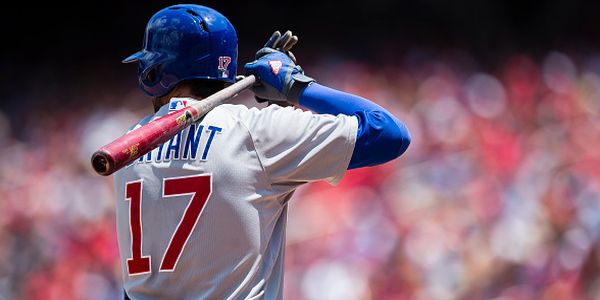 Welcome to The Fantasy Fix’s nightly fantasy baseball recap, where you’ll find updates on bullpen usage, lineup construction, injuries, and transactions. Whether you play season-long or daily fantasy, expect to see the best coverage from every team, every night, all season long.

Sundays are meant for watching sports. With the playoffs just around the corner, many teams are still in the hunt for a playoff spot, while others look for the magic number to lock up their sport in the post season. The Jays and Yankees continued their quest for top spot in the A.L East, while the Giants looked to make up some ground in the N.L West.

The rise of Kris Bryant this season continued this afternoon when the Cubs took on the Diamondbacks at Wrigley Field. The kid can hit homeruns—no doubt about that—but today, the 23-year-old showed the entire baseball world just how hard he could really hit the ball. Bryant hit a towering shot off starter Rubby De La Rosa that travelled an estimated 495ft, the longest homerun this season. The solo blast was his 23rd of the year and also his 86th RBI. The third baseman has justified all the hype that surrounded him at the beginning of the year and is almost a lock to win N.L rookie of the year.

The Blue Jays continued to impose their will on opposing pitchers, this time on Orioles starter Chris Tillman. Coming into today, Tillman hadn’t had very much success pitching at Rogers Center this year—posting a 0-3 record with a 15.00 ERA in four starts. Things didn’t get any better Sunday afternoon, as the Jays would chase Tillman after just three innings of work. The righty gave up six runs, on eight hits, while striking out three en route to his 11th loss of the season. Jose Bautista and Troy Tulowitzki both hit two-run shots in the first and third inning, with Kevin Pillar hitting a solo blast in the fourth inning. For the Jays, Marco Estrada picked up his 12th win of the season, while third baseman Josh Donaldson added two RBIs today to bring his total to 114.

Pitching at Coors Field is never ideal, but when you’re Madison Bumgarner, it doesn’t seem to matter where you pitch. The 26-year-old didn’t bring his a-game, giving up four runs on nine hits while striking out just three, but he kept his team in the game and was rewarded with his 17th win of the season. Catcher Buster Posey hit his 17th homerun of the season, while Nolan Arenado’s consecutive game home run streak ended at six. The Giants currently sit 7.5 games outside of a playoff spot, but knowing the Giants, it ain’t over till they’re mathematically eliminated.

Ever since being traded from the Cincinnati Reds, Johnny Cueto just hasn’t been the same. The righty fell to 9-11 on the season after another disappointing outing that saw him last just three innings. He gave five runs on seven hits while striking out four, with most of the damage coming in the first inning. The White Sox scored three runs in the first inning and tagged on two more in the fifth to take a 5-1 lead. The Royals would try to make it a game, but evidently fell short, losing 7-5. Kansas City still has a 12 game lead on the Minnesota Twins, but they’ve currently lost three in a row and are 5-5 in their last ten. Look for Cueto to try and get back on track Saturday when the Royals head to Baltimore to take on the Orioles.