The trade deadline has always been my favorite time of the baseball season. Everyone loves the playoffs and when your team is in it there is nothing quite like it, but nothing can compare to the intrigue of late July. There have been several minor deals in recent days, but the Marcus Stroman trade is the first major trade of the deadline season. The Blue Jays are sending Stroman to the New York Mets in exchange for prospects Anthony Kay and Simeon Woods Richardson.

Why the Blue Jays make this trade

There are so many variables to look at when evaluating the prospect end of a trade. The decision to trade Stroman was an easy one. They really didn’t seem to be too keen on giving him a long-term contract, so it became a question of when instead of a question of if. He posted a 2.96 ERA in 124.2 innings with the Blue Jays this season, so his value wasn’t going to be any higher. Kay and Richardson registered as the Mets fourth and sixth best prospects for the Mets according to MLB.com. Two top five or six prospects seems like a decent haul for the Jays, but pundits will say they think they should have acquired more.

It’s easy to say they should have gotten more, but we say that without the benefit of knowing what other teams were offering. The fact is that even though his numbers might look elite, no one seemed to consider him an elite pitcher. This is the curse of the data driven age. Teams don’t simply look at the basic numbers anymore. Stroman doesn’t miss a ton of bats and the various ERA estimator statistics (FIP, xFIP, SIERA, DRA) are considerably higher than his current ERA. In other words, the Jays may view him as an ace, but the market viewed him as a third or fourth starter. Teams usually don’t surremder their best prospects for a third or fourth starter.

The second part of prospect hauls is that different teams evaluate prospects differently. One team may love a certain prospect while another team may not think much of them. One thing is for sure, you can look at all of the top 100 list you want (Baseball America, MLB.com, Fangraphs, Baseball Prospectus) but teams don’t care about that. They care about what their own scouts say and that is the way it should be. So, we really don’t know what other teams were offering and we don’t know how the Blue Jays scouts rate the various prospects involved. Maybe they absolutely love Kay and Richardson. If so, more power to them.

Why the Mets make this deal

Count me as one of the people that are not wild about this move. I don’t see the Mets as contenders this season and I don’t see how that changes next season. So, let’s say they hold onto both Syndergaard and Stroman in the hopes of dealing them next season. That only makes sense if they increase their value. That might work for Syndergaard, but does anyone see Stroman as being more valuable next season than he is now?

Furthermore, if you deal Syndergaard or Wheeler now then you essentially recoup what you just dealt and end up in virtually the exact same position you are now for 2020. I know the Mets thought they were contenders coming into the season, but I think everyone else recognized that they would only contend if everything broke right. Who knows, maybe Yoenis Cespedes returns and vaults the Mets into contention. Maybe Jed Lowrie comes back and turns in the kind of season he did in 2018. Maybe Robinson Cano discovers the fountain of youth. Maybe Edwin Diaz returns to the form he had in 2017 and 2018. Maybe the Braves, Phillies, and Nationals all have massive bus accidents. You get the idea. Stranger things have happened, but you don’t bank your future on stranger things.

What does this deal mean for Marcus Stroman

Well, this is why you’ve come to this site. There are a number of different factors that come into play. Citi Field is a better pitcher’s park than most and Stroman gets to face the pitcher a couple of times a game. That matters. The Blue Jays were terrible overall and the Mets are mediocre overall. That also matters. However, the defense behind him also matters. Blue Jays catchers were +11 according to defensive runs saved, but the infielders were -12 accordinf to that same metric. Stroman is a groundball pitcher. That matters.

The Blue Jays as a team were middle of the pack in the AL in terms of defensive runs saved. The Mets are dead ass last and they are DAL by a wide margin. Their catchers are -5 and the infield is a robust -25. The outfield is a lackluster -16, but they make up for it by being one of the worst in the NL with 0 runs due to shifting. Look no further to see why guys like Zack Wheeler and Noah Syndergaard are underachieving. It’s even affected deGrom to some extent. Now, maybe the home ballpark and facing the pitcher balances that out. I tend to doubt it, but the math could work out and it wasn’t as if the Blue Jays were setting the world on fire defensively. The trends show that Stroman should be performing worse anyway. I’d say it’s a better than decent bet that he regresses. 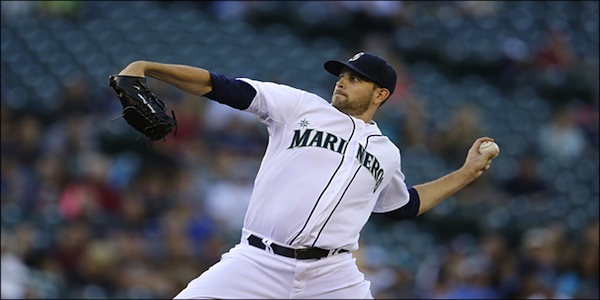 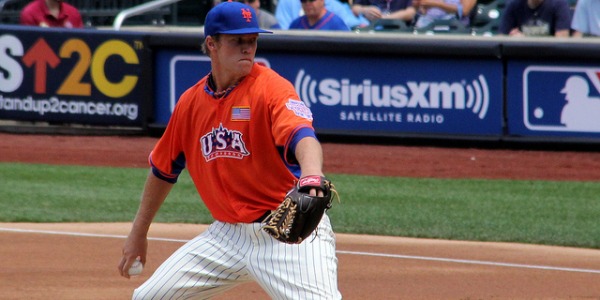 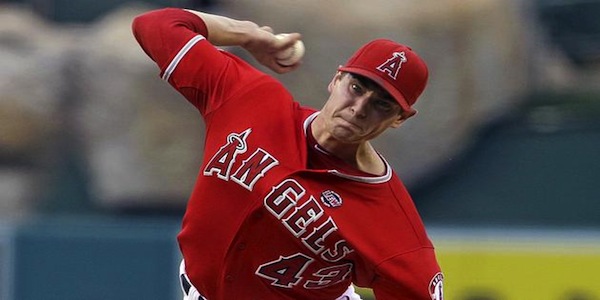