Tonight’s MLB has got me excited. We have a full slate of games and they all start at 7PM or later. This should make for some nice variance after a few days in a row of smaller slates causing many obvious picks. Draftstreet has done a very good with pricing the stud pitchers tonight, but left us enough value to field a solid team.

Today’s Double Switch will be a tad different than last one for a few reasons. I want to see what kind of response (good or bad) that I get from readers and honestly it’s just the best way to approach a large slate like today. I can getto more players that I truly am considering by being more conversational.

Tonight’s MLB is most appealing to me because of the studs on the mound. I’m a huge fan of multiple studs tonight. Yu Darvish was one out away from a perfect game on opening day against these Astros, so there isn’t much to hate on there.

Chris Sale is a dominant lefty who is facing a team that was hitting .175 against LHP before last night’s games. Jose Fernandez is facing a high strikeout team in the Phillies and has owned them in his short career (2 for 41 vs PHI regulars). *Beware of rain in the Marlins game though. Just like Fernandez, Felix Hernandez has been great his matchup tonight, the A’s. Just the other day he went 8.1 innings giving up just one run to them.

When it comes to value, Rick Porcello is my number one guy. He did great in his first start giving up just three hits and faces a Padres team that isn’t a great hitting team especially at home. Tyler Skaggs is the other value pitcher to mention facing a Mets team whose better players are lefties.

Sal Perez faces a young Kyle Gibson tonight who fared well his last time out, but Perez is hitting over .400 and seems to be a guaranteed 1-3 points every night. Matt Wieters has a hit in every game and now is starting to hit for some power. He has two home runs in his last four games. Alex Avila at an under 4k price just seems too low to avoid in all lineups. He’s a very solid OBP guy and hits just after a hot 3-4-5 group in Detroit.

Jose Abreu has been, for lack of better words, really good lately. He had two home runs last night and faces Carrasco tonight who is super cheap for a reason. Albert Pujols is another first basemen finding his power stroke as he has a home run in two straight games and has a fair price. Adam LaRoche has a good matchup and is averaging five points a game so far this season. Based off matchup alone, Adrian Gonzalez has some real potential going into tonight’s game against Brandon McCarthy.

Brandon Phillips sits at a cheap 4k price and has three hits in his last two games. Fitting a stud pitcher is a must tonight, so a guy like Phillips who hits in the middle of the order is a nice play. Anthony Rendon won’t cost you too much more, but has been hitting much better this season. 5.7k is solid value for a guy hitting over .400 this season. Finding studs at cheap prices is always a good strategy and if that’s your thing then Robinson Cano at 5.4k is right up your alley. He faces a lefty tonight, but Tommy Milone is not an intimidating arm.

My overall gameplan for tonight’s DFS is to stack Brewers whenever possible and it all starts with Aramis Ramirez. Francisco Liriano struggled on the road last season and especially against MIL, so I’m honing in on them tonight. The Brew Crew did well against PHI last night and he was part of it. He has five multi-hit games on the season. Pedro Alvarez has seen his power stroke come alive as he’s already up to five home runs. He has an above average matchup against Peralta, but remember strikeouts are negative on Draftstreet. I’m not super thrilled with Ryan Zimmerman’s matchup, but you can’t argue with how he’s been hitting (.333 with 1 HR).

Jean Segura is not only pretty cheap (5k), but he’s also crushing the baseball right now. He has nine hits in his last five games, which is more than enough to convince me to use him tonight. Dee Gordon is five for his last ten and has four stolen bases on the season. He’s a great option with his speed and his hot streak hitting. Xander Bogaerts had two hits last night and gets a nice matchup against CC Sabathia in game two of this series. I like him especially since he is just under 5k on Draftstreet.

If you have the money then why not spend it on Ryan Braun against Liriano? He has eight hits in his last four games including three home runs and a triple. If you’re like me though, you won’t have extra cash laying around. I’ll be rolling the other Brewers outfielders instead. Khris Davis and Carlos Gomez are both at extremely usable prices and have been swinging great. This is clearly the mini-stack for me.

If you’re looking outside of Milwaukee then look at guys like Michael Morse and Chris Colabello. Morse has an eight game hit streak that includes three doubles and two home runs. Also, three of his last four games have been two hit days. Colabello is a great option tonight with his experience against crafty slower pitchers. He’s also just above 4k, so it gives us some great salary relief. Also, I’m a really big fan of Norichika Aoki, who has 10 hits in his last five games including four extra base hits.

Tonight’s strategy is going to be simple. Three starting pitchers mixed with plenty of value hitting. Darvish is a tad pricey, so I’m going to roll Jose Fernandez as my top guy. To fit three SPs, Porcello and Skaggs are a must for me.

When it comes to hitting it all starts with the Brew Crew. I’m throwing in the four I’ve talked about in every lineup across most sites tonight. From there it gets a little tricky. There are plenty of solid options; you just have to find the right mix you’re comfortable with. I’m going to use Avila at catcher to free up cash and go with Colabello in the outfield as I like his spot in the order. This should allow me to fill in the other positions comfortably. 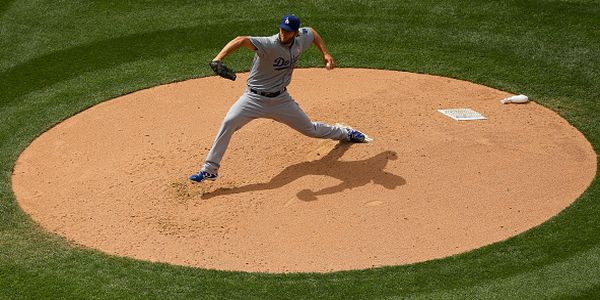