Carson Palmer – ARZ
Injury – Shoulder
Palmer is currently dealing with a nerve issue in his shoulder that forced him to miss Sunday’s game. He is officially listed as questionable, but with injuries like this one it is very hard to gauge how his nerves will respond to his rehabbing. He is very iffy for Week 3. Drew Stanton would once again start in his place if he can in fact not go.

Shaun Hill – STL
Injury – Thigh
Hill is listed as probable for Week 3 and will most likely be the starter. If anything changes and Hill can’t go, Austin Davis, who won Week 2, will likely get another start.

Robert Griffin III – WASH
Injury – Ankle
RG3 dislocated his ankle early in his Week 2 matchup with the Jags. The good news is there was no break and surgery will not be required. There is no official timetable for his return, but anything less than five weeks would be a miracle and 10 weeks would not be a surprise. Kirk Cousins will start in his absence.

DeAngelo Williams – CAR
Injury – Thigh
Williams is questionable for next week’s game against the Steelers. He was forced to miss Week 2, and there is no update yet on his status for Week 3. He is said to be “making progress.” Jonathan Stewart will get another start if Williams can’t go.

Ben Tate – CLE
Injury – Knee
Tate will be out once again Week 3 against the Ravens. Terrance West should continue to carry the load for the Browns.

Jamaal Charles – KC
Injury – Ankle
While Andy Reid claims Charles’ high ankle sprain “doesn’t look to be a real severe one,” Charles will most likely miss his next game. High ankle sprains tend to linger, and if he comes back too early, he could either re-aggravate the injury or be extremely limited. Knile Davis will shoulder the load until Charles returns.

Knowshon Moreno – MIA
Injury – Elbow
On his first carry in Week 2, Moreno dislocated his elbow. He is expected to miss 4-8 weeks. Lamar Miller should get most of the carries in his absence, pending Miller’s own injury woes.

Lamar Miller – MIA
Injury – Ankle
Miller was also forced out of Sunday’s game with an ankle injury. He is officially listed as questionable for Week 3. If Miller can’t suit up, undrafted rookie Damien Williams is next in line to start at RB for Miami.

Mark Ingram – NO
Injury – Hand
Ingram suffered a hand injury in Week 2, which is expected to sideline him for a month. Khiry Robinson should fill his role in New Orleans while Ingram is out.

Maurice Jones-Drew – OAK
Injury- Hand
MJD is listed as day-to-day with the hand injury that forced him to miss Week 2. If you have to start Jones-Drew you’re probably already in trouble. Darren McFadden will see a heavier workload until MJD returns.

Ryan Mathews – SD
Injury – Knee
Matthews sprained his MCL and will be out 4-5 weeks. Both Danny Woodhead and Donald Brown should see more carries throughout that span. Brown should see a more significant increase.

Doug Martin – TB
Injury – Knee
Martin was inactive Week 2 and is currently listed as day-to-day. He is questionable for next week, however he is more likely to play than sit. Bobby Rainey will be the lead back if he can’t go.

Dexter McCluster – TENN
Injury – Foot
McCluster suffered a foot injury on Sunday and was seen in a walking boot after the game. He is questionable for Week 3.

Roy Helu – WASH
Injury – Knee
Helu is questionable for next week’s game with a knee injury.

A.J. Green – CIN
Injury – Toe
Green is very questionable for Week 3. While the injury is not expected to keep Green out for an extended period of time, it could keep him out this week. He was forced to leave Sunday’s game in the first quarter, making it the first game in his career in which he didn’t record a catch.

Allen Hurns – JAX
Injury – Ankle
Hurns is questionable for Week 3. He was forced to leave Sunday’s game and was seen on crutches following the game. Nonetheless, the injury does not appear to be overly serious. While he could miss next week’s game, he should not miss an extended period of time.

Eric Decker – NYJ
Injury – Hamstring
Decker is listed as questionable for Week 3. He was forced to leave Sunday’s game against the Packers after re-aggravating a hamstring injury.

Rod Streater – OAK
Injury – Hip Flexor
Streater was forced out of Sunday’s game with a hip flexor. He is questionable for Week 3. There is no further update as of now.

Tavon Austin – STL
Injury – Knee
Austin sprained his MCL in Sunday’s game and is expected to miss roughly two weeks. He has already been ruled out for Week 3.

DeSean Jackson – Wash
Injury – Shoulder
D-Jax suffered a sprain in his AC joint in his left shoulder. He is officially listed as day-to-day and is questionable for Week 3. Monitor his status closely throughout the week.

Jordan Cameron – CLE
Injury – Shoulder
Cameron was forced to miss Week 2 with a shoulder injury and his status for next week is currently uncertain.

Vernon Davis – SF
Injury – Ankle
Davis is officially listed as questionable for next week’s game. He is expected to undergo an MRI which should help clarify the extent of his injury.

Austin Seferian-Jenkins – TB
Injury – Ankle
The rookie TE was inactive Week 2 and is questionable for Week 3. We should no more later in the week.

Jordan Reed
Injury – Hamstring
Reed was inactive Week 2 and is questionable for Week 3. We would be surprised if Reed is able to suit up next week. He will have to practice at least once by Friday if he is going to be able to play. 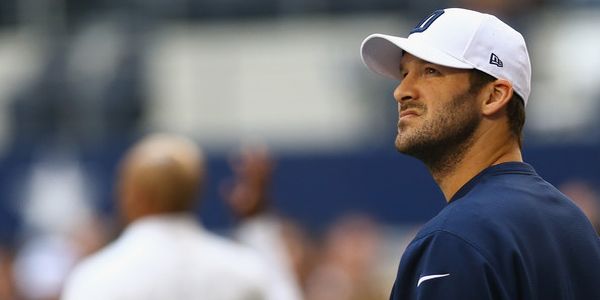 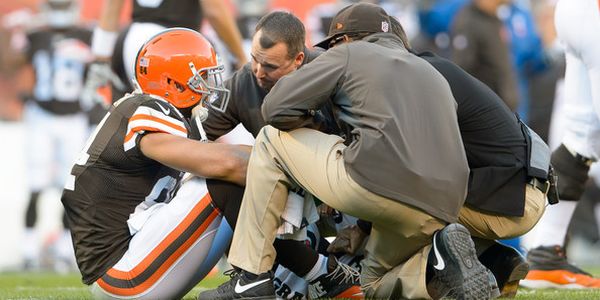 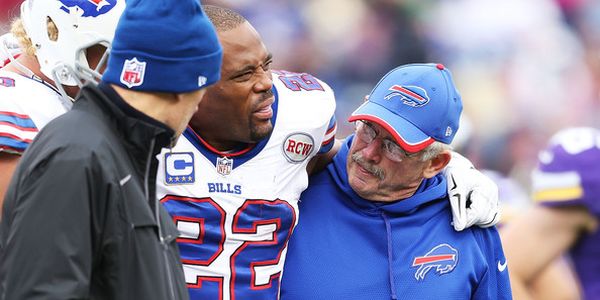 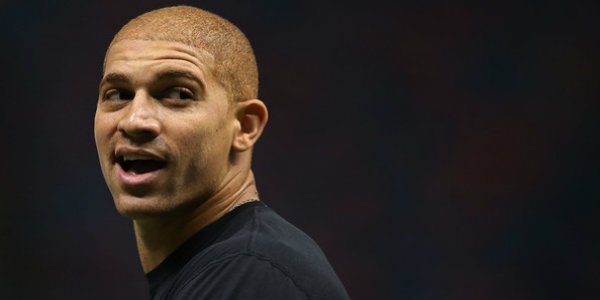