The Saints just aren’t what they used to be. There isn’t a whole lot to like in the Nola anymore. Jimmy Graham and Kenny Stills have been shipped out of town, and the team is apparently trying to change their scheme to a more run-heavy approach. With the QB/WR duo that made this offense so explosive for so long aging, it appears this era of Saints football is grinding to a screeching halt. Things aren’t going better on the other side of the ball either. The defense has been miserable since they stopped putting bounties out on quarterbacks. The biggest issue with almost all the fantasy options in New Orleans is the fact that you cannot depend on them when they are on the road. They no longer have enough upside to overlook their struggles away from home.

The 36-year-old future Hall of Famer Drew Brees is now on the decline. He has seen both his yards and touchdowns decrease in each of the past two seasons. His numbers are still very strong compared to your average QB, but he’s still being drafted as the QB4 in some mocks. That’s just too high, especially since two of his greatest weapons in Graham and Stills are gone. His long-time go-to guy Marques Colston is also 32 years old now and has clearly lost a step or two. While he’s still a QB1, he’s officially fallen out of the ranks of the elite. 4,600 yards, 30 TDs and 15 INTs is a realistic projection for Brees this season.

2011 first-round pick Mark Ingram is coming off by far the most productive season of his career despite once again missing time due to injury. Ingram rushed for 964 yards and nine touchdowns in 13 games. Odds are he will miss at least a few games this season being that he has only made it through one season without missing at least three games.

His handcuff is Khiry Robinson, a talented but very one-dimensional kid. Robinson brings very little to the table aside from his downhill running. During Ingram’s three-game absence last season, Robinson carried the ball 47 times for 245 yards and a touchdown.

Then we have the obnoxiously overrated C.J. Spiller. I’ve seen him go as high as the second round in mock drafts and never does he fall past round five. Why? Great question! People assume to believe he can step in and do what Darren Sproles or Pierre Thomas did. Well, there is one major flaw in this theory. Spiller has lost a bit of his speed and agility due to a myriad of injuries, and quite frankly he’s not very good. More importantly, he’s not a good pass-catcher. Spiller is expected to make his living in the passing attack but he’s a subpar receiver. Not only is he an awful route runner, but his hands are less than stellar. With all those issues aside, he’s also prone to injury. There is a lot more downside than upside with Spiller now that he’s being drafted as an RB2 in many leagues. Do not make the mistake of once again falling prey to another disappointing campaign from this, at best, mediocre back.

The one bright spot on this team is second-year wideout Brandin Cooks. He is going to be absolutely tremendous and a PPR monster. Cooks should lead the pack of Breakout Player of the Year candidates. In 10 games last season he caught 53 passes for 550 yards and three TDs before his season ended with a thumb injury. Look for those numbers to go way up as he becomes a featured weapon in Sean Payton’s offense. The former Oregon State standout also contributes in the rushing game and on returns as well.

As I mentioned before, Colston is still in town, however, he put up career lows in catches, yards and touchdowns (in a 16 game season). He’s on his last leg and should be nothing more than a WR4 at best this season, if that. Nick Toon is the favorite to make a big jump this season thanks to increased opportunity. He does have some upside but it’s tough to gauge exactly how much. Josh Morgan and rookies Brandon Coleman and Seantavius Jones are expected to battle for the WR4 job.

Josh Hill is another guy that will likely disappoint fantasy owners. He’s being drafted as a TE1 because many assume he can step in and be at least somewhat comparable to Graham. Graham is one of the most productive fantasy tight ends of all time. There is little chance Hill will come close to Graham’s production. He could be decent, just don’t get your hopes too high. Hill needs to prove he can beat out Benjamin Watson before people start comparing him to Graham.

The Saints’ defense is very bad at home and horrifically awful on the road. Their defense ranked 31st in the league last season. The pass defense was bad at 25th in the league and the rush defense was worse ranking 29th. Aside from CB Keenan Lewis and DE Cameron Jordan there is very little to like here. Adding Dannell Ellerbe certainly isn’t the answer so hopefully drafting Stephone Anthony will help. Their best linebacker from last season, Curtis Lofton, now plays in Oakland. There is no reason to even give this defense a look in fantasy leagues.

The player to watch is Cooks. In PPR leagues it may be difficult to draft him too early if you try. The 5-foot-10, 189-pounder has astonishing speed and versatility. Don’t be shocked if he turns out to be better than Sammy Watkins. I graded him out above Watkins prior to last season’s draft. I had him ranked fourth in his class. Landing in New Orleans only helped his draft stock. As long as he stays healthy this season, he’s a can’t miss breakout star.

The Saints had the fifth most turnovers in the league last season and Brees was responsible for 20 of the 30. This is a major issue for both Brees and the team. He could get away with the turnovers when he was throwing over 40 touchdowns with well over 5,000 yards per season. Now that his production has come back down to earth, he needs to limit his mistakes. Neither the Saints nor his fantasy owners can afford the lost points anymore. 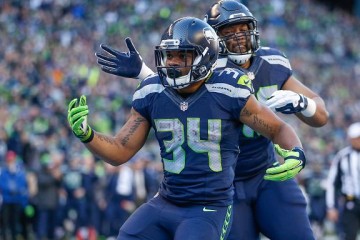 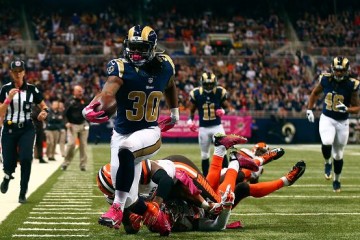 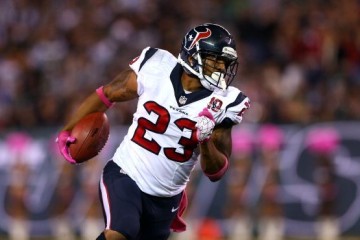