The target list is comprised of players with nine or more targets in Week 17. You will notice TTL and AVG, which represent how many total targets (TTL) and the average number of targets (AVG) a player receives each week. I also put a summary on how each player on this target list is performing. At the bottom of each summary, you will notice that I have their individual stats for the game. Targets alone can be misleading.

All numbers are brought to you by FantasyPros.

Antonio Brown closed the season in dramatic fashion. He caught 13 balls on 17 targets for 187 yards and a touchdown. This helped the Steelers get in the playoffs as the Jets lost and Pittsburgh won. Sunday was Brown’s ninth consecutive game with at least 10 targets and his ninth game of the season topping the century mark in yards. He finished the season tied with Julio Jones as the league leader in receptions.

Calvin Johnson may have finished his career with the Detroit Lions or even perhaps his career period, but either way he went out in style, catching 10 passes on 15 targets for 137 yards and a touchdown. Johnson turned back the clock in the third quarter as he dived to make a 36-yard touchdown.  Johnson tied a season high in catches and finished with 149 targets.

Julio Jones was one targeted football player over this season. He led the league with 203 targets and finished the season tied with Antonio Brown in receptions (136). In his last five games, Jones had at least seven receptions, and had over 100 yards over his last three consecutive games. Jones finished week 17 against the New Orleans Saints with nine receptions for 149 yards on 11 targets but once again fell short of the end zone. In 10 of 16 games, Jones didn’t find pay dirt.

Sammy Watkins caught 11 of 15 targets for 136 yards during Sunday’s 22-17 win over the Jets. Watkins was against Darrelle Revis for most of the game, and for the most part it looked as though Watkins took ownership of his island. He didn’t score but surpassed the 1,000-yard mark for the year and finished with 60 receptions on 96 targets including nine touchdowns in 13 games. Watkins finished the last five games on fire with 29 receptions, 521 yards, and four touchdowns.

Zach Ertz caught all nine of his Week 17 targets for a career-high 152 receiving yards in Sunday’s win over the Giants. Ertz  led the team in targets, yards and receptions for the second straight week. In his last four games, Zach Ertz was nearly unstoppable as he caught 35 passes and averaged 112.5 yards. He is definitely leaving his third season on a solid note, and he could make a top-5 draft pick from the tight end group. 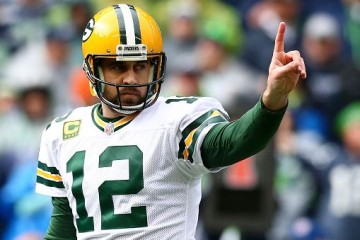 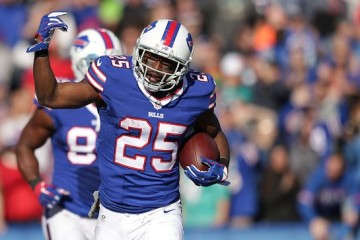