This is the second of my four-part series this week. We will continue the draft week preview with the running backs. This is not a prediction in what order these RBs will be drafted but rather my rankings through my own personal evaluation. These guys could be future stars in your fantasy football leagues.

1. Ezekiel Elliott, Ohio State
I’m not as high on Elliott as many are. I don’t believe he should be a top 20 pick, and there is no comparison between him and Todd Gurley. Gurley is far superior. Still, Elliott is the best back in this draft. He’s an impressive runner and outstanding athlete. Elliott possesses both the vision and explosiveness to put up huge numbers. What separates him from the pack is how well-rounded he is. Not only is he well-rounded as a runner, he’s a very solid blocker and pass-catcher as well.

2. Derrick Henry, Alabama
Henry proved to be a physical freak at the combine. I’m not a guy that usually puts much stock in the combine, I much prefer film, however, he showed up and ran a 4.54 40-yard dash at 247 pounds. That’s not how humans that large move. As a pure downhill runner, it will be difficult to top Henry. With that said, he is not a good lateral runner and has very little experience catching passes. He’ll need to add a few new tools before he can be an every-down back on the next level. Still, his combination of speed and power is beyond rare.

3. Devontae Booker, Utah
There is a lot to like about Booker. While Elliott and Henry are garnering all the attention, Booker is the next guy behind them. He’s a very impressive runner and shows a lot of quickness and is deceptively powerful. I really like his footwork, patience and vision. He also has good hands in the passing game. Like so many young backs he’s not a great blocker and will need to improve that part of his game. The only other major issue is that he seems to lack the home run ability. He’s a great option nonetheless.

4. Jordan Howard, Indiana
I have Howard a bit higher than most. I love the way he runs. His vision is very good and he has the acceleration and agility to burst through the line. He follows his blockers well and is a load to bring down. Howard racks up YAC with his 230-pound frame and also has soft hands as a pass-catcher. There isn’t much not to like with him. He’d be a great late-second round or early third-round pick.

5. Kenneth Dixon, Louisiana Tech
Dixon is a solid back but his upside is limited. His vision and patience are strong, however, he’s not an explosive athlete. Still, he’s a tough and durable workhorse back that can be an effective every-down back in the right system. He’s a football player in every sense. Dixon is a smart, gritty back who can run, block and catch passes. He’s definitely a complete back, aside from the fact he has serious fumbling issues which could keep him off the field if it becomes an issue on the next level.

6. C.J. Prosise, Notre Dame
Prosise is all upside. With only one year as a running back he has plenty of room to improve. In 2015 he looked like a natural runner and has the athleticism and explosiveness to be a big-play threat. While he’s clearly raw, he showed impressive natural skills in vision, following blockers and moving through traffic. Taking him down is no easy task either. His will is visible and he fights for every possible yard. However, this has led to fumbling issues. Prosise fumbled five times in 2015. He’ll need to hone his craft, but his upside is undeniable. 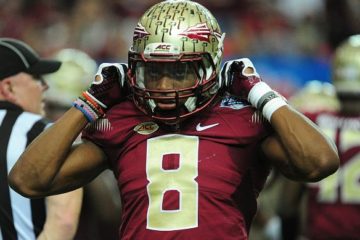 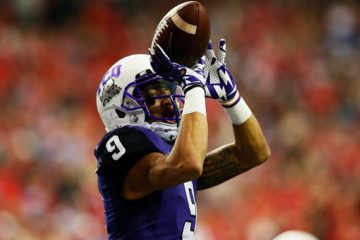 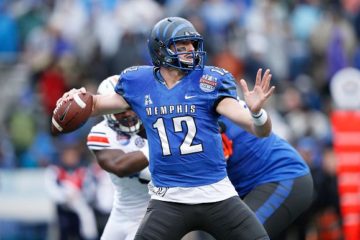 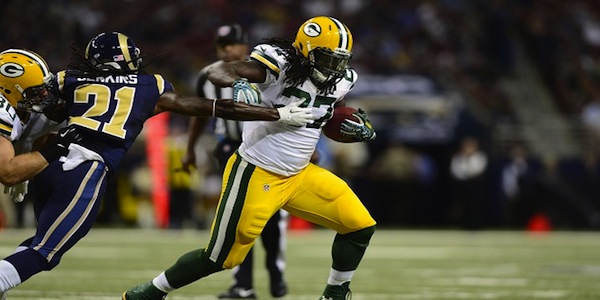