In addition to Oilers fans being able to understand the nuanced mistakes that manifest themselves in their penalty-kill problems, fantasy owners will be treated to the greatness of Nicklas Backstrom. Backstrom, a young center for the Capitals, is an excellent passer and sees his stock rise this week due to his excellent play on the power-play unit. He will be a leader throughout the season in power-play points and assists.

The situation: The Capitals lead the Oilers 3-1 in the second period and Backstrom is about to orchestrate a pin-point attack on the power-play that will put the Capitals up 4-1, effectively putting the game away for good. 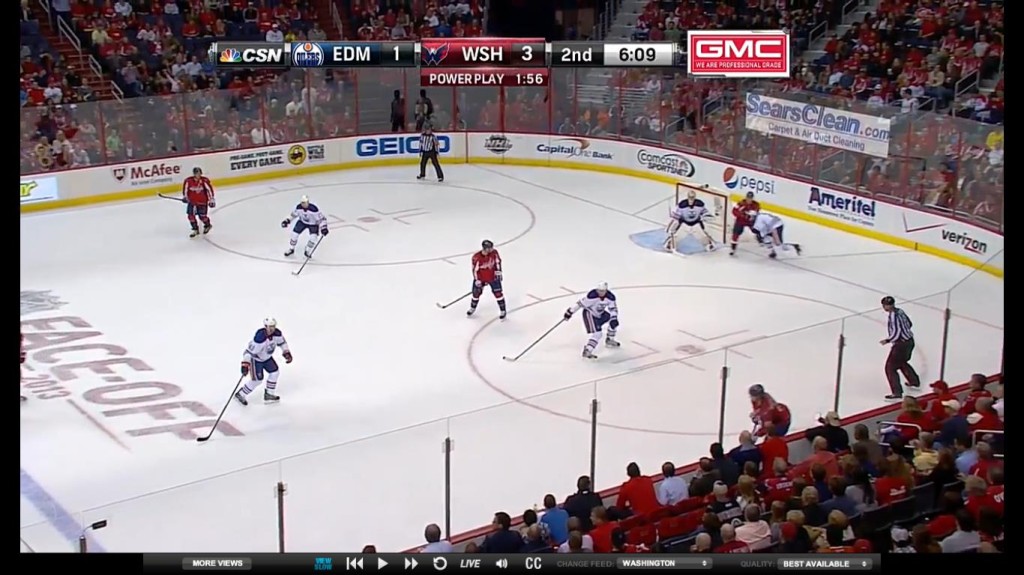 Backstrom, pictured to the right of your screen against the boards in red, has just received a Mike Green pass. Edmonton’s positioning here is not ideal, but it’s caused by the brilliant spacing of the Capitals players. At the very least, the Oilers do have their sticks active in the passing lanes, however all are staring down Backstrom, who has the puck. It’s about to get much worse. 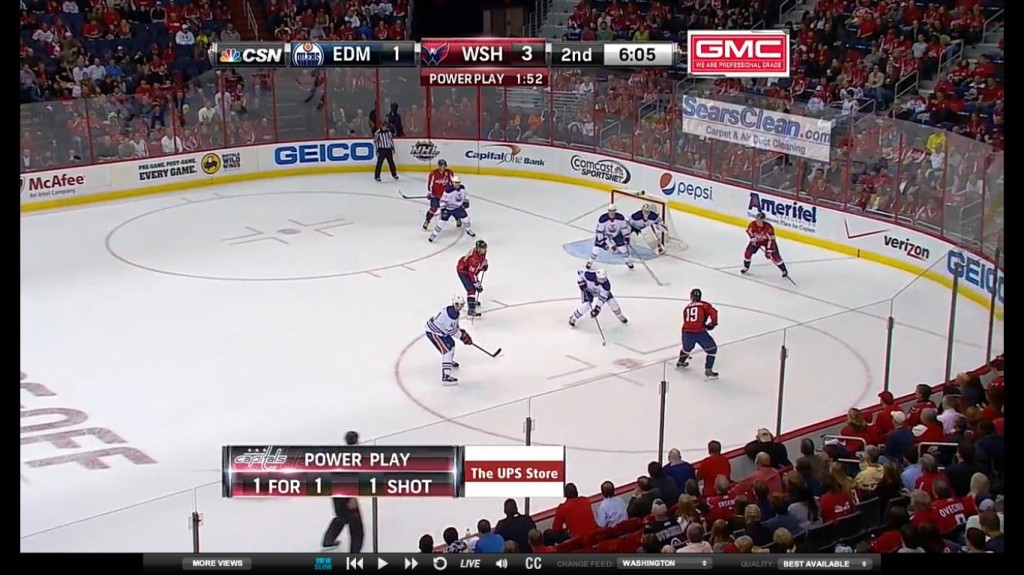 Five seconds has elapsed and Backstrom has the Oilers hook line and sinker at this point. He has meandered slowly toward the net with the puck and now has the Oilers completely out of position. The high slot on the left side is now completely wide open for Mike Green if he wants to slide down. Again, all of the Oiler players are staring down Backstrom. Even the defender in front of the net, Jeff Petry, is focused on Backstrom. Furthermore, he is going to be completely screening his own goaltender if Backstrom can get a pass through to Troy Brouwer who is sitting in the slot by the hash-marks in the middle of your screen. Also, some fun things to take note of here: the 1-for-1 on one shot by the Capitals power-play so far in the game, and the fact that the Capitals are just eight seconds into the power-play so far.

We go forward a couple seconds and once again, we.. 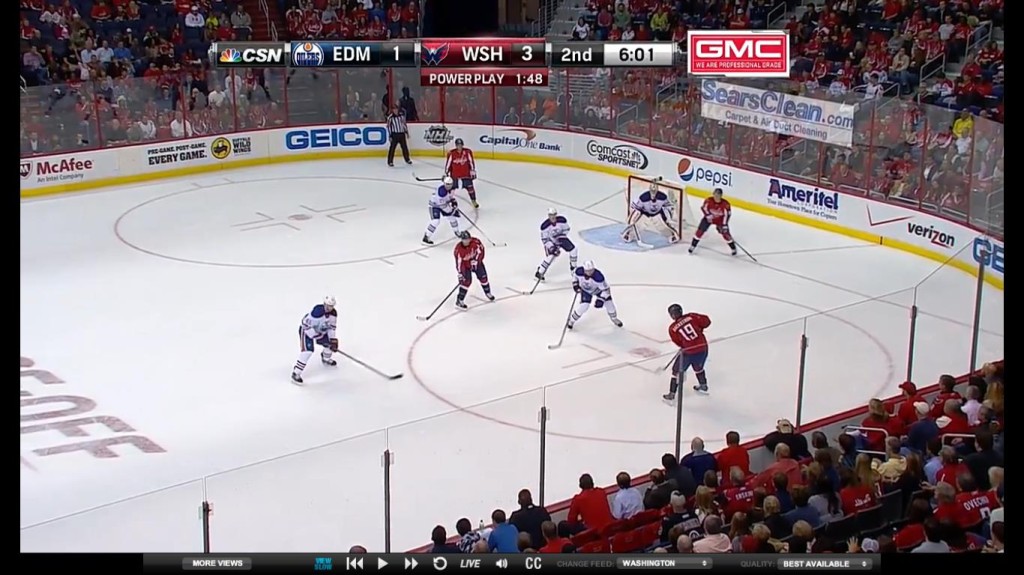 Backstrom has straddled back to the top of the circle, allowing a few more seconds to elapse. Notice that Mikhail Grabovski (bottom of the screen in red next to the goalie), has quickly sidestepped the attention of the defenseman Petry. This is obviously a set play by the Capitals, as Backstrom has just made a very nice quick touch pass to Grabovski. Grabovski then makes a gorgeous touch pass to Brouwer in the slot, and he rifles in a quick shot before anybody knows what has happened. Without a doubt, the key to this play was the beautiful vision of both Grabovski (who will be climbing in our rankings if his prowess on the power-play continues), and Backstrom, as well as the most important factor which is: the time that elapsed between when Backstrom first made the touch pass to Grabovski and the time the puck entered the net, was just an amazing 1.7 seconds!!

The goal can be seen in its entirety here. The goal by Brouwer that we are discussing here begins at 2:27 of the video.

The Capitals are a force to be reckoned with on the power-play, and Brouwer, Green, Backstrom and Grabovski are all guys to target for power-play points. Alex Ovechkin obviously is on that list as well, but we assume his owner will refuse to part with him for pretty obvious reasons.