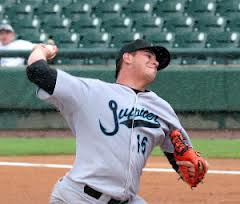 The Miami Marlins drafted Jose Fernandez with the 14th overall selection in the first round of the 2011 MLB Amateur Draft out of Braulio Alonso High School in Tampa, Florida. The 6-foot-3 215 pound right-hander arrived in the Tampa area after defecting from Cuba by speedboat in 2008. He subsequently led Alonso High School to state titles in two of his three seasons on the team.

Baseball America indicates that Fernandez’s arsenal includes a wicked four-seam fastball — a plus-plus offering — that sits in the mid 90s and touches 99 mph on occasion. His second fastball offering, a two-seamer, is consistently in the mid-to-low 90s and strategically tossed when he needs to induce a ground ball. In addition to two devastating breaking balls (curveball and slider) that Fernandez uses to keep hitters on their heels, he can toss a “plus-changeup with deception and fade” that will likely get some polish on the farm in twenty-thirteen.

Fernandez made two professional starts in 2011 after being drafted, but accumulated just 4.1 innings on the hill. In 2012 the Marlins assigned the right-hander to Greensboro of the Sally League where he earned his first real taste of pro ball. He absolutely dominated A ball, finishing 7-0 in 14 starts with a 1.59 ERA (1.78 FIP) and a 33.6% K% while walking just 6.1% of opposing batters.

After smoking the Sally League, the Marlins promoted Fernandez to Jupiter of the Advanced-A Florida State League. In his second stop, the righty went 7-1 in 11 starts with a 1.96 ERA (2.15 FIP) and a 1.00 WHIP. Both his strikeout and walk rates regressed slightly upon his arrival in the FSL — 27.1% K% and 7.8% BB% respectively — but these are minor details that could be chalked up to the adjustments at the new level.

Entering 2013, Baseball America and Jonathan Mayo of MLB.com called the 20-year-old Fernandez the fifth and seventh best prospect in baseball respectively. With that said, the Marlins have no intentions of rushing their top prospect as they recently reassigned the youngster to Minor League camp after just one appearance in the Grapefruit League. Despite being optioned, Fernandez could find his way back to the Majors later this season depending on how terrible the Marlins are. And although his full-impact may not be felt this year, 2014 isn’t far off.

Fernandez may not be relevant early on in redraft mixed-leagues, but owners in Mixed keeper, NL-Only and Dynasty leagues need to keep a close eye on this guy on draft day. 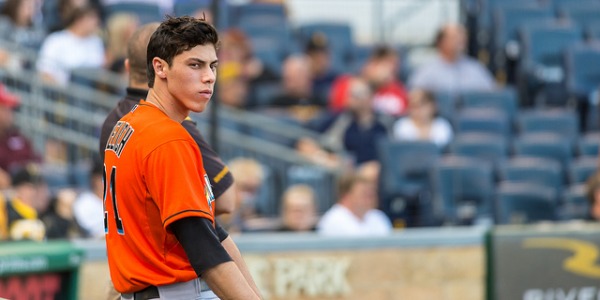 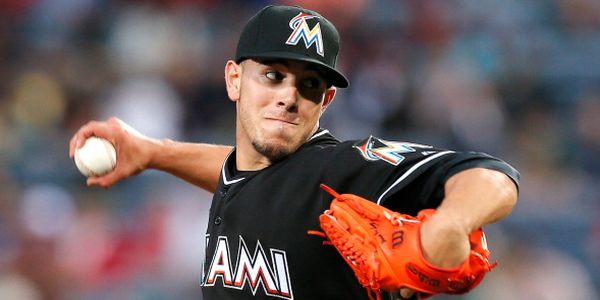