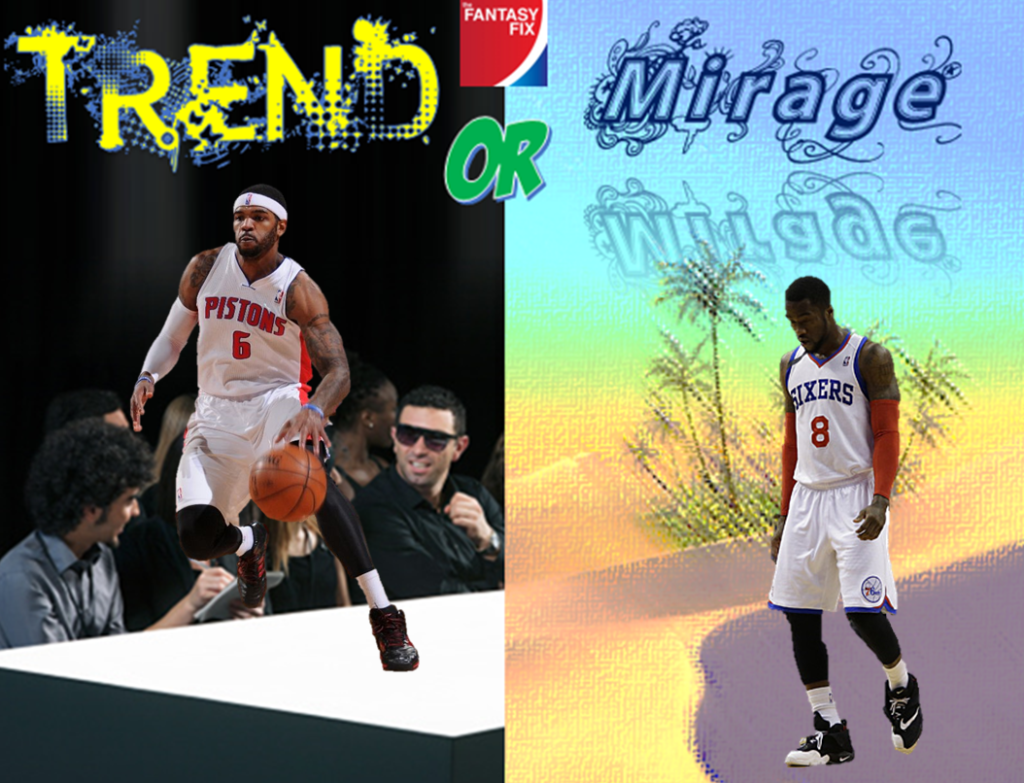 Unfortunately Josh Smith is his own worst enemy.

You could argue he should have a career like Shawn Marion; a physically gifted pure-bred athlete who runs the floor like a guard but can defend anyone from 1-4. But he doesn’t have Marion’s humility or his sense of putting the team first. If he just played within himself and let the game come to him, he’d be the perfect third cog for a championship team. But he can’t stop shooting throwing the basketball at the rim, which leads me to my next semi-connected reference.

He’s like that guy you play in Street Fighter II at the arcade who bashes and mashes his way to a messy win. Sure, he won the fight by going electric Blanka for 75% of the fight, but it was an ugly win even though he doesn’t know it. Smith puts up ugly stats and still finds himself on our rosters every season. There are nights when he is electric with 20pts, 11reb, 5asst, 3stl and 4blk – then there are times when he’ll hodouken your percentages into the abyss.

Unfortunately this looks like a trend for Smith as long as he’s in Detroit, which might not be for much longer depending what the Pistons do with his awful deal ($14,000,000 per year for the next 3 years. I put the zeros in rather than ‘$14m’ so you really get a feel for how truly bad that contract is).

Tony Wroten is killing it in five fantasy categories. If you play in a points league, Wroten is your guy. But anyone playing roto or H2H (unless you’re tanking at least 2 cats), best stay clear of him if you want to win your league. Unless you’ve got the right blend of high percentages/low turnover guys around him (Korver, Ibaka, Dirk, Marc Gasol), you’re destined to mire at the bottom of FG%, FT% and turnovers. That’s not to say Wroten’s stats are a complete mirage; he does have value but that value is invariably going to drop once he is removed as the primary ball-handler when MCW returns soon. His current usage rate is godly, sandwiched between Kobe Bryant and DeMarcus Cousins, at 32.6% – which is basically Michael Jordan (1988 – 1992) level. Wow.

Young player plus bad team equals big minutes. It’s a basic formula and one that plays out each and every season, whether it be Kevin Love on his Wolves’ teams or Isaiah Thomas last season.

As Milton Berle once said, if opportunity doesn’t knock, build a door. In this case, climb a Hill.

Hill is not the second coming of Paul George, nor is he particularly useful in your starting line-up, but minutes = fantasy production for the most part, and Hill is getting massive minutes for the struggling Pacers. His last game against Miami was a shocker (42mins, 1-12 shooting, 0asst, 0blk) – but again, the key word is minutes and the Pacers did win. Look for Hill to maintain solid end of your roster stats for the season, ie 12-14 points, 5-6 rebounds, 1.5 assists, a very useful 1.5 steals as well as over one three per game.

If somebody is dangling Drummond out there is available, take the bait. He started slow through five games last season and the rest is history as he caught every rebound in sight, culminating in a birth on the FIBA USA team that won gold in Spain. Drummond is a land mass out there with jaw-dropping athleticism at the 5 spot – a rarity in today’s NBA, as more and more bigs are opting to go small with their skill-set. Drummond is cut from the Dwight Howard mold but without the scoring touch (or dramatics and fanfare) of the Rockets’ big.

SVG will figure out how best to use Drummond, when he does, you’re going to want him on your team and this stretch of poor play will be a mirage by the end of the season.

Three point bombers are everywhere in the current NBA, from PG to C you can find someone who knocks down over a three per game. However, there aren’t many who make them at the clip Anthony Morrow does, in fact there are only two players on current NBA rosters higher than him – Steph Curry and Steve Novak. Simply put, Morrow is going to fit better next to Reggie Jackson (and Russell Westbrook once he returns) than Jeremy Lamb. It isn’t science, he’s just better as an off the ball spot up shooter, whereas Lamb showed last year that he couldn’t hold that role down for more than one game a week.

Morrow’s not going to score 28 points every night, but he should score 14-16 points per night with elite FT% and the odd 25+ point effort which is a bonus for a waiver wire player. Going forward, you’re going to want him at least as a bench option because he will get minutes and he will get open shots. Check his career splits out as a barometer of what he should do this year – 14.3 points, 3.6 rebounds, 1.5 assists, 2.1 threes and 45% from the field with 89% from the line, along with just 1.2 turnovers per game.