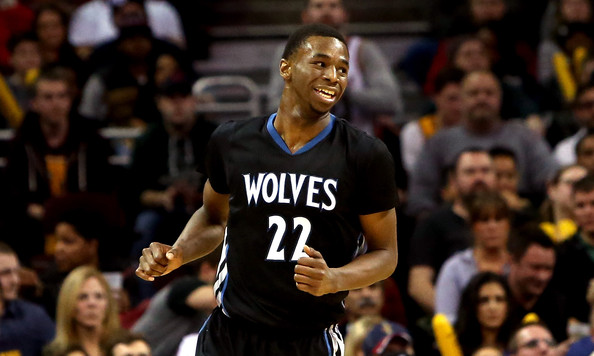 Having played 25 games in this rookie season, we will have to do the rest without Jabari Parker. The same case applies to Joel Embiid and Julius Randle. For Joel, he will not be available on the court this season but might be ready for the 2015-16 year. Even without the contribution of such young talents, we still hope for the best. With the teams being halfway through the NBA campaign, a detailed analysis of the top professional freshmen would be great.

Andrew Wiggins statistical achievements are already beyond what many thought would be dreams for coming seasons. His current average stands at 21 points for every 38 minutes in a game. For the last 30 days, his rank has risen to 31st as classified on the player rater. In the last 15 days, his ranking is far much better at number 25 on the player rater. His rare offensive freedom continues to grow with each passing day. His growing trust from the coach and injuries to Ricky Rubio and Kevin Martin are some of the core factors facilitating his growth.

Wiggins shooting efficiency has raised to .574 from .478 in the month of January alone. Although he is struggling to get back to his midrange game, he is finding great success from the arc coupled with successful output in the pain. As an amateur, he is 14.7 percent of all shots far from the arc. He is hitting 39.5 percent of all his attempts.

Wiggins is also proving to be a pro from the corner positions. He has hit 47.6 from his 3-point trials from the corner. His thrilling performance has seen the daily fantasy crowd enjoy profitable pricing. Redraft and Keeper investors are also benefiting this January from the rookie. It is all clear that Wiggins is the top rookie in all fantasy formats.

Noel is another player full of surprises who cooled down 76ers fans for missing Wiggins. He has been healthy and full of athleticism. He is also at his best this season averaging 7.5 boards and 8.8 points. He is keeping opponents off to a lower field-goal percentage than Derrick Favors and Marc Gasol. He is also a good source of steals (1.3) and blocks (2.2).

While still on defensive performances, Noel’s teammate, K.J. McDaniels is also registering wonderful blocks (2) and steals (1.2) for every 36 minutes. Due to his sparkling defensive metrics, McDaniels seems to be a hot cake for the coming season. Jusuf Nurkic is also another promising asset for the New Year. Every night, he is producing two blocks and 1.1 steals. He is building his reputation as a future fantasy asset. For Nikola Mirotic, his star is not at its best. His poor performance has made him loose league relevance.

For Marcus Smart from Boston, the intensity of his presence has increased since the departure of Rajon Rondo in last December. He is now featuring for 25 minutes up from 16 minutes. Veterans Evan Turner and Avery Bradley are also doing great at the backcourt. The game might seem to be staged for Wiggins to showcase his abilities, but a detailed analysis proves otherwise. It is a group full of talented stars that are really promising.

Looking for a place to take your Fantasy Basketball? Go to betonsports.com to play now!