So as expected, the Draft Kings Mega Millionaire was a bit of a crap-shoot this past weekend, as the winning entry had Ben Tate in it, at a $5,000 price point when there was an insane amount of value to be had. This doesn’t mean fade reasonable plays for questionable ones, but it does mean that simply owning players that nobody will be on, holds a lot of inherent value.

Let’s breakdown who some of those players are for Week 6.

The Running Back Position:

No position seems more important this weekend than running back, given the dearth of good WR value. Following the news that Shonn Greene did not practice on Thursday, due to a hamstring injury, a great many players will be on Bishop Sankey for this big GPP because the Jaguars are terrible.

Here’s the problem, for whatever reason Head Coach Ken Whisenhunt has yet to fully commit to Sankey, and has consistently been losing snaps to Leon Washington and Dexter McCluster. While Sankey looks to lead the Tennessee backfield in touches this coming weekend, providing Greene is out, his ownership percentage is going to be astronomically high, and is a good fade given the risk factors.

Better than either of those options though, is home run threat Antone Smith. He’s been explosive every time he touches the ball this season, and has a long touchdown in four of five games this year. Chicago has been tough against the outside run, ranking second and sixth overall in DVOA in runs to the outside (left/right respectively), but Smith is an elite point per touch guy.

Another cheap RB that I really like is Jeremy Hill. Hill has been better than Giovanni Bernard this year at running — especially between the tackles. The LSU product has a 4.8 yards per carry on just 28 runs, including 75 yards after contact (YAC). For comparisons sake, Bernard has a 3.6 yards per carry rate and just 144 yards after contact on 68 runs. Thus, Hill is getting more YAC per carry. With all signs pointing to the absence of A.J. Green from the Bengals lineup, I expected Hill to be used a lot more often  as well — not just Bernard. His $3,800 price tag makes him a great option in this GPP format. Fantasy players need to remember this is a Carolina team that allowed 108 yards to LeGarrette Blount a couple weeks ago on just 10 rushes.

Brian Quick is $5,800 and has what many believe is a tough matchup against the San Francisco 49ers. The 49ers are a fun team to predict on defense because they play CB-By-Sides. Their #1 corner is Perrish Cox, and he’s had a marvelous season playing at LCB (matching up against the receiver spread out to the right side for the offense). Cox has the second stingiest NFL QB Rating allowed, behind only the Colts’ Vontae Davis — according to Pro Football Focus. The good news for Quick is that he spends 60% of his time lined up on the left side, where the much less talented Chris Culliver roams. Quick actually has a lot better matchup that people will realize. On a final note, Cox is the CB who shut Jeremy Maclin down in Week 4. Maclin was thrown at 10 times while Cox was covering him, and Maclin caught just two balls for 26 yards.

Dez Bryant is $6,600 and facing the tough Seattle Seahawks, but what’s important to note here is that Bryant, much like Quick, significantly lines up on the left side most often. The left side is where Byron Maxwell roams, and opposing WRs have 24 catches on 29 targets for 319 yards and a touchdown — Maxwell also has one INT on the year. Most everyone will be scared off by the matchup on the road in Seattle, but I’m not scared given this price tag.

Jordy Nelson is $7,700, and after the huge game by Demaryius Thomas last week, everyone and their mother will be on him. Nelson sees the highest % of team targets in the NFL right now at over 40%, and the Dolphins are 31st in the league in DVOA against opposing #1 WR according to Football Outsiders. Plug him in.

My big contrarian play on defense is the Bills D/ST. At $3,100 and the same price as the Broncos — who face the lousy Jets — the Bills have an excellent matchup against a woeful offensive line that I am absolutely not buying improvement from yet. The Bills likely get back league leading defensive tackle — in QB pressures — Kyle Williams this week, which is a death sentence for Tom Brady. The floor for the Bills is excellent as well because of the number of sacks they have this season. Only the Jets, at 17, have as many sacks as the Bills do.

Other plays: Redskins D/ST (Logan Thomas is bad), Ravens D/ST (The Bucs might be missing Vincent Jackson and Mike Evans). 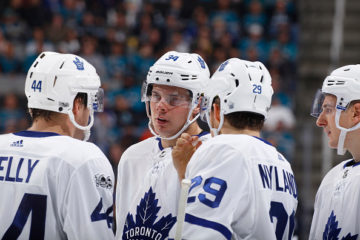