The Fix always has a full breakdown of significant NHL slates for our Front Office subscribers, but now we’re also going to be highlighting a few value plays for everyone on most days with big NHL slates. Below you’ll find three or four players who are cheap and undervalued in today’s DraftKings contests. Saturday night is another big night with eight evening games. Let’s go!

Vermette is finally showing signs of life at long last for fantasy owners. He has eight points in his last eleven games and that includes a multiple point night in that wacky games against the Columbus Blue Jackets. Goaltending will continue to be an issue as Mike Smith is expected to be out another two months or so. Arizona absolutely needs a rejuvenated Vermette to light a fire under the team.

The one concern will be his lack of shots but remember how little he is costing you. After all, it is not like a value player is going to get 15 DraftKings points in a night. However, the first line pivot might surprise against a New York Islanders team that has appeared a little out of sorts.

The Pittsburgh Penguins are just willing to try anything at this point and Sheary was on a line with Sidney Crosby at just about every 5 on 5 situation on Friday night. Sheary rewarded owners with a goal and an assist in the 6-2 loss at home to the Boston Bruins.

He played a hair less than 15 minutes on the night but showed a ton of energy while some of the youthful exuberance rubbed off on Crosby as he had a multiple point night himself. Yes, the rest of the Penguins were once again on vacation but Pittsburgh may have something with Sheary here.

The defenseman is getting the benefit of being moved up to the top pairing with P.K. Subban. That means a boost in ice time and of course some power play time as well. This difference on Thursday night meant a five minute uptick in average time on ice to over 22 minutes. While there were no immediate results on the box score, Beaulieu looked like he could not only keep up with Subban but could fire some booming shots in his own right.

It is clear that Andrei Markov is aging and if Beaulieu wants this top pairing job, all he has to do is take the assignment and run with it. Let’s see what the Montreal defenseman can do on Saturday against a Dallas that can give up goals in bunches sometimes.

There is no confirmation of the goalie at this time so we listed both Anaheim goalies because if there is one team that can make a bad team look good is New Jersey. The Devils scored just one goal against Al Montoya of all people in a 5-1 home loss to Florida that was a bitter pill to swallow.

Yes, Gibson has had a couple underwhelming performances but Anaheim has been rather awful all season long. Little has changed as Bruce Boudreau still cannot get enough of his top forwards to score enough. This makes it harder and harder for the Ducks goalies to perform well knowing their margin of error is slim. Here is a moderately high to high risk GPP play but if it hits, it could yield a solid reward. 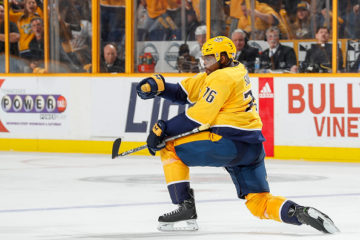