Welcome to the Week 10 Buy/Sell report, folks, your weekly one-stop shop for fantasy basketball trade musings. Here’s to wishing you a belated Happy New Year and I hope your fantasy squads enjoy immense success this season. If you’re unfamiliar with the column, five players will be examined and will be listed under the buy low or sell high categories based on their current trade value at this moment. Without further ado, let’s get started.

The man otherwise known as the Polish Hammer has been a consistent force for fantasy owners graced by his presence on their teams so far, but it hasn’t come with much fanfare along the way. A number of players are vastly underrated for fantasy purposes because they may not necessarily supply flashy production, and Gortat is one baller who fits the bill. While his averages in points (-0.7), rebounds (-1.3), assists (-0.5), and field goal percentage (-1.7) are down from his first season with the Wizards, he’s still providing a profit for owners who took the plunge on draft day based on his 60.7 Yahoo ADP compared to his actual rank. It’s also worth noting his averages in steals and blocks are nearly identical to last year while his turnovers are slightly down as well. Also helping the cause is the fact Gortat is shooting 77.6% from the free throw line this season, which would be a career-high in that department. So many bigs struggle at the charity stripe in the NBA today, and it’s a huge boon for owners who can manage solid percentages at the power forward and center positions.

Another factor helping Gortat is the fact fellow starter Nene is currently dealing with an ankle issue. The Wizards will likely be cautious with the oft-injured power forward and whenever he misses any time Gortat will be in line for increased production. Additionally, his usage in 2013 was 18 percent and it’s increased to 19.2% this year, so owners can likely pencil him in for a slight bump in points and rebounds the rest of the way. The 30-year-old is returning early fifth-round value at the moment and his well-rounded game combined with a small uptick in his statistical output could vault him up to a fourth-round value and beyond. Gortat is only averaging 10.1 points and 6.9 rebounds over his last 10 games and right now makes for a nice buy-low window for the talented native of Poland.

Let’s start off with the bad news. Ariza is shooting a miserable 36.1% from the field this year and it happens to be the worst mark in the NBA among the 120 players with enough shots to qualify for the dubious distinction. Although he’s never really excelled in this area of his game as evidenced by his career mark of 42.9% from the field, his previous career-low of 39.4% came back with the Rockets in 2009-10. Coincidence or not, it would be shocking if Ariza didn’t improve closer to 40 percent over the rest of the season as he has simply been mired in a horrendous shooting slump. In fact, Ariza hasn’t hit over half his shots in a game since Nov. 12 against the Timberwolves. If you were wondering, this means he has gone 23 consecutive games without making at least half of his shots. That’s an absolutely mind-boggling statistic for one of the leading three-point shooters in the NBA. Check out his shot chart from this year compared to last season.

His percentages have noticeably dropped off across the board and owners should take solace in the fact he’s still providing fifth-round value as he works his way out of a shooting slump for the ages as his shooting is bound to improve as the season progresses. Enough with the bad, let’s get to the good news now.

His 2.5 3PM is tied for the 7th-best mark in the league while his 7.8 three-point attempts per game tops the charts. Owners would likely welcome the 29-year-old UCLA product to take a few less treys and drive to the bucket more to help his sputtering field goal percentage, but there hasn’t been too much else to complain about considering he’s still outperforming his 62.2 ADP. His 82.7% mark from the charity stripe would be a career-high while his 1.7 steals per game represents the 9th-best figure in the NBA. The versatile shooting forward obviously has the green light to shoot from distance and his role on the court is to space the floor for James Harden drives and Dwight Howard kickouts out of the post, and he’s undoubtedly seeing a lot of open looks as defenses have to focus first and foremost on the aforementioned duo on defense.

While the 22-year-old second-year pro out of Indiana still struggles for consistency at times as he’s alternated between playing point guard and shooting guard for the Magic this season, his playing time is certainly not an issue and that’s extremely encouraging for his future fantasy value. Over his last 11 games, Oladipo has received at least 32 minutes of action in each game and his chances of producing solid fantasy lines on a game-to-game basis increase exponentially with this ample amount of time on the court. After a recent four-game mini-slump where he failed to eclipse 10+ points in three of four games, Oladipo has rebounded quite nicely over his last four games as he’s riding a little hot streak now. During the four-game strech ‘Dipo is averaging 16.0 points, 3.7 rebounds, 4.5 assists, 1.0 3PM, and 2.2 steals on 49 percent shooting. His versatile skillset allows him to contribute across the statsheet and this is what makes him such an interesting fantasy commodity.

Over the last month Oladipo is the 96th-ranked player in 9-cat formats and while owners are expecting him to provide more than 8th-round value, he possesses immense upside due to his stat-stuffing ability. Other encouraging parts of his improving game include his increase in FG% (+3.4) and 3PT% (+7.0) while his output in steals is virtually the same. His lousy field goal percentage held his fantasy value back this year and with that situation under control now all he has to do is do a better job at limiting his turnovers to further enhance his value. His 3.0 turnovers per game is tied for the 16th-worst mark in the NBA and it really limits his upside in 9-cat formats compared to 8-cat. He’s ranked 122 in 9-cat but when you eliminate the turnovers in 8-cat his value comes in at 71. Quite the difference there. Players with the ball in their hands a lot inherently turn the ball over more though so owners just have to hope he can keep his average under 3.0. He’s sporting a solid 23.6% usage rate this year and crafty owners should try to take advantage of his lackluster ranking so far in trade talks to acquire the uber-talented guard with top-60 upside.

Based on his 103 ADP prior to the season commencing, Collison has been one of the fantasy steals of the year so far so you may be a bit confused as to why he is listed under the sell high headline. Let me explain, but the first order of business is to address his current play. The 27-year-old out of UCLA has been scorching hot during his last eight games on the hardwood. During that time, Collison has averaged 18.5 points, 5.5 assists, 2.0 3PM and 1.6 steals on 55.4% shooting from the field. Very impressive indeed. He is having a career year for the Kings in his sixth NBA season as his current marks in points, three-pointers made, assists, steals, and blocks would all be career-bests. While his current mark at the charity stripe would be a career-low mark, he’s a career 85.2% foul shooter and is a great bet to get his average over 80 percent in the very near future. With all the positives you may still be wondering why I’m advising to sell high. In short, his recent pace is likely unsustainable and it’s a classic case of exploring the trade market to see if you can maximize a players trade value when he’s performing at his peak.

There’s no questioning he benefitted from DeMarcus Cousins missing a dozen games due to illnesses and it will be difficult for him to keep returning fourth-round value due to him being the third option on offense behind Cousins and Rudy Gay. Furthermore, prior to his recent three-point barrage over the last eight games where he’s averaged 2.0 3PM, he was only averaging 0.9 3PM for the year, which happens to be his previous career-high. In other words, it’s unlikely he’s become a sharpshooter from deep in the middle of the season and owners shouldn’t count on him to be a huge contributor in this area. While Collison is looking like a shoo-in for top-60 value barring a significant injury, aiming high while his value is at it’s likely zenith is the advised course of action. If you can cash in on Collison for the likes of Kemba Walker, Ty Lawson, Monta Ellis, Brandon Knight, or Eric Bledsoe, you should definitely consider it.

Starting in place of Kevin Garnett (rest) on Tuesday against the Bulls surprisingly poured in a season-high 29 points on a season-high 21 shots in 33 minutes. Those of you who have played fantasy basketball for a long while know that Lopez isn’t bashful about getting his shots up when he’s on the court. All one must do is look at his ghastly average in assists to see that his production in that area is nowhere to be found. Additionally, his mark in points would be his lowest for a full season since his rookie year in 2008 and his 5.7 rebounds per game would establish a career-low. Lopez has always been a sub-par rebounder based on his height but it’s just inexcusable that he can’t average at least 7-9 rebounds based on his big body. Another glaring issue that always seems to plague Bro-Lo is his propensity for being injured and it’s been no different this season as he’s already missed 10 games this year due to back woes. His next injury is likely just around the corner and it would be wise to sell him while you can at least get someone of value in return.

While his big game the other night was encouraging, Nets coach Lionel Hollins said yesterday Lopez would be heading back to the bench with the return of KG as him and Mason Plumlee continue to man the frontcourt. This is terrible news for his fantasy value if he continues to see less than 15 minutes per game like the last four games he’s played off the pine. He’s already playing a career-low 27 minutes per game and based on his injury risk and lack of production in rebounding/assists, there’s not a lot of room for long-term upside based on the fact Plumlee is considered a major part of the Nets future and the team seems determined to develop him this season. While you may not find the trade market on Lopez to be especially hot considering the aforementioned issues other owners may be aware of, it’s better to sell high while you can before it’s too late to get anyone of real value in return.

Thanks for reading and thanks to NBA.com/stats, Yahoo, and ESPN for providing the statistical information. Comment below with any questions or remarks you have concerning the article. You can follow me on Twitter @MattMoczy and I’d be more than willing to answer any questions you may have. 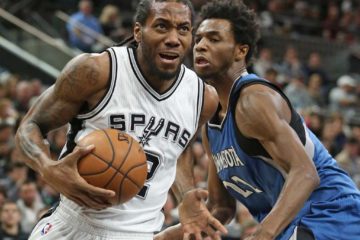 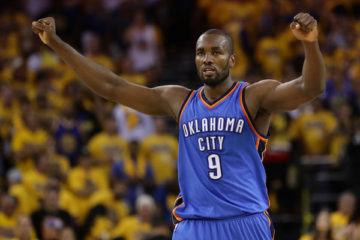 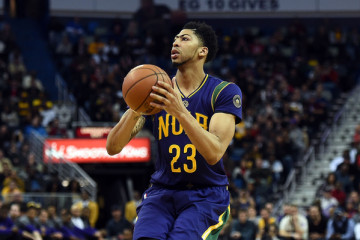 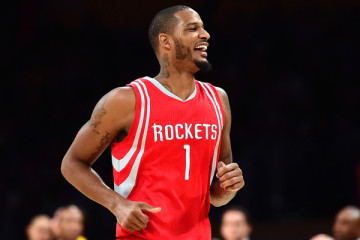