Welcome to the Week 17 Buy/Sell report, folks. If you happen to be reading this column, chances are you have a high level of interest in the NBA and fantasy basketball alike. The 2014-15 NBA All-Star festivities turned out to be quite entertaining with the loaded three point contest where Stephen Curry hit 13 straight threes in the final round to secure the title. Additionally, after a disappointing string of dunk contests in recent years, Zach LaVine stole the show with a plethora of emphatic dunks. The All-Star Game itself was a (predictable) shootout as well with the West beating the East 163-158 and Russell Westbrook took home MVP honors as he finished with a game-high 40 points.

With all that being said, after witnessing one of the most entertaining trade deadlines in recent memory yesterday, I just have one question to ask you all. For all the Gladiator fans out there, ARE YOU NOT ENTERTAINED? If you want a more in-depth look at all the trades and the fantasy impact they had, check out this trade deadline tracker column from my colleague at the Fix, Zack Rewis.

Alas, after what seemed like a long layoff that was causing me to experience NBA withdrawls, the games were back last night as the Thunder creamed the Mavericks and the Clippers outlasted the Spurs in a thrilling game. A couple of the players involved in the pair of games last night will be discussed in this edition of buying low and selling high and one of them happened to put forth a performance for the ages, and not in a good way. Enough with the anticipation, let’s get started with examining some prime trade targets.

To put it bluntly, Leonard has displayed some awful shooting over his last four games for the Spurs. He is a ghastly 12 for 52 during that time which equates to a 23.1% mark from the field, and he’s also averaging just 8.2 points in his last four outings. Either his hand/eye injuries he suffered earlier in the season are still affecting his shot or he is just going through a mini-slump. It’s likely a combination of both. Considering his career-low in field goal percentage prior to the year was 49.3%, it’s been surprising to see his mark plummet to 43.4% with his stellar efficiency leading up to this season.

The Spurs are leaning on Leonard more for scoring with Tony Parker, Tim Duncan, and Manu Ginobili all being considered past their prime, and he’s averaging a career-high 12.4 shots per game, which could be playing a role in his decreased efficiency. Even with his recent struggles from the field, Leonard has been a top-20 value on a per-game basis and astute owners should know by now that much of his value isn’t derived from scoring, even though he’s averaging a career-best 15.1 PPG. Rather, it’s his prowess to fill up the boxscore in a variety of ways.

In fact, his current averages of 1.1 3PM, 2.1 steals, 2.6 assists, and 7.5 rebounds would all be career-highs if they hold up. His 2.1 steals are tied with Russell Westbrook for the second-best mark in the NBA, trailing only Stephen Curry (2.2). Translation: he’s pretty, pretty good. Considering he’s only ranked 119th over the last two weeks in 9-cat formats, I suggest you buy low while you still can to get an early-round asset like Leonard. The Spurs are going to need him to break out of his funk down the stretch as they try to improve upon their seeding for the playoffs, so owners shouldn’t be worried too much about Gregg Popovich giving him DNPs down the stretch.

Speaking of having career-best seasons, Collison would fit the bill perfectly. His marks in points, rebounds, threes, and steals would all represent the best marks of his career while he’s extremely close to establishing personal bests in assists and field goal percentage as well. Playing the most minutes per game in his career (34:46) has definitely contributed to his breakout season, and with the Kings trading away Ramon Sessions at the deadline, Collison is going to get all the minutes he can handle in what has been a tumultuous season for the franchise.

In case you weren’t aware, Collison has been out of commission since suffering a strained hip flexor on Feb. 5 against the Mavs. While he was unable to go through a full practice yesterday, Sean Cunningham reports Collison is still hopeful to be on the court for the game against the Celtics tonight. If he can’t suit up tonight, there is a chance he could return for a showdown against the Clippers tomorrow. Nonetheless, his return is right around the corner so if you can acquire a top-50 asset for a bargain price for any owners worried about his injury and/or effectiveness down the stretch, take advantage of the opportunity.

Batum has been a regular throughout previous editions of this column, and this will likely be the last time yours truly goes to bat about advising to buy low on the 26-year-old Frenchman. In a rare bit of good news for him from a fantasy perspective, Joe Freeman said Batum was able to practice brace-free on Wednesday and this could be a sign that the extended rest he received over the All-Star break did wonders for his much-maligned right wrist. Even with his prolonged struggles from the field this year, Batum has still provided owners seventh-round value thanks to his versatility in filling up the box score. Though he only averaged 4.7 points in his final three games before the All-Star break, his averages of 8.3 rebounds and 4.7 assists likely kept owners from pulling their hair out.

His previous career-worst mark of 42.3% shooting came back in the 2012-13 season, and he has also averaged at least 1.5 3PM over his last five years. Batum definitely has room to improve upon his efficiency and current averages in points (8.9) and three pointers (1.2) if he’s able to put his wrist issue in the rearview mirror for the second half of the Blazers season.

It’s very hard to evaluate Batum’s prospects for the rest of the year with the unknown surrounding his wrist injury as it could flare up at any time, but considering his pedigree of supplying second- and third-round value over the past couple of years, he deserves the benefit of the doubt for just a tad bit longer. Much like Leonard, Batum is one of those guys who is annually underrated to his stat-stuffing ability and he’s a great playmaker. Players like these are hard to find and my advice is to buy low. There’s a chance you could hit the jackpot if his scoring returns to career norms down the stretch. If not, he will still provide value thanks to accumulating hard to find stats.

The trade sending Brandon Knight to the Suns was one of the more surprising trades of the deadline considering how well the Bucks have been playing in the East this season. The common consensus was the Suns would only trade one of Goran Dragic or Isaiah Thomas, yet they ended up shipping off both to the Heat and Celtics, respectively. Knight will join Eric Bledsoe in the Suns backcourt and the duo should be an exciting duo to watch considering their freakish athleticism. While the 23-year-old Kentucky product likely won’t have much trouble sustaining his averages in points and threes, it may be a different story for assists as he won’t be the primary ballhandler anymore. It’s hard to say for sure, but his marks in steals and rebounds could be looking at a slight dip as well as he adjusts to playing with new players, coaches, and schemes.

Jason Kidd was a great influence for Knight in Milwaukee and clearly played a pivotal role in paving the way for him to have a great season on the court so far this year, so it will be interesting to see how he will be implemented in Phoenix. While his usage rate will assuredly fall as he’ll have to share the backcourt with a ball-dominant guard in Bledsoe, the Suns penchant for playing an uptempo offense should in theory create more possessions for him compared to playing with the Bucks. That may help him out in supplying the counting stats.

Even though Knight is still poised to provide owners with reliable fantasy value on a high-octane Suns team, chances are he likely won’t be providing top-35 value anymore as he was the clear lead dog with the Bucks. Now he’ll have to contend with Bledose and Markieff Morris for primary scoring responsibilities. It may not be a big dropoff, but I’m projecting him for top 50-60 value the rest of the season.

If you’re punting free throw percentage, then you can probably ignore this blurb. But for the vast majority of us who play the smart way and don’t punt, it’s time to trade Jordan. Look, he’s a nightly double-double threat who has supplied three 20-20 games this month after not having recorded one previously in his career, and his 13.8 rebounds per game and 72.5% shooting lead the NBA. Additionally, he hasn’t missed a game since the 2011-12 season and there is something to be said for players who possess great durability. He is a physical specimen who possesses great shot-blocking ability, and while he has made great strides in a lot of areas of his game and deserved All-Star consideration this year thanks to his breakout play, he’s still a disaster from the charity stripe.

According to Basketball Reference, Jordan earned the dubious distinction of becoming the first player to take more than 25 free throws and make less than 40 percent of them since Wilt Chamberlain 48 years ago as he proceeded to go 10-of-28 against the Spurs last night. Ouch. Jordan owners in roto leagues were likely able to survive the first couple months of his horrid free throw shooting due to him not heading to the line much, but it’s a completely different story as of late. Need proof? Check out the table below detailing his month-to-month increase in free throw attempts.

As you can see in the table above, his free throw attempts had been steadily increasing before his rate skyrocketed this month. One could say the Spurs putting him on the line 28 times skews the data, but in his last game Jordan was put on the line 26 times by the Rockets and it’s clear some teams will employ this strategy to try to slow down the game. Owners could likely live with the putrid percentages the first few months but since the month of January arrived the issue has been exacerbated due to the plethora of attempts and it’s been a real impediment to his fantasy value.

Thanks to NBA.com/stats, ESPN, and Yahoo for providing the statistical information. Be sure to comment below if you have any questions or remarks concerning the article or trade offers involving your team. You can follow me on Twitter @MattMoczy and I’m more than willing to answer any questions. 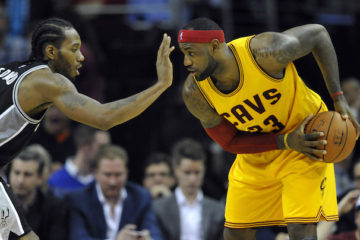 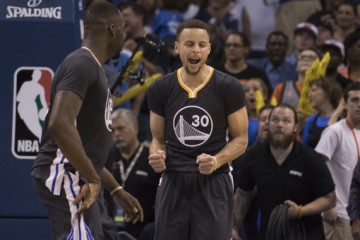